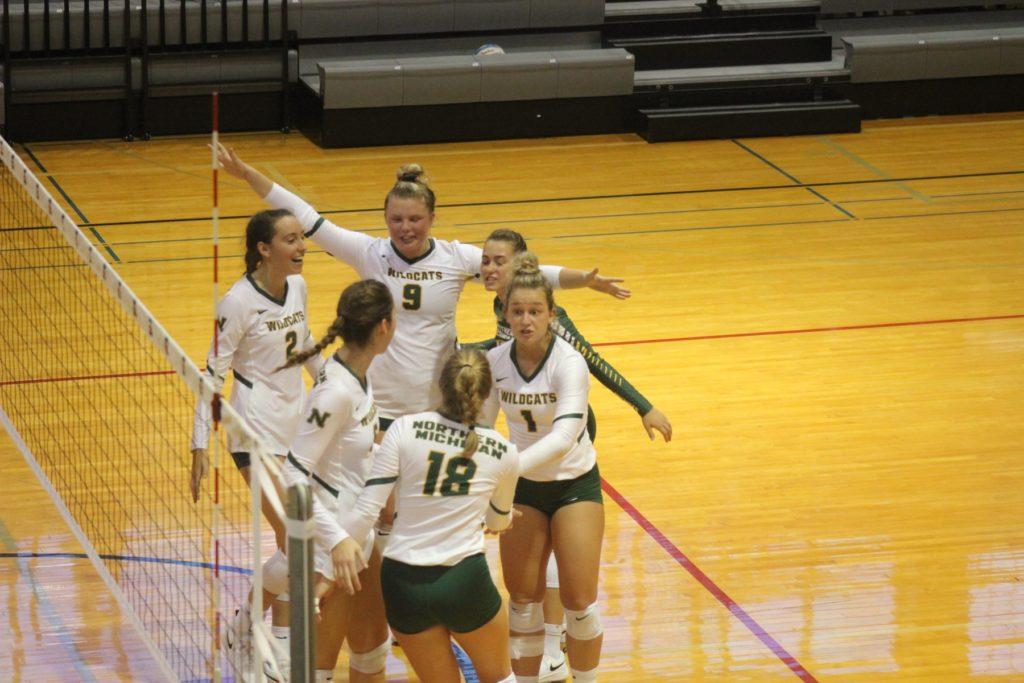 RIVALRY GAME, PART TWO—After falling to MTU 3-0 earlier in the season, the Wildcats are looking to avenge themselves against the 18-4 Huskies on Saturday, Nov. 2. Photo courtesy of NMU Athletics.

The battle of ‘Cats and Huskies continues with a rematch on Saturday, Nov. 2 when the 10-12 NMU Volleyball team squares off against 18-4 Michigan Technological University (MTU) at the Vandament Arena.

While the Huskies finished the first meeting 3-0 on Sept. 24, the games were significantly closer than the final score suggests. NMU lost their second set 26-24 and took a late lead in the third and final set 24-23 before MTU scored the winning point. But people don’t realize how close the whole match was, Head Coach Mike Lozier said.

“It’s the nature of the beast, like I was telling people. It’s like the equivalent of losing a basketball game 70-66,” Lozier said.

Michigan Tech represents a huge test, riding a seven-game winning streak. The Huskies’ roster has experienced players with two of the best players in the region—Olivia Ghormley and Laura De Marchi. Defending Ghormley, slowing the ball down and strong serving are the focus this week, Lozier said.

“[Ghormley] is still going to get the numbers, but just like a basketball player, we’re going to hope her percentages are down even though we know she’s going to jack threes,” Lozier said.

One key to that defense is freshman Madeline Crowley, who rotates through the back row and has really improved this season.

“When we recruited her, we didn’t know where she was going to play,” Lozier said. “But now she’s become a significant role player on this team.”

Compared to the experienced Huskies, the Wildcats are quite young, with seven freshmen and sophomores logging significant time on the court. Lozier said that inexperience hasn’t stopped the ‘Cats from competing with some of the best teams on the schedule. Their growth is a big reason for optimism in the rematch with Michigan Tech.

“We have a player [Abigail Durecki] in the middle who is a freshman and is probably going to win freshman of the year in my opinion at this point, if you just look at the numbers,” Lozier said.

One other reason the matchup Saturday with MTU could prove favorable to the Wildcats is their playoff mentality. Lozier said there has been an increased intensity over the last month as the team sets their eyes set on the GLIAC tournament.

“With these seniors we have, Sarah Keuen, Chey Pyka, and Gabby Martines, we want to give them the best senior year possible,” Lozier said.

The coaching staff spoke to the implications of the match with Wayne State University and the Wildcats won 3-0. Last weekend was a similar message and NMU won their matches over both Purdue Northwest and Parkside.

“I think this team rises to challenges,” Lozier said. “I think the best thing about the rest of the season is going to be if we keep doing things the way we’re supposed to do, we’re going to position ourselves to potentially make a run.”