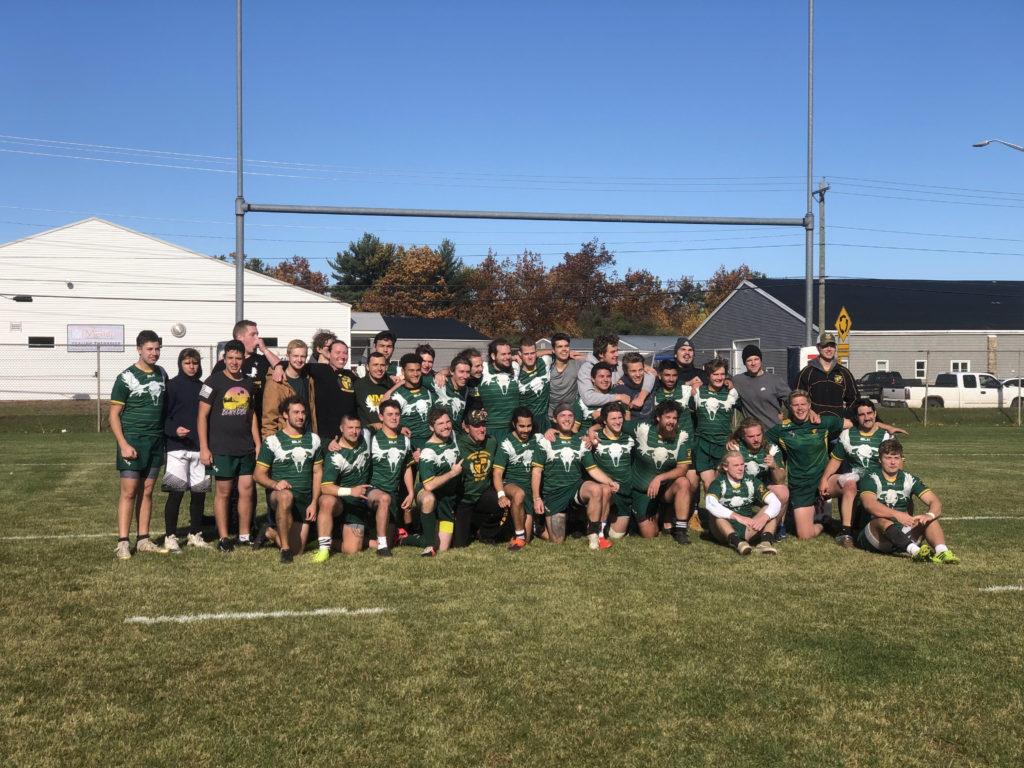 PLAYOFF BOUND—The Moosemen pounded UW-Milwaukee by 61 points on Saturday, Oct. 26. The Moosemen now await their postseason fate, as the team qualified for the playoffs. Denali Drake/NW

On a trademark crisp fall afternoon, the NMU Moosemen took on University of Wisconsin-Milwaukee (UWM), resulting in a whopping 66-5 win on Saturday, Oct. 26.

Head Coach Jordan Buss said he was impressed with the team’s defensive skills and proud of the outcome that came of the game. UWM was considered the Moosemen’s top rival which made the dramatic win even more meaningful for the team.

“It’s been great to see the rookies really stand out. We’ve never had a young group like this that have caught onto the game so quickly and have had a blast playing,” Buss said.

After the game, Moosemen Captain Noah Martin reflected upon the season thus far. The Moosemen had a rocky start, with some tough losses, however, the team continued to work hard and built themselves to win.

“We came together, overcame, took all that we had and left it on the field,” Martin said. “You can’t underestimate anybody. We never had a mentality that they were any worse or any better than we are.”

Inside center Wes Zegan values the brotherhood aspect of being on the team, the support spreads off the field to create lifelong friendships. There is an attitude of setting a good example of what else the school offers outside of classes, hiking and having fun, Zegan said.

“We had one goal in mind: let’s control the ball for 80 minutes of the 80-minute game and not give up. I believe we did that effectively,” Zegan said.

As for the future of the Moosemen, it will require a sharp focus from the players and ample energy for the game.

Rugby fans can look forward to nationals next, as the Moosemen have qualified for the playoffs. The rival team has yet to be determined as the Southern Division finishes its qualifying games.