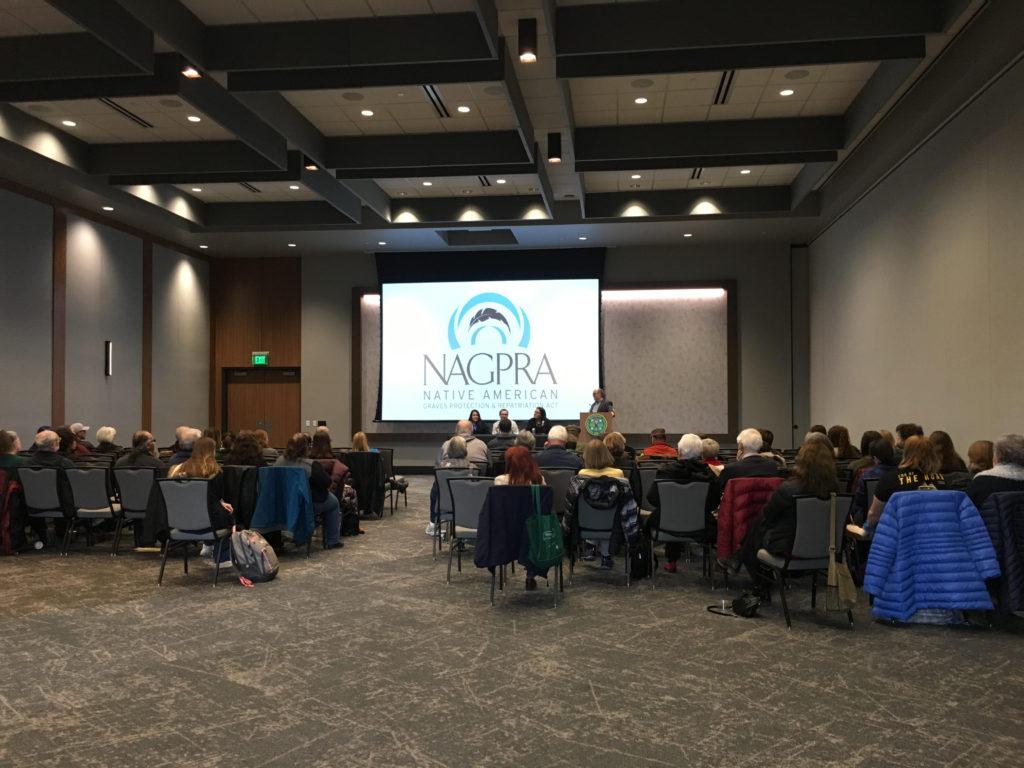 Tribal administrators, acad-emics, students and a former presidential assistant convened to exchange ideas and research on issues facing Native American populations in the U.P. for a day-long conference.

The 19th annual Sonderegger Symposium took place on Nov. 1. The symposium is an academic conference focusing on the history and culture of the U.P. put on each year by the Beaumier U.P. Heritage Center and Center for U.P. Studies.

The conference focused excl-usively on Native American Studies this year. The day-long event, titled “Anishinaabek: East, South, West, North,” took place in the Northern Center from 8 a.m. to 5 p.m. and was free and open to the public.

After a blessing by Vicki Dowd of the Hannahville Indian Community near Escanaba, as well as a welcome and introduction by NMU President Fritz Erickson, the academic presentations com-menced with NMU Professor of Native American Studies Martin Reinhardt speaking on “Documenting Food Knowledge.”

Though four of the presentations were given by professors of Native American Studies hailing from NMU, other scholars attended from more distant locations. Michael Dorn, an independent scholar from Kansas City, Missouri, talked on “An Ohio Valley Perspective on the Medical Far North.”

Students were also in attendance to glean cultural knowledge related to the tribes of the area.

The keynote address of the event was a presentation given by Karen Diver of the Fond du Lac Band of Lake Superior Chippewa and member of the Native Nations Institute at the University of Arizona. Diver is the former special assistant to President Barack Obama for Native American Affairs and her address centered on “Anishinaabe Views About Wellness.”

Panek said he found the keynote address by Diver to be the most intriguing of the day’s presentations.

“Diver’s talk was really amazing. She brings a lot to the table behind her background experience as well as how she views our legislation as well as how to act in that area. She’s also really funny,” Panek said. “She’s very forward and unforgiving to assert our tribal sovereignty and our self-determination, and our ability to say that we are the people who have been here for millennia.”

“Occasionally there would be a presentation about Native American culture, but never a full day,” Truckey said. “We just thought we’d try something different this year, and I think these are important issues, and there were a lot of things kind of coming to the forefront.”

Like Panek, Truckey hoped the conference would help promote a greater awareness of the U.P.’s native population.

“Hopefully the impact will be that students and community members have a greater appreciation of the culture and issues regarding Native American people of the Upper Peninsula and the area, and see them as a living and vibrant culture, but one that’s challenged, like any other,” Truckey said.