Earth in turmoil, humans are to blame 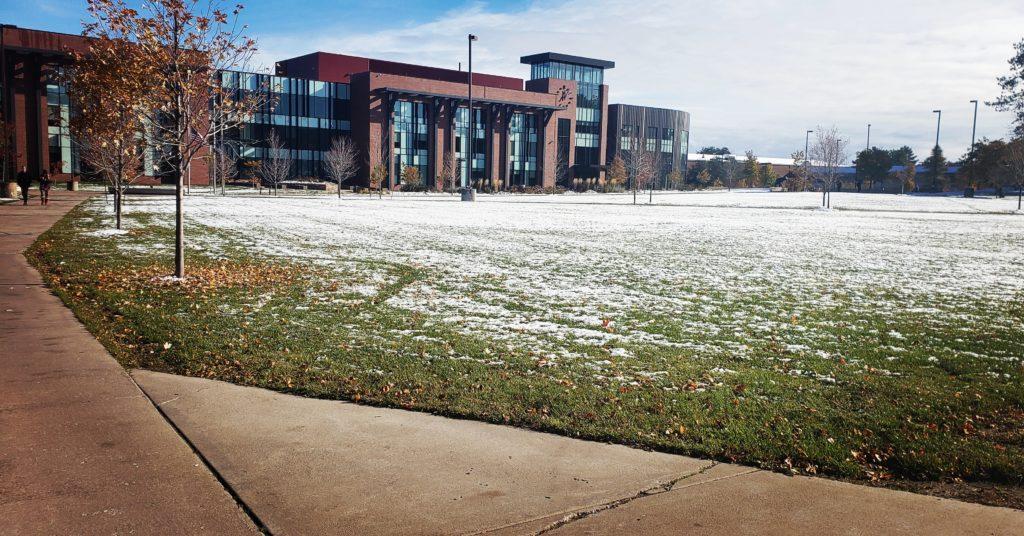 Climate change is real. This time, humans caused it. We now have to deal with the consequences.

The Earth is dying. Her murderers have names and addresses, but assigning blame and expecting punishment is currently impossible. The people killing Earth are the same ones that are the first and loudest to dismiss climate change as either bad science or a deep-state conspiracy run out of the United Nations (UN) or another, shadier equivalent (sadly, this particular absurdity is not a joke). As frustrating as this state of affairs is, we need to talk about solutions.

When you encounter a train coming at you at high speed, the rational thing to do is to get off the tracks. Being on the tracks is what caused this problem in the first place. When it comes to climate change, it seems that a sizable portion of the population (including the President) are convinced that both the tracks and the onrushing train are just strongly held opinions instead of the imminent danger that they truly represent. Most of the people who hold the reigns of power at present will be dead before our generation has to deal with the mass displacement and resource scarcity that will inevitably develop if we continue on the path we have followed since the industrial revolution.

I read Jessica Parsons’ article “Reading Theology into Facts: Christian Perspective on Earth’s Climate Change” in The North Wind recently that linked climate change with the rapture. The argument went something like this: God’s will involves climate change as it leads to the end of the world. Now I am all for respecting belief but it is perplexing why we do not give God credit for the maths, physics and scientific method of understanding that has identified climate change or those same tools we can (and have) used to find viable alternatives to how we currently treat the planet.

To paraphrase the famous philosopher Freidrich Nietzche, what the hell kind of masochistic line of bullshit is your pastor pushing? I was going to write an article advocating for accelerationism toward a Posadist utopia (zombies optional), but that article successfully managed to make an even more outrageous point. While those who choose to follow this line of thinking might get the chance to leave a dying Earth, the rest of us have to deal with the consequences of our current outrageous and willfully ignorant environmental policies.

I cannot passively accept that the chosen few will get to hang out with the Almighty at Applebee’s at the end of the world, while the rest of us will boil alive in a giant greenhouse furnace made of our own greed. Apparently, it serves us right because it is the reckoning of our sins. If sin here refers to the fact that we voted climate deniers into office. At least the stockholders had record profits. God bless.

Waiting for divine intervention to solve our worldly problems is problematic. In our society, we place a large burden of personal responsibility on everyone. Explaining God for anything no longer serves as a valid excuse. Blaming God for climate change is the ultimate refusal to accept humanity’s responsibility of being Earth’s stewards. Humanity cannot remain idle when it comes to reacting to our shared global issues. By doing nothing, we are actively hamstringing our future generations. The moral obligation of society should be ensuring that there will be an Earth sustainably habitable for future generations. Yet, with one more appeal to religion, the status quo is reinforced. Enough said.

So, solutions; let’s talk about dog-whistles. Overpopulation is a common one. Yes, there are a large number of people on Earth. These are all individuals that have the same right to live and prosper as the rest of us. Sometimes, even the strongest need help. Watch out for loaded wording that refers to people as the weather. People cannot flood.

The other dog whistle is that climate change measures are too expensive to be pragmatic. The United States has spent as much, or more, money on our recent conflicts in the Middle East as the UN predicted would need to be spent worldwide to achieve the climate change goals set for 2050. We have the means to ensure the survival of our species with the technology we have now, but it seems that the profit margin to save humanity is somehow too slim.

There is a Native American saying that goes: “When the last tree is cut down, the last fish eaten, and the last stream poisoned, you will realize that you cannot eat money.”