Can someone just look me in the eye? 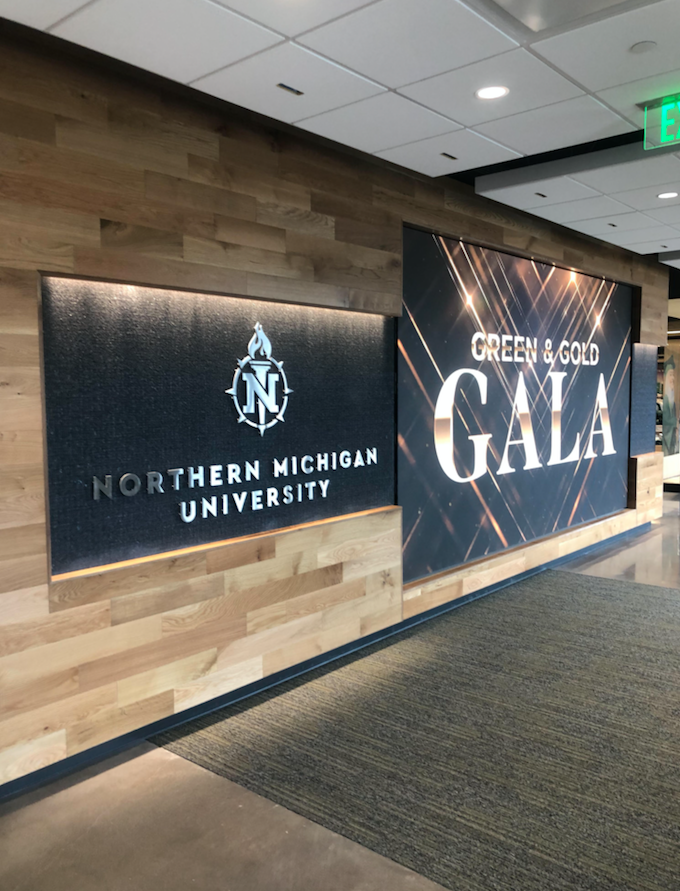 INAUGURAL GALA—The first-ever Green and Gold Gala was held at the freshly built Northern Center Sept. 21 to raise money for a series of scholarships to help students in need. The money raised came from half the price of the attendee’s tickets which were $150 a person. Denali Drake/NW

Kids dream about what they want to be, and more often than not, it’s those dreams that set the path for the rest of their lives. But in those innocent years, it all seems easy as if things will just happen and one day you’ll finally be an astronaut or write the world’s best song. The dream that keeps everything going and moving forward.

Since I was nine, I knew I wanted to write, to somehow put my words out to the world and have them mean something. I wanted to be Lois Lane—star reporter, a strong woman who took risks and saw all the action of Metropolis just trying to tell people the right story for the Daily Planet. It’s why I’m here.

I’ve never thought much about how my Cerebral Palsy (CP) would affect my job. It never came up and while sure, I get a few weird glances once and awhile, I’ve spent a majority of my time at Northern and at The North Wind feeling just like any other reporter. But there are those moments when reality hits like a swift punch in the gut.

In September, I was assigned to cover the Green and Gold Gala, a university fundraiser and inaugural event for the Northern Center. All different kinds of people from the NMU and Marquette community were there, but it felt like just another day on the job. With my coworker Denali Drake there for photos and moral support, I tried to dive head first into what became one of the most challenging nights of my career so far. I started out getting input from different faculty and staff, President Fritz Erickson was more than willing to sit down with me. But then things seemed to shift. We slowly waded into the crowd of donors to get impromptu impressions on the evening. Yet, I couldn’t keep their eye contact or much of their attention and I had no idea what I was doing wrong.

I was wracking my brain around how I could make people more comfortable with me when Drake finally stopped and explained what she saw. These people were studying me, my walker and my braces, not bothering to hide their ignorance or curiosity to actually look at me. Some of them wouldn’t even meet my eye  when answering and kept their attention on Drake. One of them even gave me a condescending pat on the shoulder as we talked. But we still had to finish. I had to try at least a few more times to get in a few interviews to make sure the event had quality coverage. It was the same result and knowing why only left me stuttering and struggling on my own. I just wanted a way to fix this, but what is there to do when my body was the distraction? The weight of it all felt like an anxiety attack.

I woke up the next morning feeling lost. I didn’t want to write anything or barely be around anyone. Just going through Jamrich, I became so much more aware of glances that never bothered me before. The ignorance of these people had made me uncomfortable in my own skin and doubting my ability to continue in journalism. I knew in my gut there would be other nights like that with more stares. My disability felt as if it was blocking my dream from ever moving forward. That’s when I looked back at my network.

The North Wind staff was there giving me the air that I needed but also the push to not just fall into my self-doubts. To have someone there to witness all of it and a group willing to listen to all of these raw feelings, I felt protected and validated.

Even though I could run into that situation again down the line, I’m thankful for my mentors who gave me the right tools and coworkers who were there for me to lean on. Those moments happen when the professional world seems to deal with the most vulnerable parts of you. It sucks to deal with, but the networks are there for a reason. Mentors and coworkers have either gone through it or are there right beside you with similar feelings. I know I got lucky with mine.