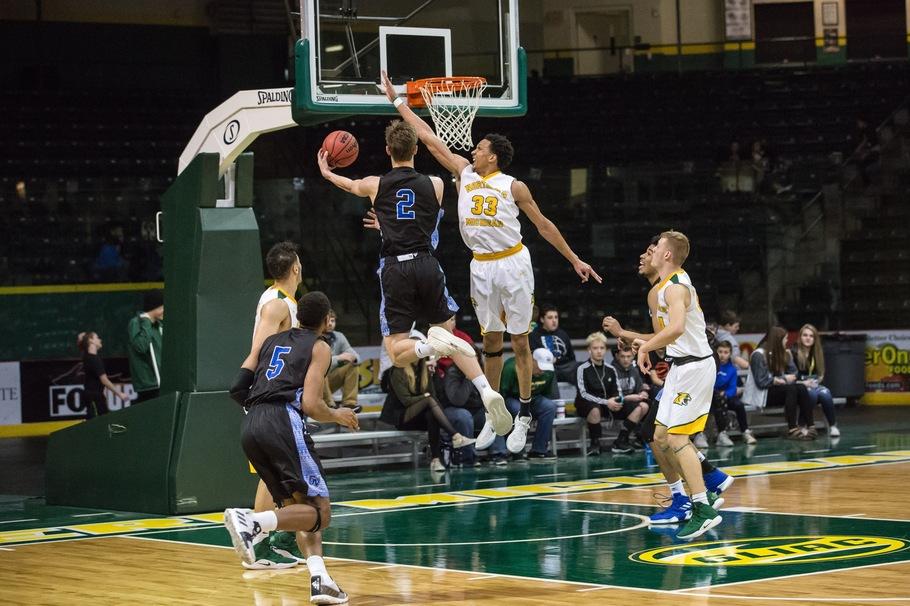 A new era is running through the NMU Men’s Basketball program, and Head Coach Matt Majkrzak is the new man in charge. Majkrzak was announced the new head coach of NMU on June 26, after Bill Sall left to return and coach at his alma mater, Calvin College. Majkrzak hasn’t been here for more than four months, but he had only great things to say about coaching here.

“It’s going well, I love everything about Northern, the town first and foremost,” Majkrzak said. “The guys have been super open to be coached and really receptive. I think that’s always a challenge in your first year, just how everyone’s going to embrace the new culture, new styles and new message. The guys have been great with all that and very open and a lot of coaches talk about ‘I need my guys. I need my guys’. These guys already are my guys.”

Coming into the season, the Wildcats will have to face a big question: how will they replace Naba Echols and Isaiah Johnson? Both were First Team All-GLIAC last year and both ranked in the top eight in most points in school history. NMU has plenty of returners from last year, but none are the prolific scorers of Echols or Johnson.

“We have a really unique team this year entering the year because we have so many returners who played a lot of games, and won a lot of games in the league,” Majkrzak said. “But it’s completely different when you lose the two guys who made everything happen, and those two guys definitely brought offense but also just leadership.”

Seniors Sam Taylor and Myles Howard will be the players that this young team will lean on. Howard was named to the Pre-season All-GLIAC team last month, and Majkrzak said that Howard is the best defensive player that he has ever seen at the Division II level. Taylor has also made his mark on the defensive end, winning multiple awards in the category over the course of his career. Majkrzak also mentioned that sophomore Troy Summers and junior Alec Fruin are two players that will need to affect the game on the scoring end. Fruin played power forward to end the season last year, but now will start at point guard in the team’s first game on Saturday, Nov. 9, Majkrzak said.

Echols is back at NMU helping out on the coaching staff in Majkrzak’s first season, as he is finishing his degree. Along with Echols, Majkrzak brought in Keil Ganz from St. Norbert University as an assistant coach. Majkrzak said that Ganz brought over defensive principles that they will use this season. Majkrzak has his coaching staff and roster ready, all there is to do is go out and see his team play for the first time.

The Wildcats travel to Lebanon, Illinois to compete in the GLIAC/GLVC Challenge, hosted by McKendree University (MU). The first game is at 6:30 on Saturday, Nov. 9 against the Lewis University Flyers. NMU has a quick turnaround for its game at 4 p.m. on Sunday, Nov. 10 against host MU.