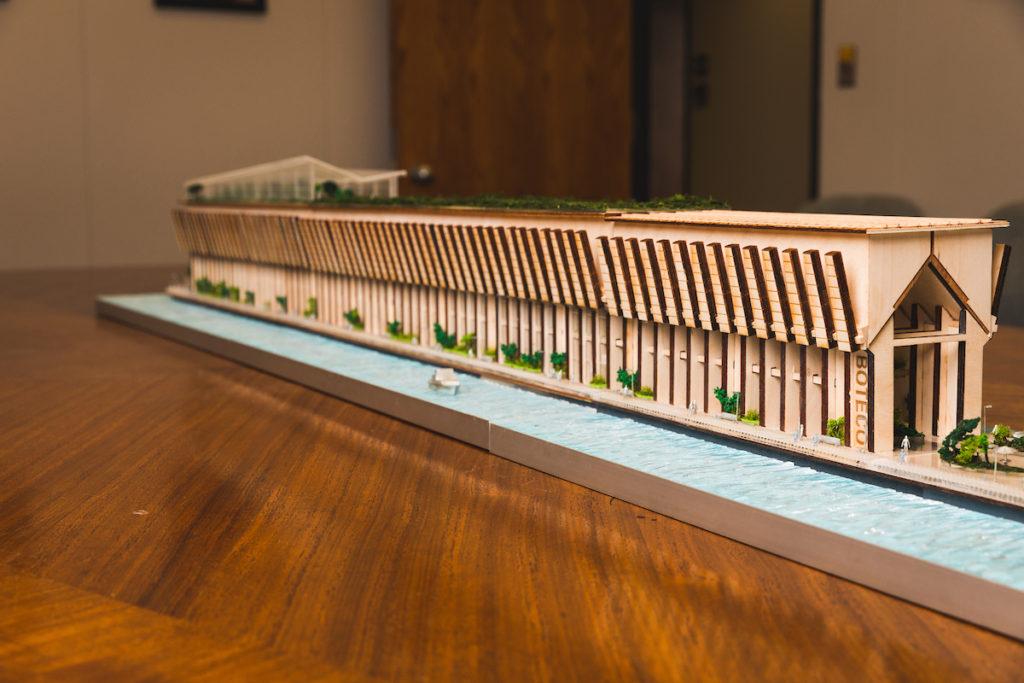 GRAND PLANS—A model of the planned BotEco Center was created by the NMU art department to aid in the project’s completion.

Plans for the Ore Dock, a relic of Marquette’s mining past, to be transformed into the BotEco Center, a new tourist attraction featuring a full botanical garden and event space, are being aided by students and faculty at NMU.

“The goal is to transform the already iconic structure that there is in downtown Marquette and really turn it into a space for the community and Marquette as a city,” senior management major Chris Black said.

Black volunteers for BotEco through the Student Leader Fellowship Program as part of his service internship. Black also attends board meetings at the BotEco nonprofit organization, and he also runs project social media accounts and provides public relations services.

The project will be completed in three stages. Phase one is focused on gaining access to the dock so that visitors are able to get to it. This stage will involve the building of a promenade around the dock, which will add 2,000 extra feet of shoreline for access to the lake, Black said.

“People can really get out there an experience what the lake has to offer,” Black said.

Even with the addition of this boardwalk, the project is thought to include no environmental risk to the lake.

In the second stage of construction, there will be the partial enclosure of the space in the dock, providing space for community events. The third stage will involve the actual installation of the botanical garden and a roof, allowing for private events such as weddings, Black said.

Phase one is estimated to cost just over $6 million, and to complete the project through phase three would cost in excess of $100 million, Black said. BotEco is in the process of applying for grants at the moment.

The Ore Dock BotEco Center is a nonprofit organization separate from the university, though it is doing some work through the university. A model of the structure was built by the art department at NMU and is currently on display. There are also economics students assisting in making an economic impact report, and the college of business is creating a business plan.

A PLACE TO GATHER—A digital model (left) shows how the BotEco center might be used by the community for festivities of all kinds. The material model shows the project’s final stage of completion and demonstrates the diverse greenery to be planted and displayed on top of the iconic, historical Marquette mining structure.

“Hopefully it would be a great asset to Marquette and hopefully boost tourism, bringing more people downtown to spend money at local businesses and really enjoy the outdoors and the lake,” Black said. “It would also be a great addition to Lake Superior as a whole because it’s a really nice central hub to showcase the beauty of it.

The project began in October 2018 and included three components: making a design of the area, creating a business plan and performing an economic impact analysis. The business plan will create ideas for the sorts of activities that will go on in the BotEco Center. For the economic impact analysis, a team of students and a professor required information on the behavior of tourists.

Senior economics major Ryan Meister and senior economics and math double major William Soper both work under economics Associate Professor Hugo Eyzaguirre to complete the economic aspect of the project. They hope the analysis will be completed in the coming year. 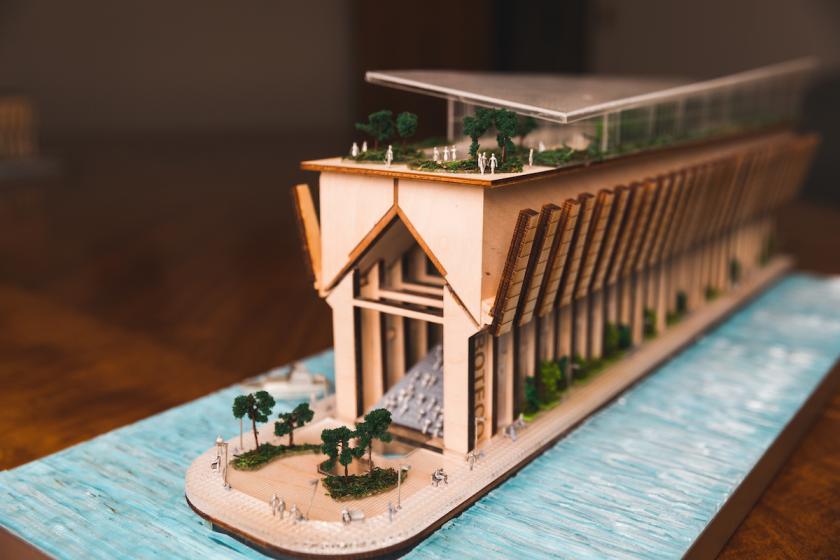 “I like the aspect of recycling something that is being unused at this time. It’s just a giant ore dock sitting there. It’s very important to the city of Marquette. But to see it functioning and being used would be cool,” Soper said.