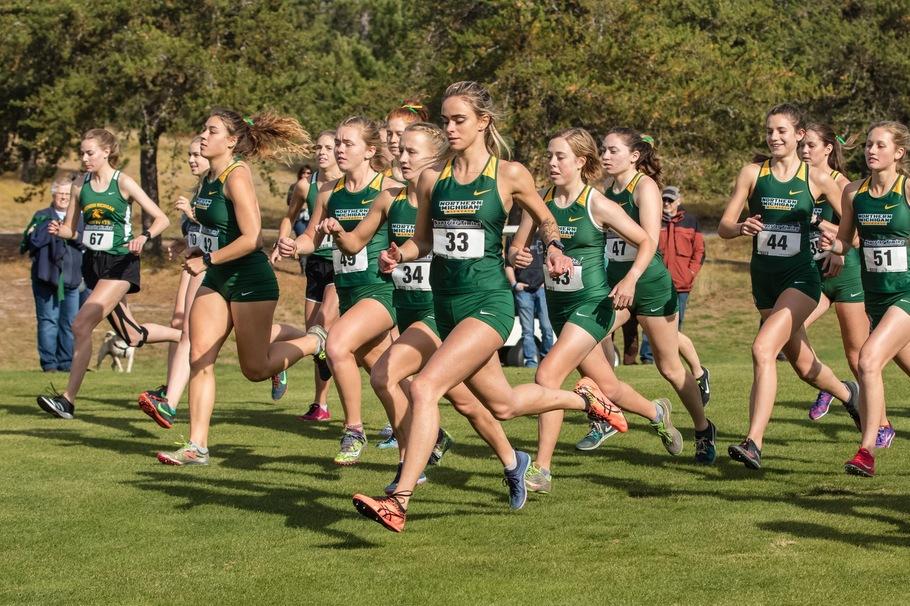 The Wildcats Cross Country team finished off its season taking 11th out of 32 teams at the Midwest Regional on Saturday, Nov. 8.

Head Coach Jenny Ryan was happy with her team’s 11th place finish due to the strength of the region as a whole.

“The race overall went well and everyone ran fast. We had five of our runners run their fastest time,” Ryan said. “We had hoped to finish higher, but with the amount of top talent in our region, 11th was a good place.” Senior Katelyn Smith performed well in the last race of her career, placing 19th out of 222 runners with a time of 21:38.0. Smith received All-Region honors, and Ryan praised Smith’s worth ethic, talking about how Smith trained all season a year ago for regionals, but was unable to compete after getting sick.

“It was so great to see her [Smith] turn it around (from last season) and run so strong all season and finish it off with a great performance,” Ryan said. “She became a great leader and mentor for the younger girls on the team, that makes me so proud of her.”

Though it was the last cross country race for the seniors on this year’s team, they will get one more go-around this spring when the track and field season begins.

“The good thing about this sport is with these seniors, we still have two more seasons with them this year,” Ryan said. “[The cross country team will miss] their leadership and the positive attitudes they brought to the group.”

Ryan said her team came a long way from the beginning to the very end, and was happy to see her runners grow together.

“This team bonded and learned from each other, they were always supportive of one another,” Ryan said. “They ran faster in each competition having their best races at the end of the year.”

Even with the seniors who had a big impact gone, Ryan expects success come next fall.

“I expect big things from the returning runners next year. This is a young group and with another year of training they should move up quite a bit and we should have some great success,” Ryan said.

The Wildcats’ Indoor Track and Field season is next on the docket for Ryan and her team, its first meet is on Saturday, Dec. 7 at The Opener, hosted by the College of St. Scholastica in Duluth.