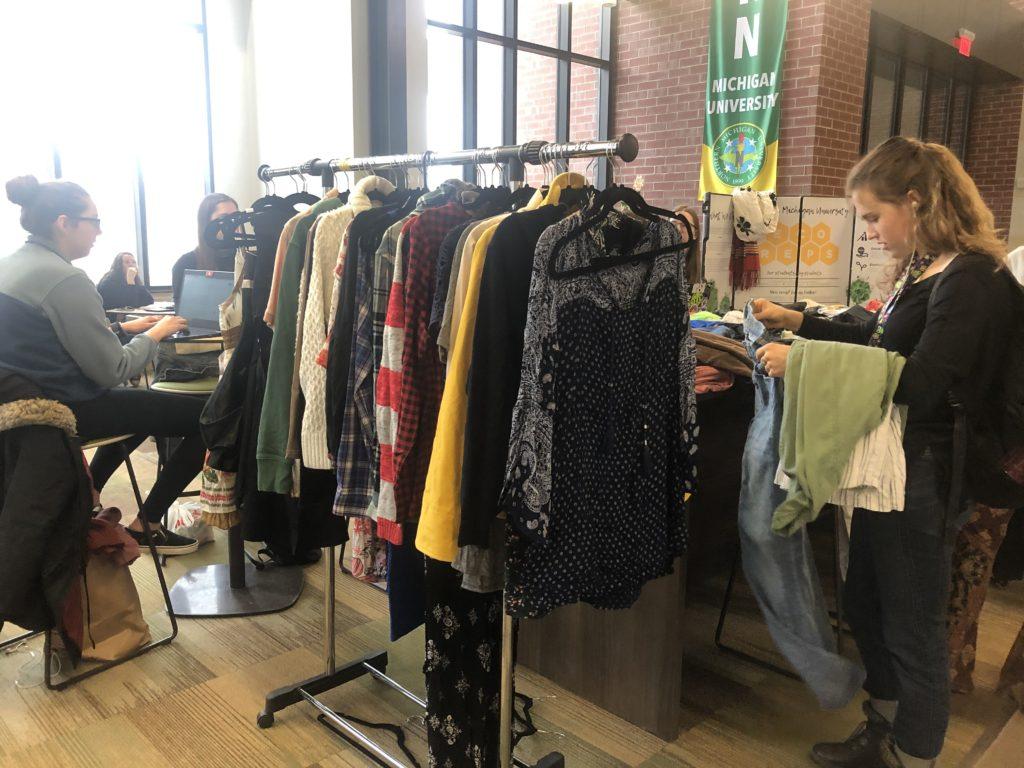 “We did it to help promote sustainable fashion because fashion is actually the second largest polluter behind oil in the world. Promoting for people to buy used clothes and swapping clothes instead of buying new stuff and having stuff end up in the landfill is kind of the idea,” Vivian said.

The student organization has four executive directors that are heads of individual committees—workshops, outreach, regular programming and campus-wide initiatives.

“There’s three different pillars [of sustainability]. There’s economic, social and environmental and all of our events, programs and work that we do is focused on promoting those pillars and trying to get more people aware and involved in how to help those issues,” Vivian said.

The group began about three years ago after a campus-wide initiative was taken by the university president, said Megan Khodl senior environmental studies major and member of the EcoReps advisory board.

“We are the student branch off of the sustainability advisory council here at Northern which is a group of faculty and staff that was appointed by the president to advise him on sustainable initiatives and efforts that need to be done on campus,” Khodl said.

Clothing Swap is just one of the many events EcoReps brings to campus to practice sustainability with students. This is the second year the event has been on campus and this last event was the second time this semester. They plan on doing two more Clothing Swaps next semester as well.

“We usually partner with Pack Ratz which is the women’s shelter downtown and we donate the excess clothing to that,” Vivian said. “This time we have a lot of stuff so we might end up spreading it out amongst the different thrift shops around town.”

Vivian said that they received a surprising amount of men’s clothing this time around even though it’s usually harder to get male participation.

Sophomore psychology major Emi Hunt did a little fall cleaning before break and brought lightly used clothes to the swap.

“The fast fashion industry uses a huge amount of water to produce and any way we can do our part and help out is important,” Hunt said. “It’s a great was to recycle and prevent still wearable items from going into landfills. All environmental reasons aside, it’s fun to find unique pieces that you wouldn’t find otherwise.”

EcoReps will hold their last meeting of the semester at 6 p.m. on Tuesday, Dec. 3 in Jamrich 1311.