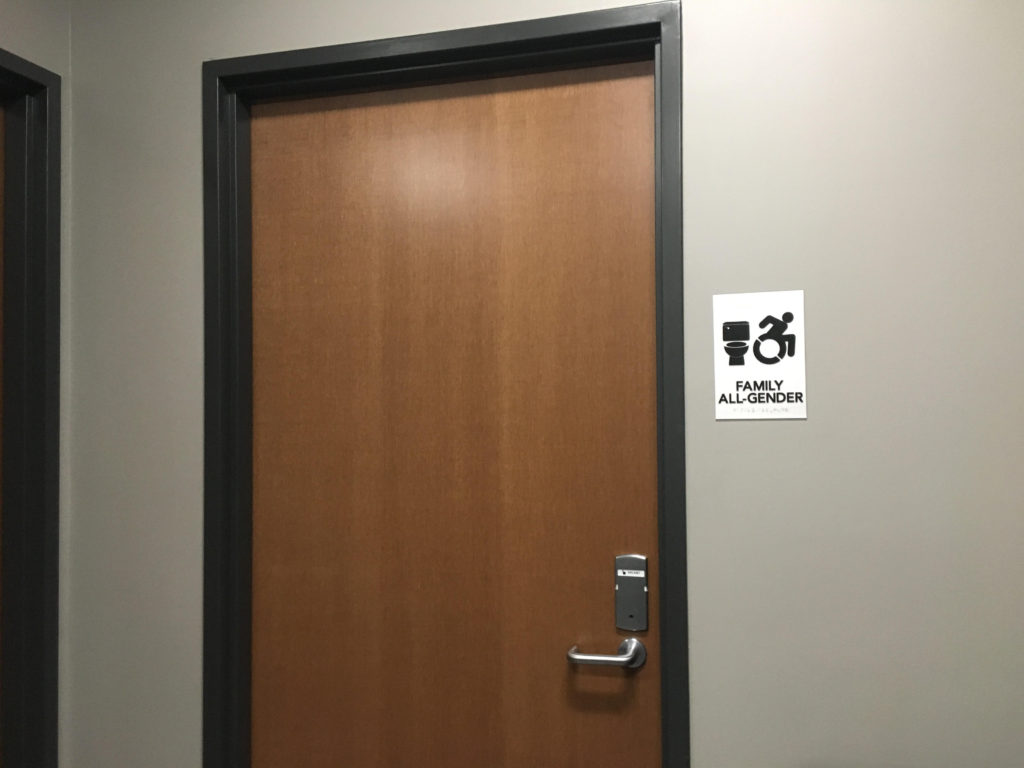 INCLUSION, NOT EXCLUSION—Campus policy groups discuss gaps and focus on broad issues of diversity, including LGBTQ+ initiatives, in a meeting held on Thursday, Nov. 14 in Jamrich Room 1320.

Students can expect to see a flurry of small changes around campus as part of an effort to make the university more inclusive for its diverse student body.

These changes are likely to come after a Friday Nov. 15 brought about a gathering of policy groups on campus, all coming together to discuss how NMU can improve its approach to diversity.

This discussion of holidays, which came about at the end of the meeting, sparking interest in holding a meeting centered solely on issues of diversity. With the aid of Chief Diversity and Inclusion Officer and chair of the President’s Committee on Diversity Jessica Cruz, the meeting brought together several groups on campus, as well as individuals positioned well to make tangible changes.

“We realized it would be more productive and much more interesting, rather than having these separate conversations going on about inclusion and equity and diversity issues, to have a joint meeting,” Cruz said.

The groups represented included many faculty members, the president’s council on gender and sexuality, the President’s council on diversity, Queers and Allies student organization, the Diversity Student Alliance and ASNMU. Erickson attended, along with Director of Athletics Forrest Karr.

“Each of these people will have ideas that they’re going to take back, that they’re going to think about, and bounce their ideas off of someone else,” Warren said. “I have the feeling…that this is something [Erickson] will want to continue too. I suspect we’re going to see more of these meetings where diversity and inclusion are topics not just of the president’s committee on diversity but of everybody talking about tangible things we can do.”

The meeting focused on broad issues of diversity, including LGBTQ+ initiatives. As an introduction, Cruz spoke on the difference between inclusivity and equitability.

The meeting then split into small group discussions, each group including university policy makers and students. Within these small groups, members of different bodies based conversations on simple questions about diversity. What does an inclusive and equitable campus look like? What can we do to make more of that happen here? How do we continuously reaffirm our commitment to diversity, equity and inclusion?

Dean of Academic Information Services and co-chair of the Strategic Planning and Budgeting Advisory Committee Leslie Warren said these conversations aided in envisioning a new future for diversity on campus.

“We can lay out this vision, and then we can go into the conversation, as we did, and we can think about what would we change to get there,” Warren said.

The joint meeting was held partly to solve the problem of little communication between different parts of campus taking actions toward the same end goal.

“What was helpful about the conference when everybody came together was how many departments on campus were represented,” junior History major and Director of External Affairs for ASNMU Logan Hartz said. Hartz said he hopes one next step might be changing bathroom signs from the old unisex bathroom sign to a more inclusive all gender family bathroom with a mobile wheelchair design.

“There’s a lot of momentum and folks willing to roll up their sleeves and get to work,” Cuz said. “Quite a few things that came up that I think were tangible, that were action items.”

Cruz is hoping a retreat with the diversity committees would come next. Another change she hopes to see would be the establishment of a diversity liaison in all departments to deliver support services for students with disabilities. Students would know who to go to to receive help.

Warren also said she sees some things that can come out of it quickly. One of these practical and quick changes is faculty adding pronouns to signature blocks on their emails.

“These concepts are ones that are tied into the university’s values. So we see this bigger context of giving voice to more issues relating to inclusion and equity. This is a piece of that. I suspect we’re going to see more,” Warren said.