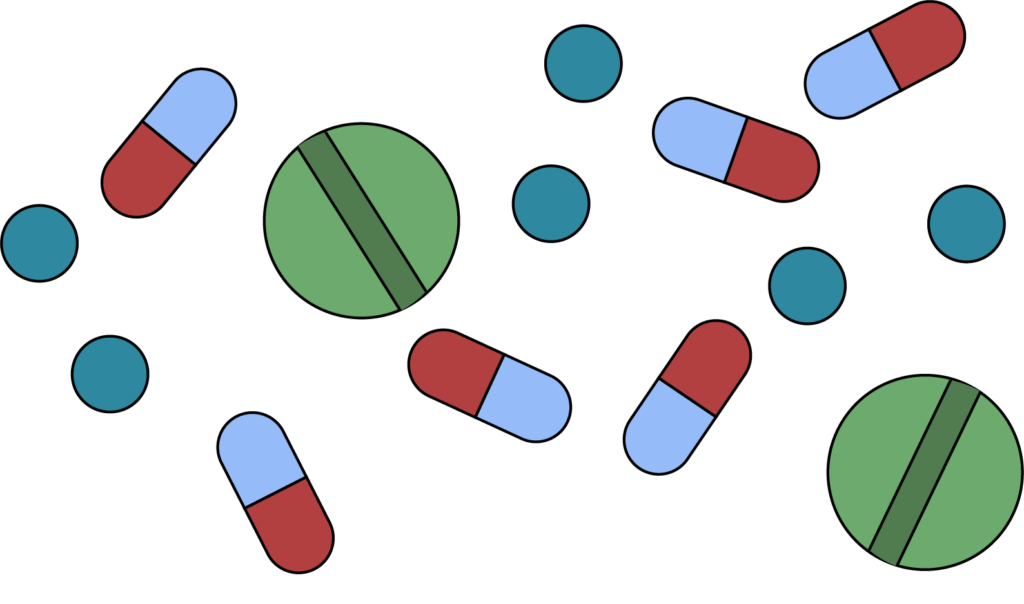 For those who consider taking medication for their mental health issues, there are many arguments one could make as to why those pills should be avoided. For example, many are concerned, whether consciously or not, about the stigma that comes with being medicated for a mental health disorder. Perhaps one feels that taking pills would make it somehow “official” that there is something very wrong or that taking meds would reinforce some idea that one is “crazy.” One might think, “I shouldn’t need meds. I should be able to beat this on my own.”

Maybe concerns relate more closely to the high incidence of unnecessarily prescribed medications for some things which have been classified as disorders, such as ADHD.

Then there’s always the concern over side effects, a very real problem, especially when it comes to antidepressants, which can actually cause an increased risk of suicidal thoughts.

“Antidepressants may have a role in inducing worsening of depression and the emergence of suicidality in certain patients during the early phases of treatment,” and very common neurological effects include an increase in insomnia for up to 33% of patients, anxiety for up to 15% and nervousness for up to 14%. This is according to drugs.com, providing information to consumers about the prevalence of side effects for different medications.

For some mood disorders, medications can reduce the productive bursts of creativity that are born from manic or hypomanic episodes and the ruminatory suffering that accompanies depressive episodes. For creative individuals, a loss of this creativity can feel crippling, and the sacrifice may be too much to bear, making medication not an option.

A sense of one’s own priorities and goals is necessary to assess whether medication can make the changes you desire for yourself. Medications for mental health problems, with their effects directly impacting the functioning of your brain and nervous system, affect your behaviors, your outlook, your personality. In many ways, they change who you are, similar to how aging or overcoming an obstacle can change who you are. In many ways, this can be a frightening prospect. For me, it was exactly what I wanted and needed.

In my case, for years I felt hopeless with the foreboding that my mental heath would never improve. I tried constantly to improve but was unable to make satisfying changes.

As my instances of suicidal thoughts and plans increased, I became more desperate and resolved to take the SSRI Prozac. My family had a history of similar mental health problems, and my grandmother had shared with me that Prozac had made a huge positive difference in her own depression in the past. Armed with the knowledge that this medication had worked for someone else in my ancestry, I decided it was worth a try.

I had tried a similar prescription for Zoloft in high school and had not noticed any drastic results. Though it reduced symptoms of social anxiety somewhat, it did not combat my most pressing concerns. Ashamed of the fact that I was on medications, I stopped taking it after several months.

I underwent a similar false start with Prozac as I began college. Though I immediately noticed a positive change when I began the meds, I ran out of my prescription after a month and avoided refilling it. During the next four months, my symptoms returned in full force, and I became very afraid of the seemingly-increased possibility of hurting myself. I went back to Prozac and stuck with it this time.

The relief I felt as a result has been kind of ridiculous. My use of Prozac to combat my symptoms has resulted in a turnaround that feels incredibly freeing.

I suppose my point here is to assure others who had similar hesitations about meds that they can be helpful. If given the chance, they can sometimes accomplish the changes that are needed. I would recommend assessing one’s own needs and goals and experimenting with solutions.

Being satisfied with life, with yourself, is not out of reach. Feeling trapped and hopeless doesn’t have to be a self-fulfilling prophecy. We have medical resources now that human beings have only recently developed, and having the courage to address your own fears and longings by taking advantage of all your options may prove to be the solution that gets you through the next year.