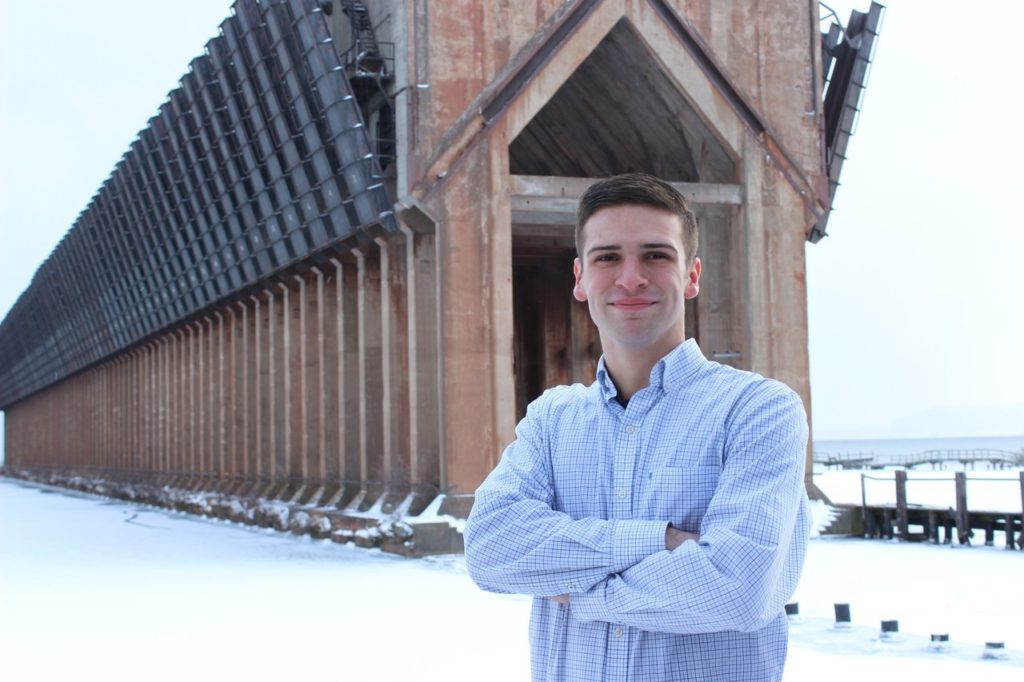 NEW ERA—Effective Dec. 15, ASNMU President Cody Mayer will resign after serving over a year. He looks forward to focusing on Marquette as a whole.

In a campus-wide email, ASNMU President Cody Mayer announced his resignation on Tuesday, Dec. 3 due to other commitments rising in his work and personal life.

Mayer has served ASNMU as president for over a year and a half, and his resignation will be effective Dec. 15. Being a sergeant in the Michigan Army National Guard, a Board of Directors member for the Marquette Brownfield Redevelopment Authority, a husband and with a baby girl on the way come March, Mayer noted that he won’t be able to work full-time providing for his family plus govern a student body.

“The decision to resign as president was not easy, but it was the right decision,” Mayer said in a North Wind interview.

Current Vice President Paige Pucelik will take over as president and Mayer said he feels confident that she will surpass the role with her intelligence and being a “pragmatic individual,” her experience as vice president over the past eight months will come in handy. A new vice president will be appointed at 7 p.m. Thursday, Dec. 5, in Jamrich 1317 at the ASNMU meeting.

Though Mayer didn’t make the decision to resign lightly, he said he’s proud of the goals ASNMU implemented during his tenure.

“The only way I think I could evaluate my leadership as president is with a saying I live by, ‘Leadership is the ability to translate vision into reality,’” Mayer said. “We accomplished so many great things and made significant progress on some important topics.”

“I have a fundamental belief that God’s purpose for me in this world is to make other people’s lives better and help them achieve their dreams. I have found public service to be the most effective and rewarding way to do so,” Mayer said. “The most rewarding part of being president is that with every big decision I always got feedback from students it affected and the amount of gratitude they conveyed was both rewarding and humbling.”

ASNMU College of Arts and Sciences Representative Jake Putala—junior political science major—said that it’s been a privilege working with Mayer on academic and policy issues.

“[Mayer] is a top notch leader. He led ASNMU in the right direction and formed critical relationships while advocating for students,” Putala said. “Cody stepping down is a loss for the student body and the university as a whole, but I understand his decision and am confident he will continue to be a leader in the greater Marquette community.”

Mayer said he wouldn’t have done anything differently as president as “regretting the past prevents you from moving forward.”

Upon his resignation, Mayer said he will enjoy spending time with his wife and eventually newborn daughter and finish off his last semester with a public administration degree.

“I will continue to serve where I am needed on campus but will be shifting from focusing just on NMU to the Marquette Community as a whole, which NMU is a critical part of,” Mayer said. “I look forward to the next assignment God gives me and I am beyond grateful for the support our NMU family has given my family and I as we prepare for this new chapter in our lives.”