Splitting a pair in Alaska 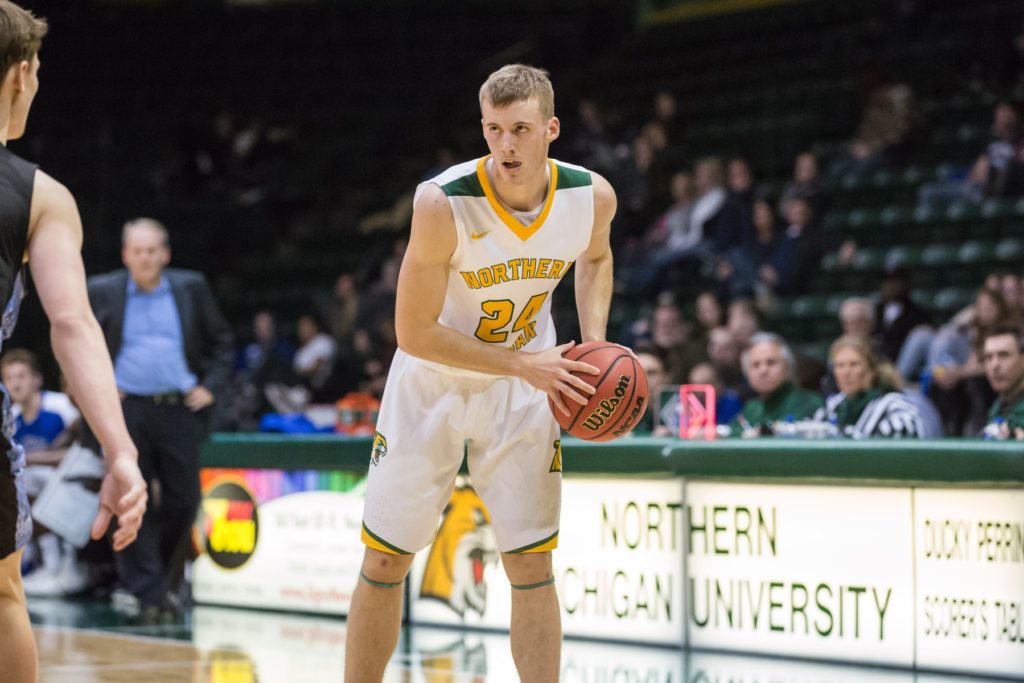 The NMU Men’s Basketball team is getting ready for its first two conference match-ups of the season after splitting two games in the Seawolf Thanksgiving Classic.

The Wildcats’ first game was a pleasant surprise with a 50-point 95-45 win over the University of Alaska-Fairbanks (UAF) Nanooks on Friday, Nov. 29. NMU raced out to a 42-23 halftime lead before outscoring UAF 53-22 in the second half that resulted in the large margin of victory. Senior guard Sam Taylor and freshman guard Noah Parcher paced the ‘Cats in scoring with 14 points each. The team shot 55% from the field, and totaled 51 bench points.

The second game of the weekend didn’t go as well, as they were defeated by the University of Alaska-Anchorage (UAA) Seawolves 84-76 on Saturday, Nov. 30. The Wildcats’ comeback bid fell short after trailing by 15 at halftime. NMU cut the Seawolves’ lead down to three at one point but UAA hung on for the home win. Senior guard Marcus Matelski’s 17 points was a team-high for Northern, and junior guard Alec Fruin’s 15-point effort earned him All-Tournament Team honors while averaging 11.5 points per game after scoring eight in the first game against UAF.

After splitting games for a third consecutive weekend, the ‘Cats sit at a record of 3-3 on the year. Head Coach Matt Majkrzak liked what he saw in Friday’s win, but was also pleased with Saturday’s losing effort.

“I think we performed really well on Friday,” Majkrzak said. “On Saturday, we struggled to adjust to the speed of the game in the first half, but I think we played our best half so far this season in the second half.”

It was another learning experience for the team in terms of basketball, but Majkrzak was appreciative of the bonding his team was able to do on the Alaska trip.

“The best part was the opportunity to spend a lot of time together, it was a unique oppportunity to be in Alaska over the break,” Majkrzak said.

Now as the GLIAC slate approaches, the real challenge of the grueling season begins. NMU’s first test is at home on Thursday, Dec. 5 against the Northwood University (NU) Timberwolves. Against NU, the Wildcats have performed really well in recent years, going 7-1 in the past eight match-ups. The ‘Cats then have a day off before hosting the Saginaw Valley State (SVSU) Cardinals on Saturday, Dec. 7. Even after final exams are over, the intensity continues for the Wildcats as they travel to Houghton on Sunday, Dec. 15 to take on the Michigan Tech University (MTU) Huskies.

“It is a whole another level of competition, people know each other a lot more and preparing for specific matchups on the court for a while,” Majkrzak said. “It is really nice to start at home and going to Michigan Tech next weekend, you can’t really ask for a better start than this.”

In the importance of the beginning of conference matchups, being consistent enough with his young team this year is important in order to reach its biggest goals of championships, Majkrzak said. The race to the postseason begins against NU, tip-off is at 5:30 p.m. from the Berry Events Center.