Consider the ignorance behind voting in 2020 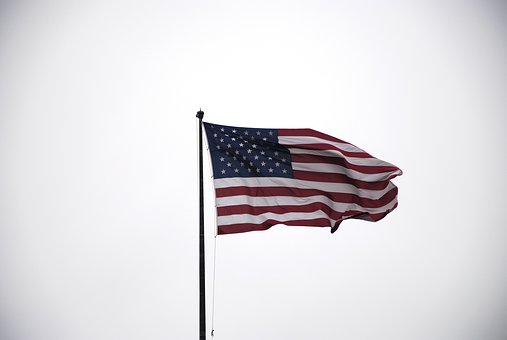 Socrates, “I know that I know nothing.” Confucius, “When you do not know a thing, to allow that you do not know it; this is knowledge.” It’s a lesson taught throughout history and around the world: find humility in one’s ignorance. I, for one, find no greater humility in life than when I scour through the policy proposals from the 2020 candidates, searching for what might do the most good.

Realizing the limits of one’s knowledge is obvious in one’s everyday life: I wouldn’t dare attempt skydiving tomorrow, nor would I take up my own wrench to rebuild my truck’s transmission, nor would I be foolish enough to DIY my own open-heart surgery.

These are cartoonish examples, but one can imagine any example of the boundless ignorance in one’s life, and the care one has to take against that ignorance. Any one of us is blind to an unimaginable multitude of mechanisms and variables in our lives and in our societies.

Then consider the limits of knowledge not just about our own lives, but in evaluating other’s, or a community, or nation. For example, I couldn’t be qualified to critique the Amish lifestyle, community or welfare. Their world may be alien, their methods seemingly antiquated, but how could I pretend to know enough to administer productive changes? I have a notion they’d be happier with 5G internet and smartphones, but actually their life expectancy is higher than the national average. All I know is I  should acknowledge my ignorance and let well enough alone.

If the Amish asked me for help, perhaps I could, but only in my own limited capacity. The Amish are merely one example of the many unique communities  in this specially diverse nation.

Now look to the topics which are being considered on at least the national stage in these upcoming elections: international trade, economic policy, federal healthcare policy, global climate change, immigration. I consider myself well-read on economics, public policy and politics; I spend maybe even a few hours a week keeping up with current events via a few mediums and sources and I study economics.  That said, I can’t possibly pretend to be an authority knowledgeable enough to select which policies we should administer, maybe not even on the level of Marquette, but especially not the nation.

Ignoring partisan fanaticism, every candidate claims to have a solution to help improve international trade, the economy, federal healthcare policy, global climate change, immigration. Ignore for a second whether or not the U.S. president should have powers over these topics, and whether or not the office does in fact have powers to administer solutions these issues.

If I hear Bernie Sanders, Elizabeth Warren, Tulsi Gabbard, Andrew Yang, Donald Trump, William Weld and the rest of the gang propose to have solutions, how can I possibly judge the efficacy of their proposal? How can I judge not just the short term effects on myself, or my peers, or some specific community, but also the long term effects on the whole people?

Take healthcare, for example. I’ve heard co-workers and friends in Wisconsin say good things about Badgercare, and I know my sister likes whatever healthcare she has, but I also have a notion informed by media authorities and peer anecdotes that healthcare nationwide is generally not great.

Granting that there is a problem, each of these candidates possess a solution. Yang’s plan is not Bernie’s plan is not Weld’s plan is not Trump’s plan. This much is clear, having looked at their campaign sites.

This is where I have to take the wisdom of Socrates and Confucius to mind. It would be reckless hubris for me to pretend anything more than casual ignorance about the efficacy of their proposals.

How could I choose one package of solutions to healthcare, or any other national proscription, for myself, my community, the diverse communities of this nation, and the rest of the roughly 400 million citizens and non-citizens?

Maybe I can pick out a single topic, like healthcare and research it intensely and with extraordinary diligence. Maybe I prove to have the aptitude to really understand the specific and general problems with healthcare exactly, and clever enough to decide on which proposed solution is the most effective.

Even if I could have confidence in grasping the proposals of this single issue, the office which I am electing doesn’t merely pretend to the authority of declaring healthcare policy.

By voting with that in mind, I’m receiving a package deal of healthcare, immigration, international trade, fiscal policy, monetary policy and social policy. If my ignorance of a multivariable problem like healthcare is clear, then my inability to weigh the tradeoffs of every policy proposal, in every topic—for me, for every specific interest group and for national welfare in general—must be undeniable.

These government offices, which pretend to such extensive powers, demand careful consideration beyond what we’re capable of calculating. Therefore, I don’t take my ignorance of these issues which are addressed by the federal offices as shameful and part of my reality.

I consider it noble and wise to recognize my ignorance­—that one individual young undergraduate with a multitude of interests outside of politics and public policy, knows the limits of one’s scope and capabilities.

I refuse to be at fault for the damages caused by ignorantly and randomly selecting one set of proscriptive policies over another. Recognizing this inability to calculate the effects of federal policy proposals­, I will not vote in 2020, and I implore others with the nobility to acknowledge the limitless bounds of their own human ignorance to do the same.