Track and field dominates at only home meet 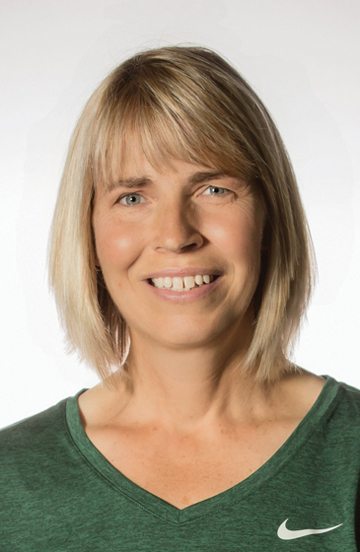 'CATS RIGHT ON TRACK—Head Coach Jenny Ryan has your team roaring forward and ready for more as the schedule begins to get difficult. Photo courtesy of NMU Athletics.

The NMU Track and Field team hosted its only home meet of the season in the Northern Challenge this past weekend on Saturday, Jan. 18. The Wildcats as a whole dominated the meet, winning 15 out of 16 races, while also breaking a school record in the 4x200m Relay. The relay team of Izabelle Peterson, Lauren Alarie, Maria de Mingo Domenech and Martin had a time of 1:45.03.

“The meet went very well overall. The team had some great efforts and performances by all athletes,” Head Coach Jenny Ryan said.

Although it was a day for the seniors, there were plenty of performances to be pleased with in Ryan’s case.

“Katelyn Smith won the mile and 3000 meters with some very great times, Izzie Paterson won the 60-meter dash and was part of the relay team that broke the school record,” Ryan said. “Nina Augsten won the 55m hurdles, Dunja Drobac won the triple jump with a very good jump and Maddie Campbell won the high jump with a very great jump.”

In an attempt to improve and get better for the GLIAC and National Championships, the Wildcats need to build off of previous meets and learn how to adjust from mistakes. There is a lot of season left, and with the potential of this team, minor things are what need to be the focus.

“We work to learn something every time we compete so that the next time we can race even better,” Ryan said. “We have a very talented team and they have bonded well and are very positive and supportive group. It will be exciting to see what we can do for the rest of the season.”

Coming up this weekend for the ‘Cats is a road invite at Saginaw Valley State University (SVSU) in the Jet’s Pizza Invite. This will be the beginning of road trips for the Wildcats for the duration of the season, the starting time for the invite is to be announced and will take place on Friday, Jan. 24 and Saturday, Jan. 25.