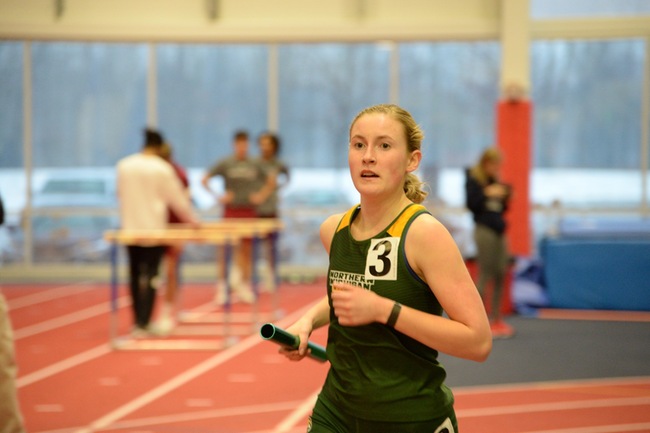 RUNNING THE GAUNTLET—The Wildcats have a tough stretch ahead of them, beginning on Saturday, Feb. 8 with the Pointer Invite. Photo courtesy of NMU Athletics

The Wildcat Women’s Track and Field team participated in the Jet’s Pizza Invitational at Saginaw Valley State University on Friday, Jan. 24, and Saturday, Jan. 25. NMU ended the meet with 15 top-10 finishes, and eight in the top-five.

12 teams from all three divisions competed in the meet, but many Wildcat runners were successful in their races. Freshman Jordan Butler finished second in the triple jump, and senior Katelyn Smith also placed second in the 3k run. Junior Nina Augsten kept it going for the ‘Cats in the pentathlon, finishing in fourth.

“The meet went well overall,
we had some solid results,” Head
Coach Jenny Ryan said. “Many
PR’s were made.”

The first few meets of the
season have flown by, but Ryan
has learned a lot about her
team thus far.

“We have some good athletes in almost every event, the team also has a great positive atmosphere and they push each other to the next level,” Ryan said. “Our goals are to continue to improve, so that we can have our best performances at the GLIAC Championships.”

After having a week off, the ‘Cats head to Stevens Point, Wisconsin to compete in the Pointer Invite on Saturday, Feb. 8.

“We plan to continue the momentum, and focus on what we have learned in meets to move up even more in our performances,” Ryan said.