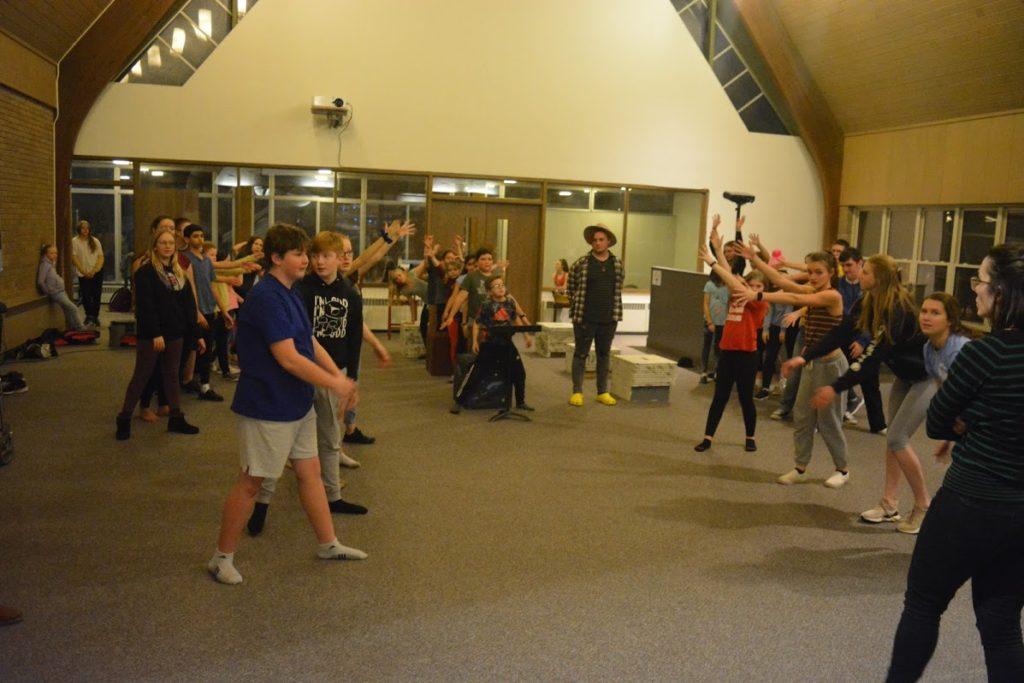 MAKING MAGIC HAPPEN—Young students rehearse for their upcoming production of “Matilda the Musical,” which will take place at NMU’s Forest Roberts Theater.

The Superior Art Youth Theatre (SAYT) will present “Matilda the Musical” from Feb. 27-29 at NMU’s Forest Roberts Theater. The story of the performance follows Matilda, a child possessing telekinesis, as she overcomes her hate-filled headmistress.

SAYT has been working with NMU for a couple of years by proxy, using NMU’s space in the Forest Roberts Theater, Director Susan Candey said. A more official partnership formed when NMU shared resources to help develop the sensory-friendly performance, a version of the play presented with “children and adults diagnosed with an autism spectrum disorder or other sensitivity issues” in mind, according to a press release.

Changes present in the sensory-friendly show include but are not limited to keeping the house lights on, the fact that people are free to make noise or move around and the presence of spaces to take a break in the lobby and places with stress balls and fidgets.

“[The sensory friendly-preformance] is basically a show with a more relaxed atmosphere,” Candey said. “The Saturday matinee is something that’s been done for a couple performances already.”

Candey said she is excited about the growth and work shown by each of her students during the course of their rehearsals. There are 60 kids in the cast and about 15 in the crew.

“I think this is the most growth I’ve seen in any actors from the beginning of the process to the end,” Candey said. “Usually in the show it’s one or two people who you see a really big difference in the end but in this one it’s across the board.”

Candey said she didn’t want to reveal how the telekinesis will be presented on stage.

“I don’t want to give too many secrets away, but basically the cup has to spin around and tip over on stage and we’re still kind of working that out, but there’s definitely going to be some magic there.”

She hopes, however, that the crew’s work in creating these supernatural effects pays off.

“I’m definitely looking forward too how the audiences react to the magic and definitely how much fun the kids are having on stage,” Stage Manager Aubrey Wolck said.

The performance will also feature a full live orchestra, which is composed of artists from the Marquette community, most of whom are NMU students.

Tickets for “Matilda” are on sale right now. The advance price for adults is $15 and $9 for children. The price at entry is $2 more.