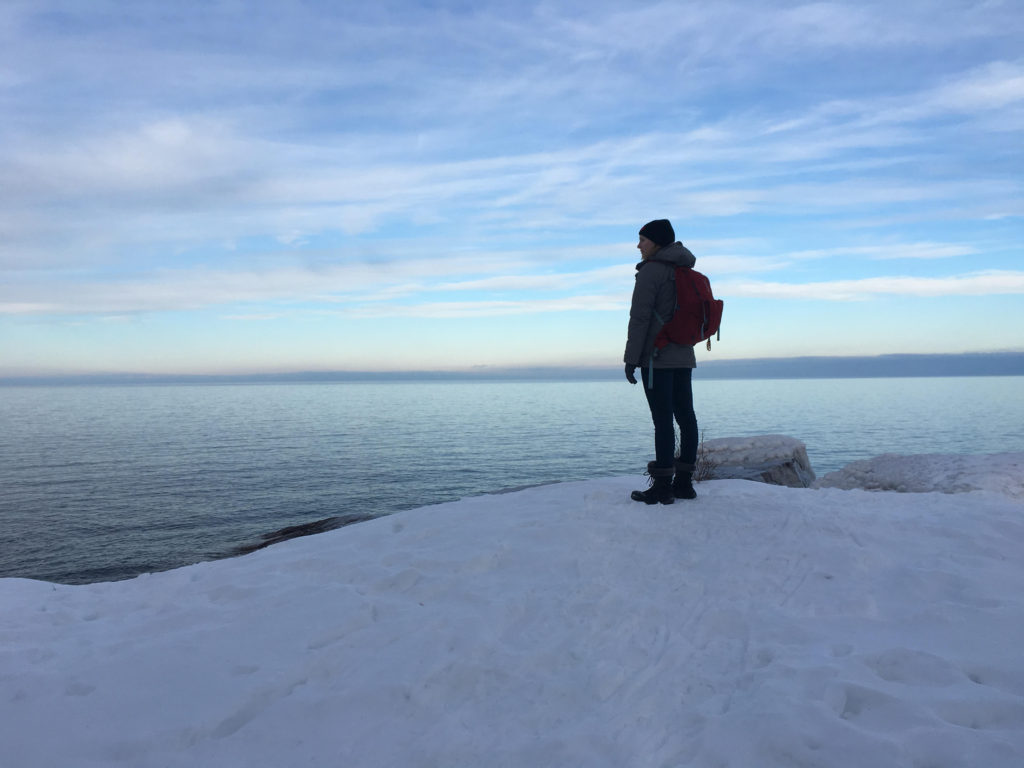 As the harsh Marquette winter continues, the Department of Natural Resources (DNR) urges students to remember that Lake Superior’s icy surface is not to be trusted. Especially due to the recent fluctuations in temperature, the ice on the lake must be considered particularly unsafe, and it is advised not to venture out onto the frozen water.

“Ice is very unpredictable,” Deputy Public Information Officer John Pepin said. “We adopt the same viewpoint as the Coast Guard does, which is that no ice is safe ice.”

Because of this fact, all ice should be treated like it is unsafe. When walking on ice, one should use a rod or stick to test the ice ahead of where they are walking. The thickness of ice can vary greatly across the surface of the lake, Pepin explained. If you are walking out on the ice with friends, make sure to walk abreast as opposed to single file or in groups. This avoids putting stress on the same space multiple times.

“The repeated thawing and refreezing of ice weakens its integrity, decreasing its ability to support additional weight… Deteriorating ice, water currents and high winds increase the probability of pressure cracks, which can leave anglers and others stranded on ice floes or at risk of falling through the ice,” according to a DNR press release.

Additionally, currents or places where water is flowing out of a lake can cause ice to become thinner.

“It can be a foot deep here, but only a couple of inches there,” Pepin said. “There’s all types of concerns to watch out for while you’re out there recreating. You always have to be aware and vigilant when you go out there.”

In the U.P. there have already been instances of vehicles going into the ice. Recently in Munising there were people rescued from snowmobiles that went into the ice, Pepin said.

Of course, prevention is the best way to combat the dangers of ice, but in the case that such caution has not been exercized, there are some things adventurers can do if they find themselves falling through ice into frigid waters.

If you string thick nails to your gloves, you can use the nails to grapple onto the edge of the ice, Pepin said. Once you have regained your place on top of the ice, it is also important to roll away from the edge instead of standing up next to the hole. If you stand, you may fall back into the water.

“No ice is ever considered safe,” First Lt. Jason Wicklund of the DNR Law Enforcement Division said in a press release. “Anyone venturing onto the ice should always wear a personal flotation device.”

To keep the public safe from ice, the DNR does several things. For example, The DNR sets dates and times that ice shanties need to be removed in order to keep the shanties from falling in and needing to be recovered.

Before these dates, shanties may be used anywhere as long as the conditions allow, but the structures must be removed each night.