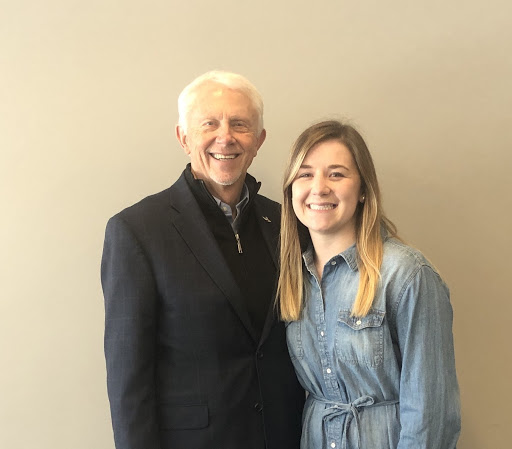 This Valentine’s Day was not just focused on love and relationships, for some students, it was about leadership and honor. As a special guest, retired Lt. Gen and Congressman Jack Bergman came to the recently remodeled Northern Center to discuss
leadership.

If you’ve never met or heard Jack Bergman speak, his wisdom and love for the U.P. is very obvious. I remember the first time I met him at a conference downstate, and he was so excited to hear that I was a student at NMU. So when I got an email saying he was coming to speak here, I was very excited. Despite his political background, Bergman came to talk about leadership and leadership only, and he stayed true to that.

With the next election cycle right around the corner, one of the things Bergman focused on was our civic duties, more
specifically on how important it is to get to the polls and vote. One of the things he said that I found very important was, “This is not party specific.”

“We have unprecedented freedoms that have never been seen in the world,” he said. He talked about how important it is to have a voice and thanked those who served for helping to provide that voice.

He also said, “Don’t give anybody an excuse as to why you couldn’t vote.” That is your vote, your voice, and you should use it.

“Encourage everyone to vote,” he said. If you don’t use that voice, no matter what political party you’re in, or where your views align, then nothing will ever change.

He also talked about perspective, telling us a story. He asked three of his grandkids a question, “What do you think the point of your education is?” The responses were to teach us life skills, to get a job and to show us what’s out there. He asked everyone to guess who said what, who we thought had which perspective. His granddaughter who is 13, said to get a job. One of his grandsons, who is 18—and getting ready to graduate high school—said to show us what’s out there. The last response came from his grandson who’s age is in between the other two. Each are all at different points in life, yet all had different perspectives, just like all of us.

While talking about leadership, Bergman said, “Everybody in the community should take a civic role.” Even if that role is just voting, that is still making a difference.

Being a political science student, I’ve noticed that there are a lot of areas where the younger generation is not very prevalent. The older generation is present, but won’t be there forever.

They need to start working with the younger generation and getting them to step up or even just starting to work together.

“Giving up the leadership mantle to someone younger fixes the generation gap,” Bergman said. It was interesting to hear that he was encouraging this since it’s not something you commonly hear.