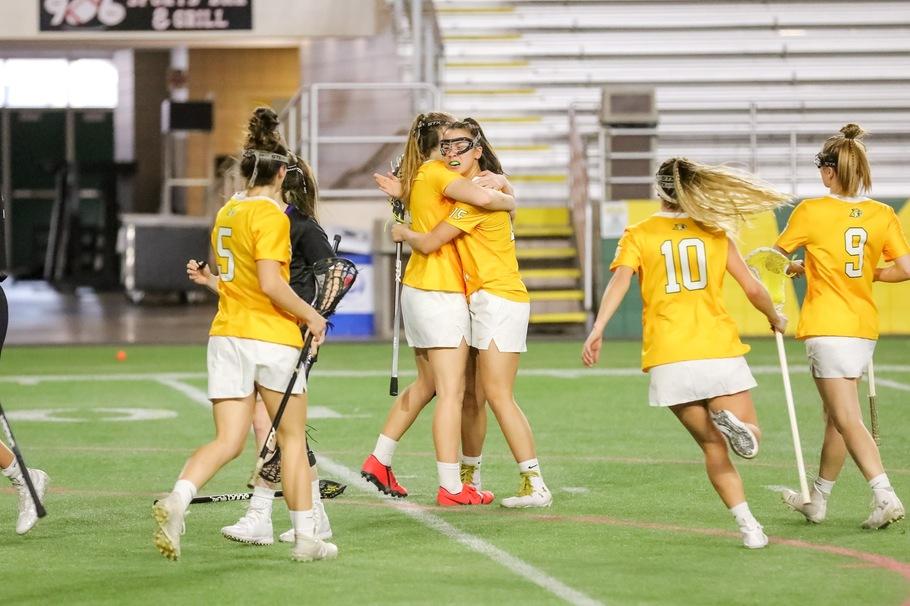 The NMU Women’s Lacrosse
team has competed in its first
three games of the season,
claiming Head Coach Lindsey
Lemay’s first career win with a
15-4 drubbing of Lewis at the
Superior Dome on Friday, Feb.
21. The Wildcats capped off the
weekend with another strong
outing, topping Quincy 16-4 on
Sunday, Feb. 23.

“It was of course very exciting to get the first win tallied, but ultimately this wasn’t about me,” LeMay said. “It was about this team coming together and completely buying into this new culture and new game style I’ve brought with me.”

After coming up short in the
first game of the season against
McKendree, LeMay felt good
about her team going forward
after a strong effort.

“Mckendree was a great opening game for us.” LeMay said. “They (McKendree) have been a program that’s beaten us handily again and again. This year we led for most of the game and outworked them thoroughly.”

The ‘Cats have hung its hat on outworking the opponent, and LeMay thinks that conference foes are starting to take notice.

“I know it has some people in our conference a bit wor- ried about the changes we’ve made this year.” LeMay said. “This team will out work any- one. They want the 50/50 ball more, they want the draw control more and they want to cause the turnover more. They want to outrun their competition until they wear them into the ground.”

As far as preparation goes for opponents, the Wildcats are looking to hone into the energy it plays with. An end goal for the season is to maintain it and improve on previous records, LeMay said. This year is about learning a new system and forming an identity for NMU, LeMay said, but it’s pretty clear an identity is taking shape.

“We run to a degree it’s simple as that. We have been able to outwork our opponents and our success moving forward will depend on our fitness level and fight.” LeMay said. “We also of course work on offensive and defensive strategies, and my players would say both are fairly complex compared to others, but really these strategies revolve around the same idea. Ultimately we want to play significantly harder than the other team.”

After having the luxury of playing its first three games at home, the ‘Cats will be on the road for next four games, beginning with a match-up with UC-Colorado Springs on Monday, March 2. To be able to withstand a gauntlet like that, the program’s new energy will have to be alongside them.