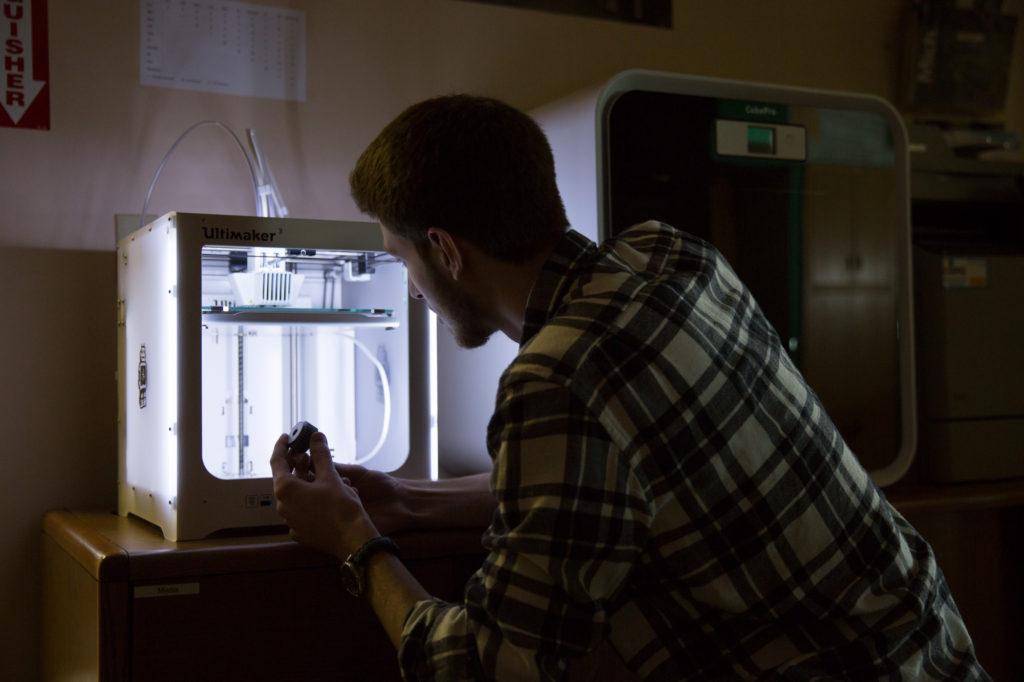 [email protected] has received a one year, $400,000 extension through a grant.  The grant comes from the Michigan Economic Development Corporation (MEDC). The MEDC encourages innovation and entrepreneurship in Michigan

[email protected] is a program on campus that helps students and members of the community make their business or product idea a reality. Event Coordinator Chad Leisenring described the process.

“The student professionals work on every project,” Leisenring said.“We guide, we lead, we help teach, but everything that gets worked on, from the project managers to the graphic designers, sketching, prototyping, up until the final design is all done entirely by students.”

The program received university funding for the first three years of its operation which began in 2014. Steve VandenAvond the vice president for extended learning and community engagement at NMU said the original grant was written in July of 2017 after [email protected]’s first director left the program.

“We had an interim director, and that interim director worked with the university and with Ray to figure out, sort of, how we could keep this thing going,” VandenAvond said. “That’s when we wrote the original MEDC grant.”

Johnson said the MEDC sees value in the service [email protected] provides for the U.P community.

“They recognize that the [email protected] program has a unique capability and functionality and expertise in the UP to promote those things,” Johnson said.

“Since there’s this handoff and this synergy between the two, why don’t we just explore a model where Ray not only is the CEO of the SmartZone, but directs the [email protected] program,” VandenAvond said.

With the combined services of SmartZone and [email protected] come some unique expenses which the initial grant and the one year extension help cover. These include funding campus events and providing students with the opportunity to meet with a lawyer regarding patents, which is something [email protected] wouldn’t otherwise offer.

Another element of [email protected] that the grant helps to pay for is the promotion of special kiosks.  Johnson said the grant allows the program to host events and social media campaigns to raise awareness of the kiosks where anyone can submit an idea to [email protected] The kiosks were designed by students and can be found in Calumet, Negaunee, Ironwood, and at the Lydia M. Olsen Library on campus.

Johnson said [email protected] is fortunate that the MEDC and Former Governor Rick Snyder saw the value of the program to the communities in the U.P and NMU students. Johnson and VandenAvond hope to continue receiving extensions on the grant.

“There’s really no other service providers that kind of do the same thing we do in an affordable way for early stage entrepreneurs and inventors,” Johnson says.