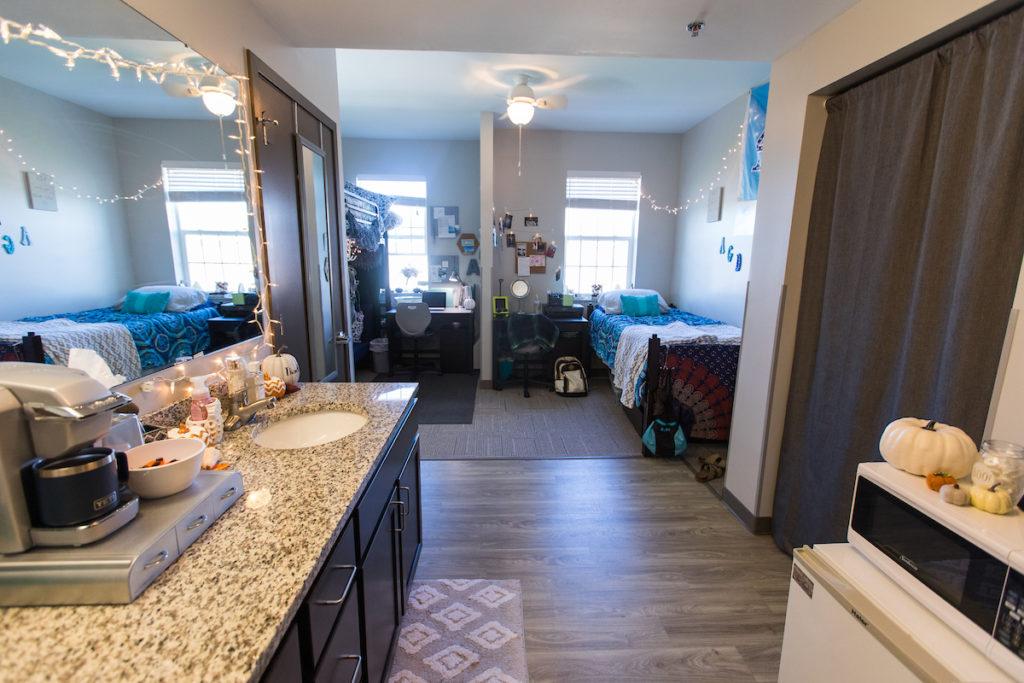 In reaction to the COVID-19 pandemic reaching Michigan, students have financial concerns. Sophomore biology major Felicity Maklezow has conducted a petition to reflect these major refund concerns involving room and board, Dining Dollars and online classes.

“Northern has given us the option to go home and those who are deciding to go home, should be offered appropriate refunds for the services they paid for that they are no longer receiving,” the petition description reads.

“The students should also be allowed to get refunds for classes that they are struggling in due to the movement of online courses. Instead of the withdrawal period being extended, we should have the option to get a refund for the class. We are not getting the education or the services we enrolled for.”

In a campus-wide email sent on March 24, NMU President Fritz Erickson said that the NMU Board of Trustees (BOT) met and approved an $820 credit, “plus carryover of any remaining Dining Dollars to next semester, to students who check out of their residence hall rooms before 5 p.m. Friday, April 3.

This is something Maklezow sees as a step in the right direction, even though university members have not reached out to her in regards to the petition.

Maklezow said that this petition to help students get money back was extremely important to not only her, but for students in similar positions.

“I personally have spent a lot of money this semester, investing in my future. College is not cheap. We know this. I paid to get a face-to-face education, a dorm and a meal plan. This pandemic we are all facing was not in anyone’s plan for this semester. However, I believe it is Northern’s responsibility to issue refunds for those who want it,” Maklezow said.

Maklezow does not expect to get a 100% refund, but she’s spoken with many students who agree that learning in an online environment is not receiving the education they signed up for at the start.

“Labs being switched to online is taking away students’ interaction with the material being presented,” Maklezow said. “For these reasons, I think that Northern should refund the difference between online classes and in person classes.”

Additionally, Maklezow said Northern should allow students to get a full refund for a class with no penalty to their GPA instead of extending the withdrawal date.

Though NMU is not forcing students to leave the dorms, Maklezow said she understands that this must be left as an option for the student in case they have nowhere else to go. However, for those who do go home, Northern should refund each student an appropriate amount for room and board.

BOT Chair Steve Mitchell said the Board was unaware of this petition—which has over 300 signatures. However, a meeting took place on March 24 and the Board was able to approve some credit back to students, which was a big part of Macklezow’s petition.

It is important to allow students to live in the dorms—unlike some universities downstate—because it is difficult for some to travel, and they may not have the means to move out just yet, Mitchell said. It highly depends upon the student’s situation.

It’s estimated that 40% of NMU students are still in the dorms, but since Michigan Gov. Gretchen Whitmer announced a shutdown beginning Tuesday, March 24, it’s possible many more will feel the need to head home to their families, Mitchell said.

The majority of the decisions the Board and Erickson made are simply due to government orders, like carry-out meals. Mitchell said that some of these decisions passed by the government did not take into consideration universities like Northern that are not forcing students to leave their dorms. The carry-out only rule with its capacity of a few students at a time is struggling to work out, Mitchell said.

Regardless, Mitchell said the best way to keep up with updates and stay informed is to visit nmu.edu/covid to see FAQ. The second the Board makes a decision, students will be reached out to via email and the website will stay updated with changes.

“Students who qualify for the credit will be able to choose whether to apply that credit toward Fall 2020 on-campus room and board costs or to their student account, less any outstanding balances,” according to the email by Erickson on March 24. “A communication will be sent Thursday, March 26, to all students with a residence hall contract, containing links to an online form and instructions for indicating their plans related to leaving campus or staying in place.”

Whether a petition gets noticed or not, it’s vital that students are speaking out for something that they feel they are entitled to, especially when it’s regarding your future, Macklezow said, adding that this is an important time to stick together and look out for friends and family.