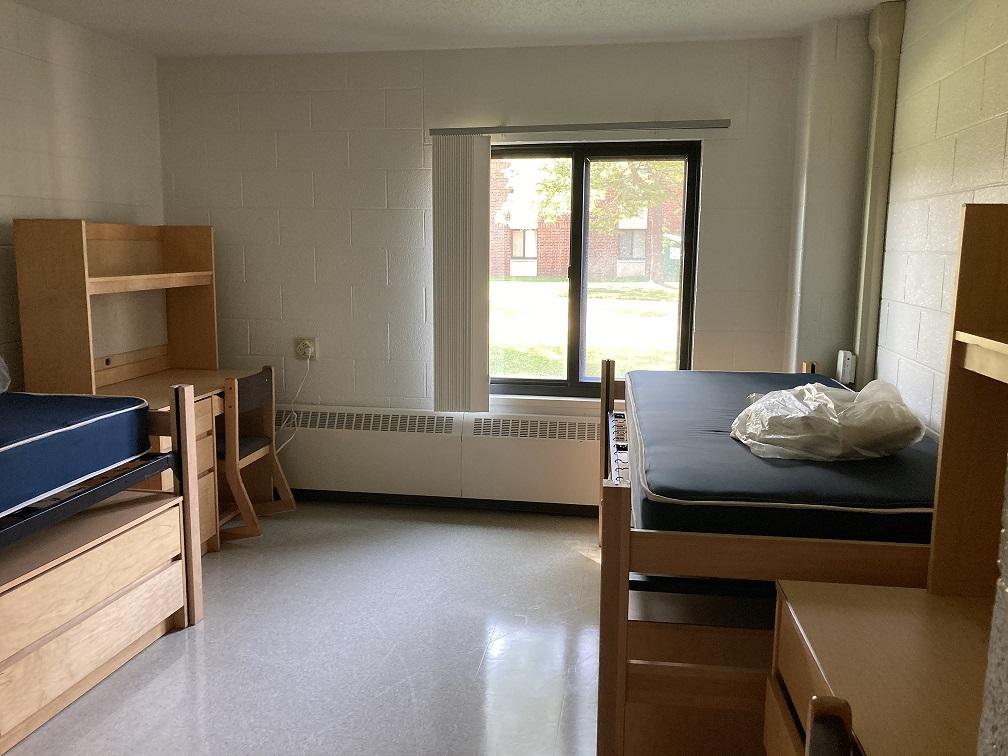 Summertime is many college students’ opportunity to tuck away a few extra dollars; a time in which students flood the job market, filling all positions imaginable on campus, and back home. Around March students started experiencing changes in workplace protective equipment and everyday procedures due to the spread of COVID-19. Campus buildings were no exception to these changes and many students experienced a shift in their work routine.

On campus, a small number of students chose to stay and work, cleaning the dorms in hopes of incoming students in the fall. Senior psychology major Diego Ulloa, who worked as an RA in Spooner Hall over the summer, and custodial in Spalding Hall, discussed the safety precautions and challenges while working on campus during the pandemic.

“Programming became a lot more difficult. It was really sad to see when you’re so used to hanging out with everyone. I spent last summer here and as COVID hit a lot of people went back home. You can’t blame them, people are gonna do what they’re comfortable with. Mental health problems also went up for residents and you have to be prepared for those conversations,” Ulloa said.

In terms of safety precautions, Ulloa mentioned masks were enforced when working in the dorms and when out of his room in Spooner Hall.

“The system now has a self-assessment to clock in. This is just another annoyance, but realistically it’s there to remind you that if you’re feeling sick if you should really be working. If you get sick it’s an inconvenience, but you’d rather take that inconvenience than get someone else sick. The reason I’m wearing a mask is because I don’t want to be responsible for getting someone else sick,” Ulloa said.

In another building, junior education major Iris Pacelt worked in the many rooms and long corridors. As a custodial worker in Hunt Hall, Pacelt worked 10 hour days, four days a week in preparation for school to resume.

Pacelt mentioned some of the rules and procedures the campus is following, abiding by state recommendations for COVID-19. Masks were enforced while working closely with people in the dorms, and social distancing when meeting in groups with less than 10 people.

“There could’ve been more enforcing of social distancing for other [people] coming in and wearing masks,” Pacelt said. “The people in hunt and O-staff took precautions, but going to the beach, and Marquette being in the tourist season, some people don’t wear masks and don’t social distance. I don’t want to be in contact with those people. I’m looking out for myself and the people I could be in contact with.”

Back home in Minnesota, after graduating from NMU in tumultuous conditions, Jacob Rahn a recent NMU grad explained how his work as a new programmer was affected by the pandemic. The dip in the economy caused by the coronavirus created an influx of unemployment across the country.

“I was supposed to start April 1 as an intern, then my job would start May 15, but a week before I started as an intern the date was pushed back until July. They postponed my start date partially for the pandemic and partially because of the economic downturn. They had to make sure they had enough to support my position,” Rahn said.

Rahn also expressed how his job was completely remote, and that the county he works in has less than 500 confirmed cases, so when he does go into the office, there is little concern for catching the virus.

“The office itself is very spread out, and if we go back in September I’m sure there will be a mask mandate. Other than the fact that I’ll be out in public and I’ll have to get lunch, I don’t see it being a hotspot. From my experiences with the company they seem to be very diligent and deliberate in their actions,” Rahn said.

Despite fears of catching the virus, and a marginal shift in the job market, people must continue to work. Some summer workers have already moved on to their fall jobs, while others finish their last shifts Aug. 13 to make way for their fall semester replacements.