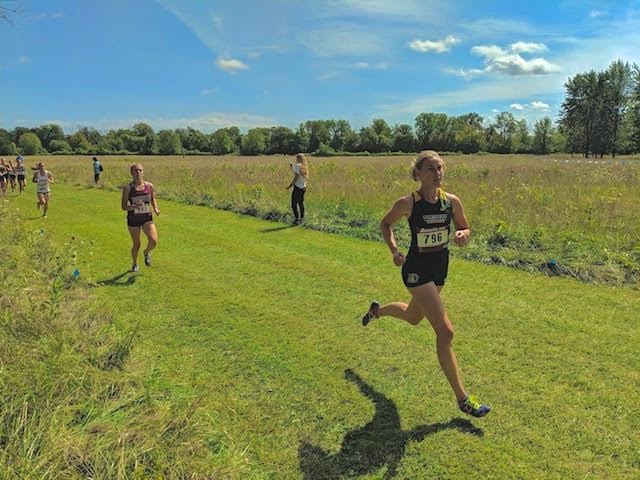 Photo courtesy of Elise Longley; SPRING SILVER LININGS- Despite the fall season being canceled, senior Elise Longley and her team continue to prepare for the spring track season.

Normally at this time, the fall sports season is right around the corner. However, not much is normal and nearly all fall sports across the country have been canceled due to COVID-19. The GLIAC and NMU cross country is no exception, and the season’s now over before it really got started.

“It was pretty different because, in the spring, everything happened so abruptly. That was pretty difficult, especially for the seniors that graduated last spring, they didn’t have any sense of closure,” Elise Longley, a senior at NMU said. “This fall is still super sad, but I feel like all of us saw it coming a little bit more, so we’re able to mentally prepare in advance.”

Despite the sadness from the athletes, this decision was inevitable. The events last spring have caused a very different experience for many longtime runners.

“We’re bummed that we can’t compete this season, but we recognize it’s for the safety of ourselves and everyone else around us,” Longley said. “We’re still excited to have some small competitions just within our team like time trials and other fun activities like that.”

The small competitions and fun activities that Longley alluded to are a waiting game in which factors such as wearing masks, social distancing, and small groups are enforced, Head Coach Jenny Ryan said. At the end of the day, the new practice plan is trying to keep the team as safe as possible.

“I have such a great group of young women that are disappointed but also understand that it’s for the health and safety of them, their families, and everyone,” Ryan said. “We’re trying to turn it into a chance to have a semester of training that normally these kids don’t have because we’re usually racing all year long.”

This training could include time trials, relays, and hillclimbing, Ryan said. These activities are similar to what the runners did over the summer to train. Despite having no fall season for cross country, the training will only help the Wildcats in an endurance sport, Ryan added.

“I was really impressed with my team over the summer, they sent me some updates about their training, and some of them trained better than they ever have. A lot of them kept it going and they were pretty focused,” Ryan said.

After hearing the news, Ryan reminded the team of all the hard work that they put in over the summer and she doesn’t want them to lose that motivation, Longley said. As a senior leader, Longley has been helping her teammates stay motivated and be able to enjoy this season still, especially the incoming freshman.

It’s disappointing that the season was canceled because the Wildcats were going to have a good team this fall, Ryan said. With this extra semester of training, it’s safe to say that NMU track and field will be roaring into the spring season.