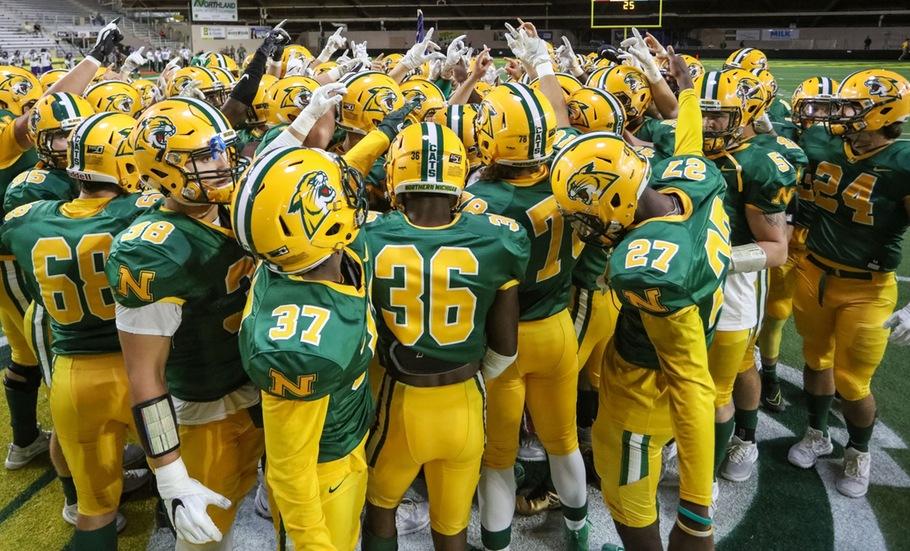 Photo courtesy of NMU Athletics NOTHING BUT TIME—As the end of 2020 approaches, the school and conference administrators are trying to transition into a place where it's safe for these many student-athletes to return to competition.

Decisions, decisions… that’s what left for NMU Athletic Director Forrest Karr and his GLIAC and WCHA colleagues. With competition in GLIAC play postponed through the remainder of 2020, and the WCHA announcing that the hockey season was delayed on Thursday, Sept. 10, Wildcat athletics are in a waiting game.

It’s up to these university leaders to find out when the time is right for the thousands of student-athletes to return to play. However, finding that out is harder than anyone could’ve imagined due to COVID-19. It’s also hard to imagine that an entire fall sports season could be canceled too, but this virus doesn’t leave anything undone.

“There were many formal meetings and informal discussions throughout late spring and summer and significant sharing of information between institutions,” Karr said in an email. “GLIAC presidents made the final decision based on guidance documents from the NCAA and consistent input from the commissioner, athletic directors and medical professionals.”

While it’s uncertain if or when winter and spring sports will occur, or what will happen to fall sports, Karr said, there’s a process for each decision. These administrators aren’t fooling around, and when the time’s right, sports will return. As an athletic director, Karr and others in the GLIAC had their hand in making the choice to postpone competition.

“GLIAC athletic directors serve on the conference management council. Our role is to gather information, work through details and vote on recommendations. The presidents then consider these recommendations when making final decisions,” Karr said. “In this case, when it became apparent that there was no safe path forward for fall sports we voted unanimously to recommend postponing competition.”

Around the country on every collegiate level, there are programs being cut and money being lost due to the cancellation of fall sports. Athletic departments are the focal point of many universities in the United States. NMU will take a bit of a hit this year, but luckily, athletics won’t be financially ruined when they return.

“Both revenue and expenses are reduced this year. The net impact will depend on what type of competition seasons we are able to move forward with. Fortunately, the fundamental financial model for NCAA multidivisional (DII/DI) institutions is primarily based on bringing quality students to the university and not overly reliant on external revenue sources,” Karr said. “In sum, we have implemented budget reductions along with the rest of campus, but our ability to meet the needs of student-athletes and provide a quality experience has not diminished.”

With January still over three months away, the return of NMU athletics in games or matches seems like an eternity. Teams have gradually begun returning to practice in unique ways, but discussions are still needed to make that next step. Those might include and are not limited to the topics of COVID-19 infection rates, advancements in testing, availability of a vaccine and agreed upon return to competition guidelines, Karr said.

“If public health officials and other medical professionals conclude that competition can occur safely in January, then our teams will start competing at that time,” Karr said.

Even in such simple phrasing, dealing with COVID-19 and trying to make decisions in the best interest of the safety of the student-athletes, is anything but.