Opinion—Just because it doesn’t affect you, doesn’t mean you shouldn’t care 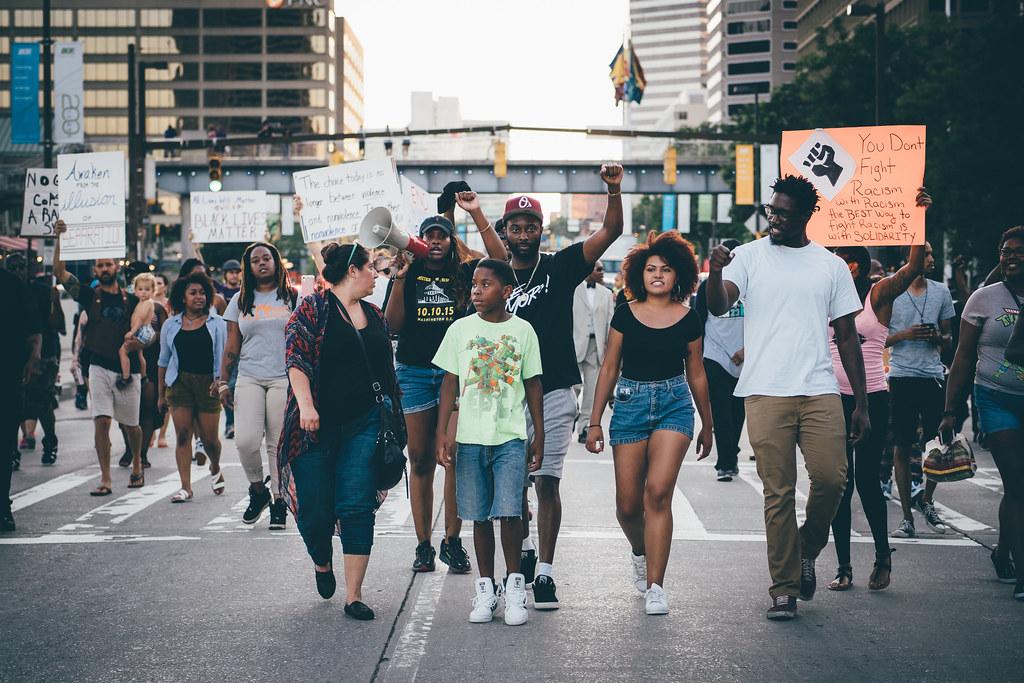 "Black Lives Matter" by seikoesquepayne is licensed under CC BY 2.0

It is human nature for us to ignore outside problems, because they simply don’t affect us directly. If a situation doesn’t involve us, it’s hard to care, and that’s the reality of our society. However, the instance of Black Lives Matter can’t be one of those times where you don’t care. It’s selfish to think otherwise.

In the U.P., with a huge majority of us being white, it has been too easy to scoff at what BLM is trying to do. You have to be willing to be understanding and compassionate for a group of people right now that’s suffering. They are not only suffering violence, but they are also suffering heartbreak due to police brutality against their peers and loved ones.

This is not a political thing to me; I don’t care what platforms you support or the candidate you vote for—this is a moral issue. It’s all about compassion. Sure, some people that have been victims of this brutality have been criminals and deserve jail time, but being helplessly shot or having a knee on your neck for several minutes—how can people not care about this?

If you’re not an African American that’s living in this country, you can’t possibly relate to the struggle. I can’t either, but everyone can feel compassion for these people and want a change for them. I’m not for defunding the police, and not all police are bad, but it’s kind of an important job, and we have to make sure that they’re all good. Blue Lives Matter? I’ve never met a blue person in my entire life. Comparing a person’s job that they can quit anytime to a person’s race is absolutely ridiculous. All Lives Matter? This one’s almost worse. You’d think that of course all lives matter, but an entire race of people in the United States don’t feel that their lives are being valued.

It’s so easy to say that all the people who experienced police brutality should have complied, but you do know that the Internet is a two-way street right? Sure, there are videos of black people not complying with the police, but being noncompliant does not always result in being shot. There’s many videos of white people not complying and, imagine this, they weren’t shot.

It’s kind of amazing, yet scary, how many people are outraged at broken windows, fires and outlier protesters who make demonstrations non-peaceful, instead of being dedicated to fixing the race problem in this country. To top it all off, ANY kind of protesting isn’t okay to some people. Black athletes can’t use their platform to kneel. People even get pissed when protesters are on the road. Of course, you can’t loot, that’s nonpeaceful.

When are we going to be honest and ask anti-BLM people what protests are okay for Black people to conduct? The answer is not really any. Anything that’s uncomfortable for anti-BLM people is something that they want to avoid.

This needs to be a real conversation, it doesn’t matter on what side of the political coin you land, we all need to be compassionate and help out a group of people searching for hope.