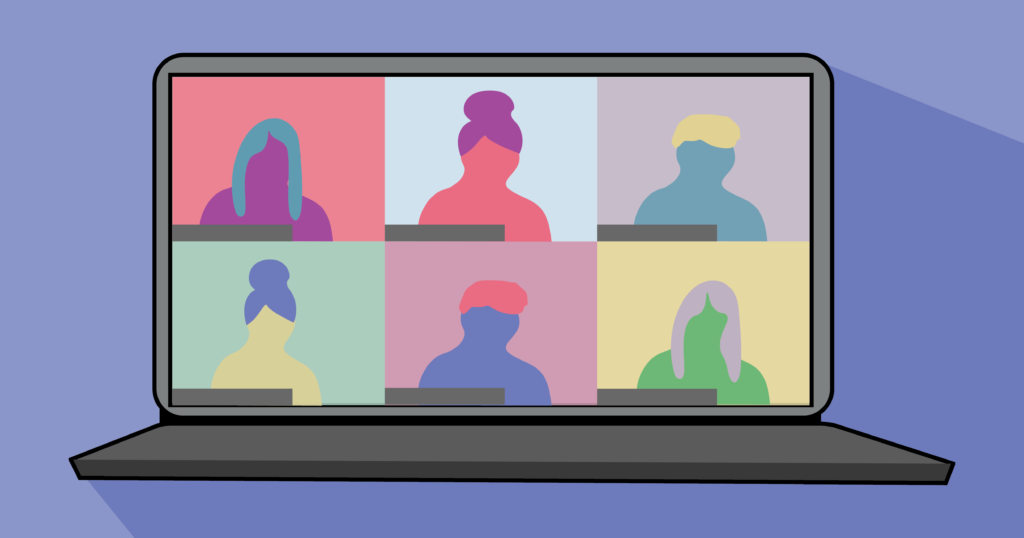 Claire Burtrum, a freshman majoring in environmental science, was considering a handful of other colleges before attending Wildcat Weekend in October of last year. By the end of her visit, she knew NMU was where she was going to school for the next four years.

“For Wildcat Weekend, I remember coming up and just being able to do a lot of different tours of the dorms, campus in general, all the different buildings. I was able to sit in a classroom with professors from the Earth, Environmental and Geographical Sciences department,” Burtrum said. “I guess it was different for everyone depending on what major they were going into, but you could sit with them and they would go over all the different things they were doing currently. You could hear from different students that were in similar majors and I thought that was really interesting.”

Attending Wildcat Weekend was a great experience for Burtrum and allowed her to meet professors that she is taking classes from this year.

“After Wildcat Weekend, I pretty much decided I was coming here and it kind of played a big part in that [decision],” Burtrum said.

However, many prospective students are not going to be able to have that same opportunity to visit NMU’s campus in person due to COVID-19.

This virtual open house, Northern Nights, will be broadcast via Zoom Webinar and will take place over five days: Oct. 5 – 9.

The kick-off of the event will be from 6 to 7 p.m. on Monday, Oct. 5, and will feature an interactive Kahoot game show called “Who Wants to Be a Wildcat?” The game show will focus on facts about Northern, such as how many academic programs are offered and what the requirements are for admission.

“We’ll kind of be running through those things we normally would have put in an admissions presentation but making it a fun game show so the students who are tuning in [have an] interactive different way to learn the information than looking at a PowerPoint,” Hooper said.

The following Tuesday, Wednesday and Thursday evenings will each have two different webinars: one from 6-6:45 p.m. and another from 7-7:45 p.m. Each webinar will feature a different career cluster and will be structured as a student panel.

The career clusters at Northern include arts, communication and humanities; human services; business and technology; engineering, manufacturing and industrial technologies; health sciences; and science and natural resources. To find out what time each career cluster will be featured, visit the Northern Nights website or the end of this article.

“With each webinar, we are featuring a student panel with a faculty moderator. The student panel is made up of current students at Northern who are in majors within that career cluster,” Hooper said. “For example, in health sciences, we have someone from the nursing program; we have someone from medicinal plant chemistry; we have somebody from athletic training … The faculty moderator will be asking them questions that will really tell the prospective students watching the webinar and participating in Northern Nights what life is like at Northern in the academic world.”

Participants in the webinar will also be able to ask the panel their own questions through the Q&A feature in Zoom. Any specific admissions questions they may have can also be answered at that time by an admissions counselor who will be monitoring the Q&A chat, according to Hooper.

Hooper recommends that students register before attending the webinars by going to the Northern Nights website through NMU. Registration will be open up until the start of each session.

“There is a way that students can pre-register and they will get email notifications each evening for each of the webinars and letting them know what the line-up is. We are also going to put the webinar links on our website so that way if someone happens to stumble across it and they were not able to pre-register, they can still tune in and participate in the webinar,” Hooper said. “You have to sign in to actually get into the webinar so students can basically register right before they sign in to the webinar. So that way we have both of those options.”

Each session will be recorded and all recordings will be available on the Northern Nights website starting Friday, Oct. 9. All prospective students are invited to join the webinars but the recording will be available to anyone who wishes to learn more about NMU.

“Northern Nights is open to all prospective students—transfer students, incoming freshmen, even if you’re a sophomore in high school and you’re thinking about Northern,” Hooper said. “Northern Nights is really devoted to showcasing the academic experience at Northern and what that looks like.”

First-year transfer student Kaylin Humphries, a sophomore biology major with a concentration in zoology, was planning on attending the Wildcat Weekend event in March of last year, but COVID-19 led that to that event being canceled as well.

“Before the whole COVID-19 thing happened, I already had my stuff in to transfer here. I was signed up for the Wildcat Weekend and then that fell through,” Humphries said. “I wish I would have [been able to tour] just to have that in my mind of what the place looked like and how big the campus was. It says online how big the campus is and how many students go here but it is not the same as actually seeing it and seeing it in action.”

It’s for transfer students like Humphries that the Admissions Office decided to also plan a Virtual Transfer Week from Oct. 12-17.

“Transfer students have such different questions and needs than an incoming freshman student who maybe doesn’t really have a lot of college credit under their belt. Transfer students, maybe they spent a semester or two or more at a community college so college isn’t as scary to them necessarily; they kind of know how to navigate it,” Hooper said. “Their questions are very different sometimes and are usually more specific.”

Virtual Transfer Week will take place the week after Northern Nights but won’t include webinars or game shows. Instead, all students who have expressed interest in NMU, transfer applicants and students who are currently in the process of transferring to NMU, will receive daily emails with information about the transfer process.

“We’re sending them a daily email that week that will have videos on transfer topics such as advising, how to apply, orientation,” Hooper said. “The videos are really quick—they are like two to three minutes. Each email will have a new transfer topic and we are having social media take-overs through Instagram and Snapchat by transfer students at Northern.”

There will also be opportunities for students to sign-up to live chat with a current student either via phone or video chat and virtual one-on-one meetings with an admissions counselor, according to Hooper.

Last year, meeting with her admissions counselor helped Humphries with her transfer to NMU.

“I met with [admissions counselors] and they helped me formulate a schedule particular to my major and stuff like that,” Humphries said. “That was really helpful because every institution has their own way of setting up classes and which credits transfer and which credits don’t transfer. It is a big confusing process because sometimes your credits will transfer but they won’t apply to your major and you have to figure that out.”

All of these virtual events are great ways for NMU to help prospective students find out more information about the college experience at Northern from the comfort of their own homes.

However, while hosting completely virtual events is unavoidable due to COVID-19 and can increase access to information on the Internet, it still comes with drawbacks.

“Wildcat Weekend brings so many people to campus and there’s something that’s so valuable about being here. It’s a feeling that you can’t get from looking at a picture or looking at our social media accounts,” Hooper said. “That’s one thing that’s a bummer and one thing that’s being lost with this virtual world.”