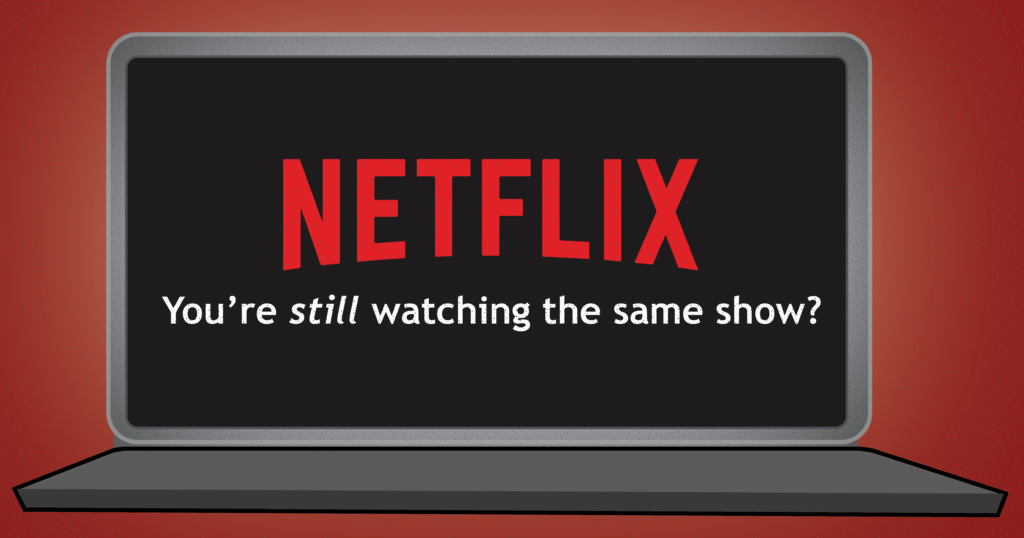 The other day, I was watching the series finale of the classic early 2000s sitcom, Gilmore Girls, with a friend. When the credits began to roll, to my friend’s horror and surprise, without skipping a beat, I scrolled all the way back to the beginning to press play on episode one, season one.

It’s almost become cliché to talk about what a disaster this year has been. To be fair, it is pretty justified. I don’t need to dive into the ever-growing list of reasons why 2020 has overwhelmingly not been treating us the best. We know all too well that we’ve found ourselves in a collective not-so-great time. With life still not being back to normal, and no end in sight, it’s been really taxing for me to not be able to see my friends when I want to, or travel to visit my family. This frustration comes on top of all of the added stress that has come with navigating online classes.

I’ve realized that, when faced with adversity, I often cope by revisiting media that I’ve enjoyed in the past. It turns out that this is actually a pretty common experience.

Rewatching the shows we love “can create a sense of safety and comfort on a primal level,” according to Psychologist Pamela Rutledge in a Medium article.

When you look at it from an evolutionary standpoint, it actually makes a lot of sense. The first way that our ancestors were able to tell stories was by word of mouth, and those stories needed to be retold over and over again to live on and reach more people.

I think that almost everyone can relate to having one bedtime story that we’d consistently bug our parents to tell again and again or a nursery rhyme that we couldn’t get enough of as children. This isn’t a new concept.

For me, it goes beyond just settling with something reliable when I can’t decide among the endless choices on Netflix. When I hit “play” the other night on episode one, season one of my ultimate comfort show, Gilmore Girls, I was not doing it just because I love the show. It’s because I crave a sense of familiarity during these utterly unfamiliar times.

I’m a little ashamed to admit that I’m probably approaching double digits in the number of times that I’ve watched the show all the way through. Something interesting about this is that I’ve watched it as different people. Each episode brings back feelings of nostalgia from when I was a high school student seeing it for the first time or when I leaned on it as a freshman at a university where I didn’t know anyone. Watching the show can sometimes make me feel like I’m harkening back to better times, and it reminds me of good memories.

People look at me like I’m crazy when I tell them I pretty much stick to my tried and true shows instead of branching out to Netflix’s latest and greatest most-bingeable shows. Movie night can also be a little bit of a struggle in my house when I propose yet another rewatch of Clueless. I still stand by my habits.

Sometimes you really do just need an hour or two to sit back and take your mind off of how overwhelming life can be, especially right now. Reading, listening to music or watching TV are all forms of escapism but I think I will always return to my old favorites. They scratch a part of my brain that nothing else does. The next time you’re searching for something to watch, maybe give an old childhood favorite a shot. You might be surprised.