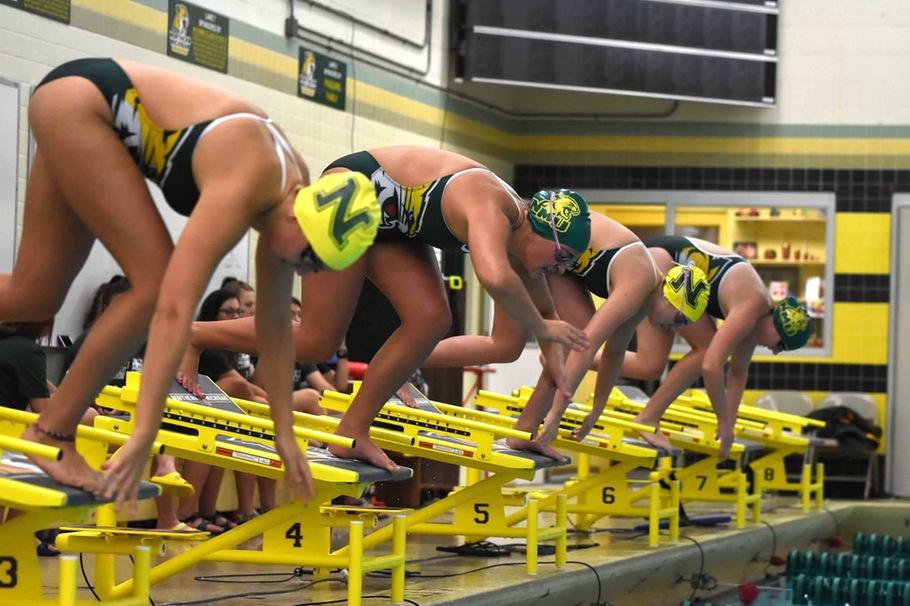 CHASING THE CUP—The NMU Men's and Women's Swim and Dive teams are taking advantage of COVID-19 taking away its season by competing against other schools in the CSCAA Virtual Cup. Photo courtesy of NMU Athletics.

Despite unfavorable conditions and being without an actual season, the NMU Swim and Dive teams are doing what they can by participating in the College Swimming and Diving Coaches Association of America Virtual Cup.

The ‘Cats will race against one another on each Saturday, and will submit times to the CSCAA for the virtual cup. NMU will go up against 30 other college teams, and rankings are posted each week. After an impressive first week, the men’s team finished with 505.7 points and the women’s team had 500.7 points, good enough for second and eighth overall in the cup respectively. The Wildcats are in fourth place combined between the two teams, and are in a good spot entering week two.

Over the next five weeks, both squads will be in action as the CSCAA Virtual Cup goes on, and some performances from week one can’t go unrecognized for the Wildcats. Sophomore Roberto Camera tied the pool record for the men’s 50-yard breaststroke, finishing with the best time out of 83 swimmers virtually with a time of 25.77 seconds. Freshman Thibault Auger crossed the line first among 73 others in the 50-yard backstroke with a time of 24.80 for another NMU win. The men also took home two overall third place finishes with junior Felipe Lemos and freshman Ryan Lund taking the bronze in the 200-yard freestyle and 50-yard butterfly events, respectively.

The women had highlights of their own, as sophomore Michaela Nelson paced the field with a 1:59.58 first place time in the 200-yard freestyle. Nelson continued her impressive day by taking second out of 155 others swimmers in the 100-yard freestyle, and led her 200-yard freestyle relay team of senior Maggie Vaitkus, sophomore Meritxell Font-Cantarero and freshman Sage Gettings to an overall third place finish with a time of 1:37.93.

Posting an excellent week one result is the first step for the Wildcats to bring home the CSCAA Virtual Cup, and the quest continues next week.