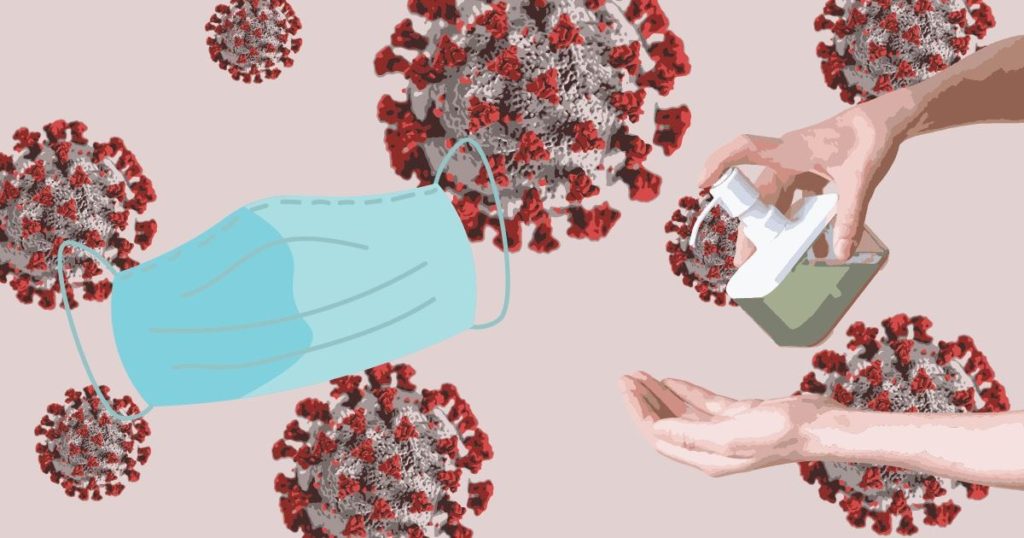 As Northern navigates the final month before exams some may wonder what could happen if there was a large spike in COVID-19 cases. Could this affect the outlook or final piece of the semester? There is no magic number to look out for, and everything depends on a few factors, said Cindy Paavola, assistant to the NMU president who specializes in strategic initiatives.

“We are seeing an increase in cases in Marquette County, which is an indication of increased community spread,” said Paavola. “Students, faculty and staff should be extra diligent and aware of what they can do personally and lower their chances of getting COVID-19.” The key thing to remember is that any plan that goes into effect would be entirely dependent upon the situation that caused a need for action.

The NMU Safe on Campus dashboard says that as a baseline, the positive case count for on-campus and off-campus students would have to reach 7% of the student body. It also says that if absence due to isolation by either staff or students would challenge daily operation, the situation would be reevaluated.

According to Paavola, it’s not about the overall numbers of cases. It’s about specifics of where the cases are popping up, and how rapidly they are popping up. For example, she explained that if there was a hypothetical outbreak linked to one science building, “that’s a so-called spike,” said Paavola. “But meaning cases rose just in that building. Do we not do anything because we didn’t hit that number?” This puts into perspective that NMU is keeping a more considerate eye on cases, to better handle specific infections the best way possible.

According to Paavola, NMU does base a few of their tactics on Michigan guidelines. Michigan as a state does consider a 3% infection rate of their population as not too worrisome. Anything above that would be more cause for worry. Depending on the location or type of increase in COVID-19 infections of the NMU community, there are a few ways things could have to change.

In Region 8, there are a total of 78 ICU beds, and 52 of those are currently occupied. There are also 114 ventilators, with 104 of those remaining unused currently. There are also 721 adult hospital beds, with 562 of those being occupied currently according to the state data. This is why it is very important to stay diligent with COVID-19.

Generally, if cases rose all around and if classes were impacted by this, “we might consider going to remote learning,” said Paavola. They would not immediately close residence halls and students could remain on campus to live. At the same time, if “you can and want to pack up and go home” that would be an option, she said.

“If there was a huge spike in cases in the residence halls, that is a different situation. Do we close down a particular hall or a section? Or do we have to close down all of them?” Additionally, “if there is a huge rise in faculty and staff, well then that could impact whether we decide to go remote,” explained Paavola. She further explained it could be as specific as going online by individual departments if that were the best choice. All of these factors play a role in decision making and considerations.

What is most important though according to Paavola, is that everyone continues to follow the most simple COVID-19 guidelines to stop or at least decrease the spread. “That is all the things we have been discussing all semester long,” said Paavola. “Wear your mask and wear it properly. Social distance, don’t go to parties [and] avoid large gatherings. Wash your hands, not just frequently, but almost religiously.” She also stated to make sure everyone is vigilant of how much they are touching their face. It is as simple as rubbing your eyes, wiping your nose or even eating food with your unwashed hands. “The virus is in a lot of places people would go, it’s on things people would touch. You have to be careful that way.”

It is noteworthy though that NMU has remained relatively low with on-campus student infections in regard to Marquette County as a whole. This can partially, if not wholly, be thanks to NMU’s administration working very closely with local and state departments, as well as CDC guidelines. Recently, guidelines changed with the CDC about exposure though.

The CDC now defines exposure as 15 minutes, but the 15 minutes could happen in intervals. Now, someone would be considered to be exposed to a high enough viral load for infection even if it was not a consecutive 15 minutes. Someone could come into contact with a positive person for only seven minutes but do that twice within 24 hours. This will now meet the required timeframe for exposure. According to Paavola, NMU has already been following this definition of exposure, leading to a more cautious contact tracing procedure.

“If we are able to continue to get through the entire semester,” said Paavola, “whether that will happen or not depends on us and our actions.” She explained that this is a time of year where social gatherings are typically expected, and this will be difficult to navigate and be safe. Students, in particular, enjoy Halloween parties but “if students or others decide to have Halloween parties, it could negatively impact campus… I can’t stress enough the idea of doing the right things like wearing a mask.”

Finally, most will recall the decision to end the semester before the fall holiday season. This will be beneficial to reduce back and forth traveling, but for many, this could now be their first time traveling home to their parents or family/friends during the pandemic. Paavola suggests that it would be a very good idea to create a two-week plan before traveling home. This would help to “ensure they are not Covid infected before they hug grandma on Thanksgiving,” she said.

This involves doing a lot of the same social distancing protocol. “Self-isolate while going to class, or keeping a smaller contact size,” explained Paavola. “Keep interactions you’re having with a smaller number of people as a way to try to help prepare yourself for your travels back to your family and friends.” There are several holidays coming up, but that does not change the need for a plan.

“Thanksgiving is going to be difficult for a lot of families who can’t get together, I think it’s going to be kind of difficult for those who can if they’re doing it correctly because it’s going to be different.” However, Paavola remains optimistic and thankful for the support and success of NMU so far. “If [everyone] hadn’t helped, if they hadn’t followed the protocols, if they had caused trouble, if they had been having crazy amounts of big parties – Northern wouldn’t be in the situation we’ve been in. We wouldn’t have got this far,” said Paavola. “We have worked hard as an administration, but we totally understand … we are truly all in this together.”