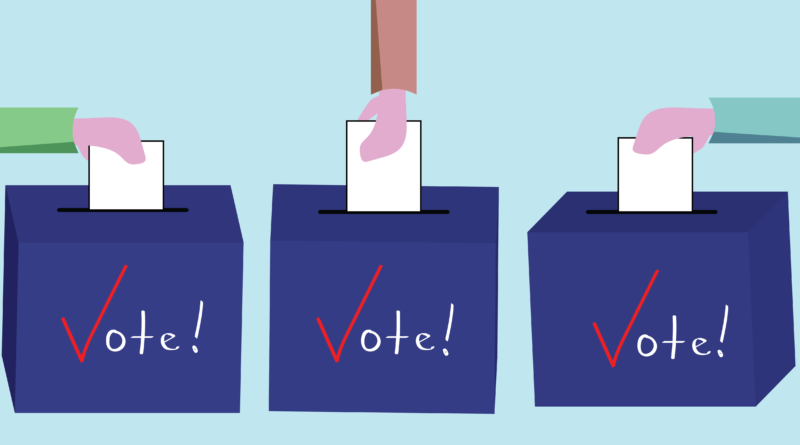 With election day being tomorrow, knowing who’s running and their past record is the best way to ensure votes cast are coming from an informed place. The election will take place tomorrow from 7 a.m. to 8 p.m. at various spots around Marquette. To find your polling place, go to vote.org and put in your current location.

If you are unsure whether or not you are registered, you can confirm by going to the Michigan Voting Information Center. Those who are not registered can do so on the same day by visiting Marquette City Clerk’s office or by visiting the satellite clerk office on NMU’s campus. One of these races appearing on the ballot is the U.S. House Michigan District 1 race between Republican incumbent Jack Bergman and Democrat Dana Ferguson. The district contains counties in the U.P. and counties surrounding Traverse City and Alpena. The North Wind reached out to both the Bergman campaign and the Ferguson campaign and received responses from Ferguson, but not Bergman. The following is the response from Dana Ferguson and information from Jack Bergman’s campaign website.FERGUSON ON THE ISSUES

NW: What legislation will you work to enact that will benefit students?

DF: I will enact legislation to protect and improve public education funding, which is the most important way to benefit students. We need to focus on career and technical education, and ensure higher education is affordable. Too many students go into debilitating debt after receiving their degree. Higher education must be more affordable.

Improving access to quality healthcare is also something students are asking from leaders. This is personal to me. Whether it’s for mental healthcare or rural access, I will fight for legislation focusing on moving toward a single-payer system.

NW: How would you make the job market more accessible to college-aged students?

DF: Current students attending a college or university should be provided more opportunities to gain experience in the field they are interested in entering. Paid internships are a great way for students to gain real world experience while building connections that will benefit them down the road. The federal government can provide incentives for businesses, in turn creating more opportunities for current students. This will have a positive impact on the students, the business as well as the overall economy.

For recent graduates, more should be done to facilitate the transition from student life to career life. Individuals willing to invest their time and money into bettering themselves should at least have the assurance that there will be some effort by the educational institution to assist them in finding a position in their field. Holding educational institutions somewhat accountable for their students’ future will help reduce the revolving door of students entering and exiting school with no concern for their lives outside of it. The investment should be reciprocated. If the student is putting in the time and money, the school should do everything they can to make sure those expenditures are worthwhile.

NW: What are your plans to support environmentally friendly legislation?

DF: My plan to support environmentally friendly legislation is grounded in my belief that climate change is the greatest existential threat of our time. Through legislation, we will partner with businesses to move away from fossil fuel usage. I am also determined to make sure that the United States rejoins the Paris Climate Accord [which] would be one of the most effective ways of tackling climate change. We should be leaders in the fight and assist developing countries [to] move away from their reliance on fossil fuels. Another way is to strengthen Environmental Protection Agency funding that had been stripped by the Trump Administration. I am also determined to see to it that the United States becomes carbon neutral by 2030 through modernizing infrastructure, like our electrical grid and moving toward regional energy independence. I am a strong advocate for evaluating our fossil fuel use to move away from it because it is one of the major contributors to climate change.

NW: What will you do to help ease the financial and mental burdens caused by COVID-19?

DF: I will help ease the financial and mental burdens caused by COVID-19 through supporting similar legislation to the CARES Act that Congress passed this past spring that provided economic relief for Americans. I will also support legislation that makes testing more accessible, as that is one of the key ways we can end the pandemic. We need leadership here. My opponent voted no on the HEROES Act, which will fund essential components of our economy with the resources and tools they need to survive the pandemic.

If we don’t have proper communication coming from the Federal government – guidelines to which citizens can adhere – distrust causes chaos. I will be proactive in my term ensuring municipalities and universities have the resources they need to keep students safe, informed and comfortable.

I support expanding and increasing unemployment for those out of work, PPP loan forgiveness for small businesses, and easier access to PPE supplies for healthcare facilities, universities and community clinics.

NW: Why should college students support you as a candidate?

DF: College students should support me as a candidate because I have grown up in the district. I know what struggles people go through in Northern Michigan, as I have experienced them first hand. I know students want politicians to actually pay attention to the constituents they serve.

We need well developed economic policies to make sure students who come to the district will have jobs afterwards. Currently, a lot of college students move away from the district after they graduate. I am determined to connect demand to supply when it comes to job placement and student employment.

You will be heard. Whether you vote for me or not, whether Democrat, Republican or any other party, because the division in this country is not sustainable. We can work together. We must, and we’ll be far better off as a country if we bridge the divide.

BERGMAN ON THE ISSUES

Jack Bergman was elected to the House in 2016 winning a race to replace retiring Republican Dan Benishek. He served in the U.S. Marine Corps from 1969 to 2009 in which he gained the rank of Lieutenant general. When he was elected, he became the highest ranking combat veteran ever elected to congress, according to ballotpedia.“As someone who was personally involved in the fight to defend our country from terrorism, I know what the military needs to defeat our enemies. I have seen the horrors of war and understand that, under the Constitution, the most important vote a member of Congress can make is whether or not to send our troops into battle. I promise that I will only support the use of troops when it is absolutely necessary. When the threat requires the deployment of our military, I will ensure that our troops are trained and equipped to win decisively and return home to their families,” Bergman’s campaign website says.

Bergman’s campaign website outlines a number of issues that will be at the focal point of his agenda while in office. Some of these initiatives include revisiting infrastructure projects in the Soo Locks, protecting the second amendment, providing better jobs through reducing government regulations and stopping Asian carp from harming the Great Lakes.“Red tape and federal bureaucracies have held back progress on the Soo Locks for over 30 years. Annually, more than 10,000 ships traverse the Soo Locks and over $500 billion worth of iron ore is shipped through Locks — making them vitally important for our regional and national economy. An unexpected long-term closure of the Soo Locks during shipping season would send the First District’s and all of Michigan’s economy into a tailspin. This is why I secured bipartisan support to fund this critical piece of infrastructure and ensure Michigan stays at the forefront of the nation’s supply chain,” Bergman’s campaign website says.

He also hopes to work on increasing job growth through bringing high-speed internet to rural places in Michigan. According to his website he says he will close the gap and help bring critical infrastructure to ensure everyone has access to reliable internet.

“One of the biggest inhibitors of job growth in the rural areas of Michigan’s First District is connectivity. We cannot keep losing families and business professionals to other communities simply because we do not have access to reliable high-speed internet. I have consistently voted for initiatives that will close the gap and help bring critical infrastructure to our rural communities so no one is left behind,” Bergman says on his website.