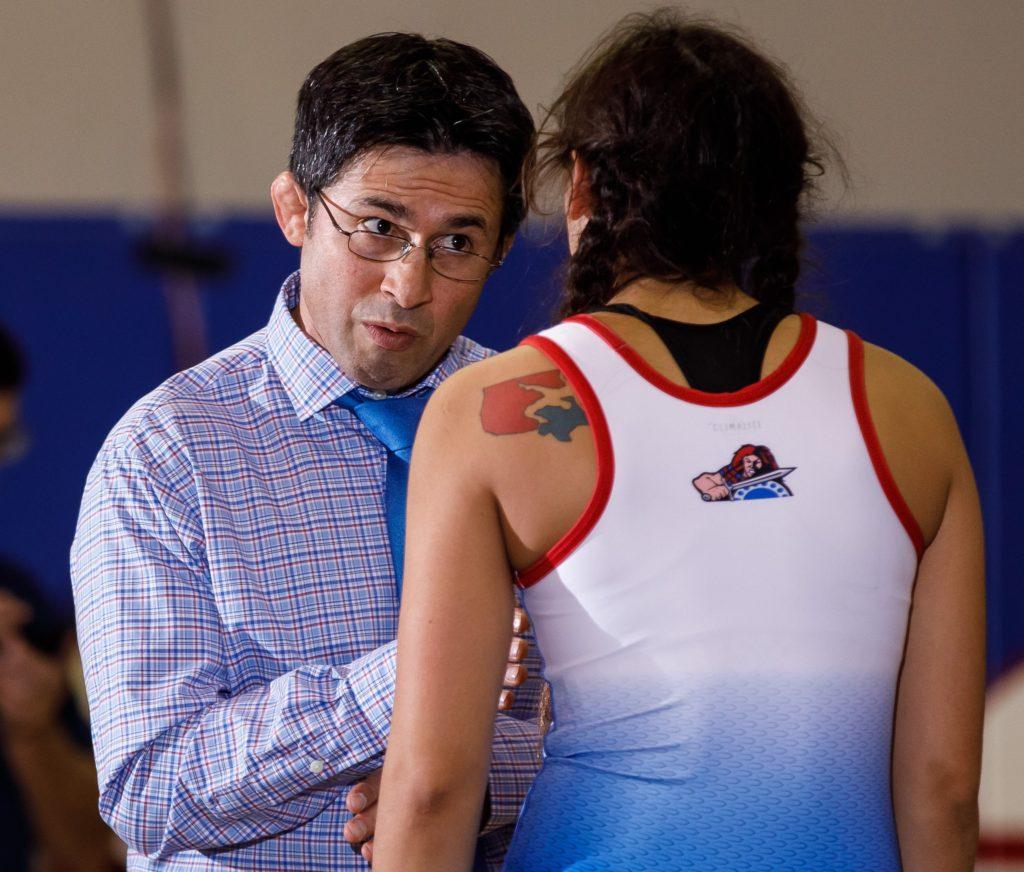 NMU has hired its first ever women’s wrestling head coach in the program’s history; announcing Celso “Tony” DeAnda to lead the team in its inaugural season.

Living in Marquette from 2005-11, DeAnda was an assistant coach for the women’s wrestling team that used to be offered from 2004 through the spring of 2012. After an eight-year hiatus, the sport will make its debut as a NCAA varsity sport in the fall of 2021. There was women’s wrestling in the past at NMU through the United States Olympic Education Center.

“I’m honored and excited just to be part of something new, and it’s a groundbreaking moment for myself and the university,” DeAnda said.

DeAnda grew up in South Sioux City, Neb., and was a NCAA DII All-American in his wrestling career at Augustana University in Sioux Falls, S.D. He was ranked in the top 10 in the U.S. and was a three-time national place winner. He went on to wrestle in Mexico, where he was a five-time national champion and was Real Pro Wrestling’s first 60kg Champion.

After his wrestling days came to an end, DeAnda began his coaching career with NMU in 2005, working with the USOEC program. He started coaching women’s wrestling, and he has some great memories from that time, DeAnda said.

DeAnda left Marquette in 2011 for the University of Jamestown in N.D. to become the head coach of women’s wrestling. From 2011-16 under his tenure, the team had 16 Women’s Collegiate Wrestling Association All-Americans, six WCWA Scholar Athletes and six athletes qualifying for the Olympic Team Trials. In 2017, DeAnda headed to the University of Providence in Great Falls, Mont., and coached one WCHA All-American, and had two athletes placed at the 2017 UWW Under 23 Championships. At the 2018 WCWA Nationals, Providence finished 15th.

In his final and biggest stop before returning to Northern, DeAnda started the women’s wrestling program at Presbyterian College in Clinton, S.C. It was his first time coaching at the NCAA level. At Presbyterian, DeAnda had five WCWA All-Americans and two national champions. His team finished in fourth place at the WCWA Nationals in early 2020 in his final season with the team. In total, 15 athletes made the conference academic honor roll under his tutelage, and two athletes qualified for the Olympic Team Trials.

“To be able to coach at a place like Northern, I think it’s good to have NCAA experience. So that really helped me get involved in that process here,” DeAnda said.

However, DeAnda always knew that he would jump at the chance to come back to NMU if he could, he said. Even though the NMU Women’s Wrestling program has yet to make its debut on the varsity level, there’s history and roots within Northern Michigan for its wrestling, he said.

“There’s a history through USOEC which I was a part of, and as far as the advancement. It’s exciting that Northern is adding it at the college level just because women’s wrestling has grown considerably since I first got involved back in 2005.”

The advancement of the sport is something that’s drastically changed since DeAnda left NMU nine years ago. Schools have been adding women’s wrestling in Wisconsin, Michigan and around the Midwest, DeAnda said. NMU is the first public university in the state of Michigan to bring in women’s wrestling as a varsity program.

When first starting to coach women’s wrestling, DeAnda didn’t know what to expect. The sport has advanced a long way since then and he’s just glad that Northern is also willing to add to the number of teams across the country that have added women’s wrestling, he said.

“It’s always exciting to be part of that process and help in that process,” DeAnda said. “I do feel a little bit like a pioneer, but I think it’s more the institution that’s doing the pioneering because they’re ultimately the ones that decide to add the sport.”

DeAnda isn’t at NMU yet, but his spirit has already arrived. There’s still time to get an assistant coach and recruit, he said. The COVID-19 pandemic gives him time to get a staff and roster together, but he doesn’t see it as a tight time constraint, DeAnda said.

It’s only less than 10 months until the program begins its first season, but the DeAnda era has officially begun.