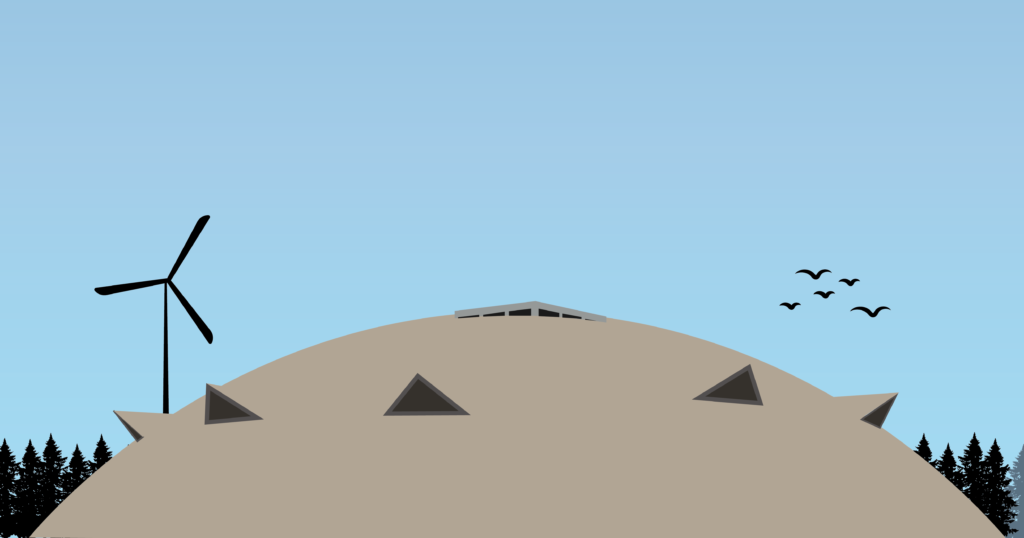 Sam Rush/NW CARBON NEUTRAL-With many universities making strides towards sustainability, NMU has an opportunity to be a leader

Northern Michigan University is nationally renowned as a center of excellence in teaching and research. What began as a teaching college in 1899 has over time redefined the regional academic landscape. In 2020, our legacy was resilience. Throughout the last century and recent decades, Northern has deftly responded to emerging threats by transforming itself and adapting to the new context, be they economic, cultural, political, ecological, and (most immediately) public health. By dreaming big, coordinated efforts, and swift action, Northern has a reputation of positioning itself at the forefront of what is possible, serving as an example for peer institutions to emulate. In the last few years, NMU has doubled down on its commitment to sustainability by launching the Sustainability Advisory Council, the Eco-Reps, additional degree and certificate programs, new courses, new faculty hires, and new partnerships and collaborations. Indeed, such efforts are internationally recognized. According to the Association for the Advancement of Sustainability in Higher Education, NMU has moved from “Bronze” to “Silver” status when measured in their STARS framework assessing sustainability performance. This designation is a significant accomplishment. And yet, NMU’s sustainable solutions remain woefully inadequate to tackle the present climate crisis.

In 2018, the world’s foremost experts on climate change comprising the United Nations Framework Convention on Climate Change warned that we have just nine years left to avert irreversible damage to the planetary system, damage that sets into motion unpredictable tipping points of ecological collapse. Research has definitively shown that the climate crisis already poses a measurable threat to Marquette County’s social, economic, and ecological well-being. For example, Lake Superior has risen 3 feet since 2013, and coastal erosion has become a big problem in Marquette, as demonstrated by last year’s devastation of Lakeshore Boulevard. Surface temperatures of Lake Superior are increasing, evaporation rates are growing, and ice cover is declining. Winters are increasingly milder and more variable. The projections indicate that the Marquette region may be wetter and warmer in the coming years, and storm events will become more frequent and more severe. We can expect an increase in tree mortality in forests from changes in precipitation and biodiversity declines due to changing climatic patterns. We can also expect increased climate-related health risks for people in Marquette County, including flooding injuries, heat stress, disaster risk, Lyme disease, et cetera. Likewise, we will see an increase in mental illness related to the climate crisis, including anxiety, depression, solastalgia. Over the last few semesters, we have had innumerable NMU students disclose their climate-related mental health struggles.  These students feel powerless as they witness the death of the natural world and authority figures abdicating their legal and moral responsibility to protect them from climate threats and manifest a sustainable academic structure within which they can thrive. The inconvenient truth is that Northern’s current efforts against the climate fight are not grand enough to ensure economic, social or ecological resilience.

Fritz, you are renowned locally as an outdoor recreation enthusiast. The downhill skiing you now enjoy will become an increasingly rare opportunity in Marquette as rising global surface temperatures slowly vanquish winter snow accumulation. Your days of playing hockey outdoors on naturally frozen ponds may be coming to an end, as local waters will fail to freeze under warming winters. As a regional leader in the fight for sustainability, Wildcats are looking to you for strong leadership. By 2030, the United Nations urges all nations and institutions to implement programs and policies that ensure sustainable development moving forward. Here at NMU, we can demonstrate leadership by taking actions towards Sustainable Development Goals 4 (education) and 13 (climate change). As many NMU courses and research already focus on the climate crisis, we see these two goals as synergistic. However, as an institution of higher education, we need to institutionalize our commitment to sustainability, treating it as a systemic issue that runs through our programs. Such leadership will resonate with the vast majority of Wildcats, faculty and staff and further edify our reputation as an institution of academic excellence.

In anticipation of the COP 26 United Nations Climate Change Conference in Glasgow, UK from (November 1-12, 2021), the Higher Education Sustainability Initiative is galvanizing a global consortium of institutions like Northern to commit to carbon neutrality by 2030 or 2050. To align with international climate goals, Governor Whitmer signed Executive Order 2020-182 and Executive Directive 2020-10 in September 2020 to create the MI Healthy Climate Plan. This plan puts Michigan on a path towards becoming fully carbon-neutral by 2050. Marquette city leaders have begun the conversation about climate neutrality by 2030 or 2050. It is time for NMU to play a leadership role to align with these broader initiatives.

More than 34,157 institutions have now committed to this achievable task, many of which are NMU’s peer institutions, by signing the Global Universities and Colleges Climate Letter. In the face of this immense existential crisis, we encourage you to root your leadership in NMU’s history of bold leadership and leverage NMU’s spirit of innovation. Let’s join our peer institutions and respond to this most urgent threat.

We, the undersigned, humbly request the following actions to demonstrate NMU’s commitment to sustainability and economic vitality:

Fritz, this is our moon-shot moment. Committing to a net-zero Northern will be a most impressive legacy. We recognize that this may seem like a herculean task, especially at the apex of a global pandemic that has disrupted our lives and brought numerous fiscal and logistical challenges to our doorstep. As always, NMU nimbly traverses these challenges and emerges stronger. Deepening our commitment to sustainability will preserve our academic reputation for excellence and innovation for generations to come. Such an announcement would be a promising way to commemorate Earth Day 2021. After such a dark year, vaccines and climate action provide a desperately needed luminescence of hope.

Be assured that you’re not in this alone. We stand willing to be the vanguard of NMU’s climate fight, eager to assist in drafting a carbon neutrality plan and match it with reasonable and feasible interim targets to ensure we reach this goal. Let’s rise to the most significant existential challenge of humankind. Let’s aspire to greatness. Let’s dream beyond our billboard slogans: Be amazing. Be spirited. Be sustainable. Be Northern.

Thank you immensely for your leadership on sustainability and for considering this consequential matter.

This petition was written and circulated by Dr. Ryan Stock, assistant professor in the Department of Earth, Environmental and Geographical Sciences. It has been signed by a multitude of faculty, staff, students and institutions at NMU, and continues to gain signatories. The petition is available to sign here.