Opinion—You are what you eat 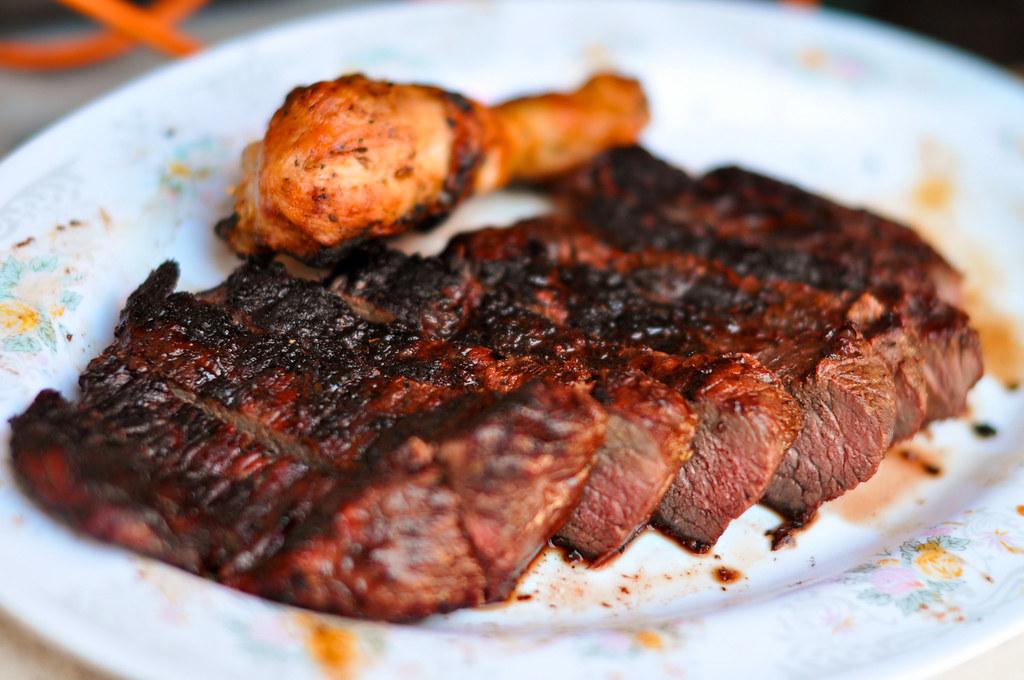 "Meat" by powerplantop is licensed under CC BY-NC-ND 2.0 NOT NECESSARILY CARNIVORES-Humans can live on diets much less filled with meat than many of us do

By now you may be sick of people imposing their own lifestyle choices on you. Whether it be your friends, family or public figures like celebrities or influencers. I know I dislike when someone tries to force a certain fad over my way, but I may admit I can also be a sucker for them. It seems like in the past decade or two one of the most imposed factors of lifestyle is diet. The tricky thing with diets is that one thing might work for a certain person and completely fail for another.

Whether it is a “fad” or not, I think it’s time for us to thoroughly ask ourselves to consider if we can do more for our environment by way of our diet. For example, implementing vegan/vegetarian meals into our weekly diets as an alternative to giving up meat and dairy altogether.

It must mean something when globally recognized fast food restaurants like Taco Bell, Starbucks, Burger King and more are offering vegan/vegetarian options on their affordable, limited menus.

I personally eat meat on rare occasions. It’s not because I’ve been fed horror stories about meat production, I simply find it a cleaner way of living. But if I could just persuade you to cut back on your meat consumption we would both be making a step in the right direction.

Those statistics are scary. Some people will say it’s more expensive to eat meatless. But it’s really not. The meatless diet revolves around beans, lentils, whole grains and vegetables, and these plant-based proteins tend to have more health benefits than meat, according to the Mayo Clinic. They’re also pretty dirt cheap. Again, if a nice juicy burger or steak is your favorite thing in life, I understand. But it’s not like you want to eat the same dish every night. So eat that burger or steak, but then take a couple nights out of the week to have a hearty vegetable soup, a bean burrito bowl or a nice cheese tortellini dish.

But who am I to you? Some college hippie who doesn’t believe in eating meat, a girl on a fad diet or maybe some frivolous social justice warrior? Then don’t just take my advice. The next time you’re looking for something to watch or stream, consider an eye-opening documentary. Lee Fulkerson’s 2011 “Fork Over Knives” documentary explores the adverse effects eating meat has on your body. Stream on Netflix “Cowspiracy: The Sustainability Secret” to further develop the environmental crisis the meat production industry causes. And if you’re dead set on your meat-hearty diet then consider making a difference in a different way; Shaun Monson’s documentary “Earthlings” shows all the ways human indulgence affects harmless animals like in the clothing, entertainment and research industries. Just some food for thought.