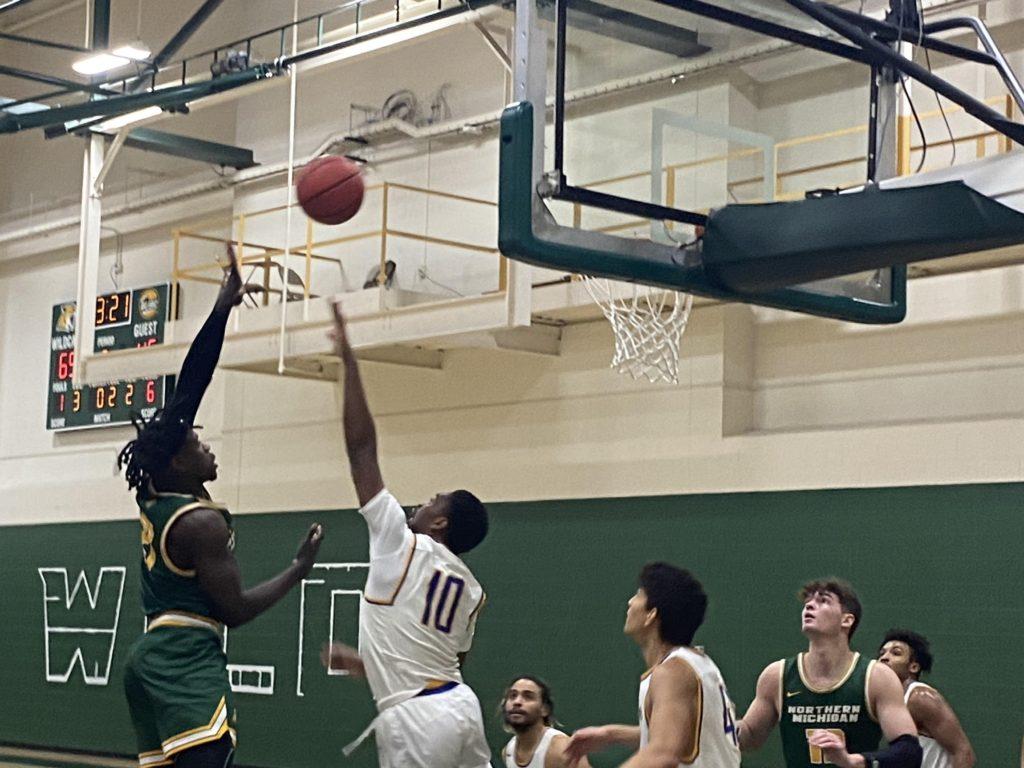 Here are three numbers: 45, 52 and 60. Those were the scoring totals for the NMU’s Men’s Basketball team’s three games prior to its Sunday, Jan. 31 afternoon match-up with Lake Superior State. On Sunday, the Wildcats shot the lights out in their home gym with 56 first half points en route to a 91-70 victory over the Lakers.

The ‘Cats (4-5) were in a shooting funk offensively, but sometimes it only takes one game to snap out of it, and making 51.6% of your shots like NMU did is the way to do it. Northern just came off its third straight loss to LSSU in a 70-60 game that saw the Wildcats get outscored 40-26 in the second half. In what felt like a must-win game, NMU delivered unlike any other performance so far this season.

“It was nice to see the ball go in, especially in the first half. I feel like there’s been a lid on the rim and it was very nice to see the lid lifted and see some shots fall early, Head Coach Matt Majkrzak said in his Zoom postgame interview. “I also think it was a classic example, kind of what I’ve been trying to hit home with them, that it’s not that we’re just missing, it’s we’re not playing with enough pace, and I thought the shots today were the exact shots we want. And I don’t think it’s a complete coincidence that they went in.”

It was a complete and balanced offensive attack for the Wildcats, and not without the help of a new starting lineup. Junior guard Tre Harvey was inserted into the starting group, and he looked like he did in the first couple of games this season with a team-high 21 points and four 3-pointers. Four more Wildcats scored in double digits, including sophomore forward Ben Wolf’s 15 points, and junior forward Dolapo Olayinka’s near double-double with 14 points and nine rebounds. The pair of starting guards junior Max Bjorklund and sophomore Noah Parcher poured in 11 and 10 points respectively to contribute.

“I thought everybody played well, I don’t think anyone had what I would call a bad game,” Majkrzak said. “And that’s another thing we talked about is just offensively, we need more guys who’re having good games, and the best way to do that is to have the ball moving where they’re attacking in better spots, and I thought that was the case today [Sunday].”

Majkrzak was disappointed on Saturday and on Tuesday against Michigan Tech, not in the result, but in that NMU wasn’t being better teammates and did not play with as much passion as he wanted, he said. Going into Sunday’s game, three points of emphasis were to be a great teammate, play with an unbelievable amount of passion and be tougher, he added. This along with a message to have fun and with a lighthearted atmosphere of music before the game, contributed loud and resounding energy to begin the game. What impressed Majkrzak was that not only did his team come out strong with a 56-39 halftime lead, they were able to play strong in the second half too without any letdown.

With their record being 4-5, NMU is right in the thick of the GLIAC race. The Wildcats can add to its win total in a crucial upcoming home series with Northwood on Saturday, Feb. 6 and Sunday, Feb. 7.