NMU Hockey searches for points in road trip to No. 17 Bemidji State 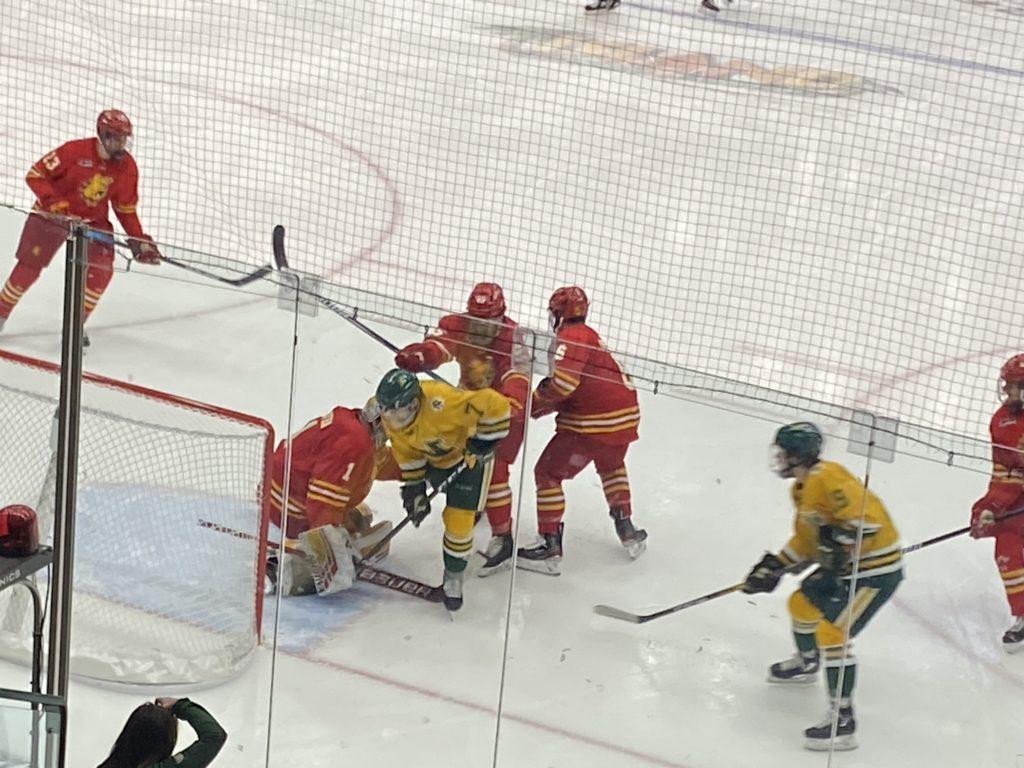 This past weekend, the NMU Hockey team beat its first opponent that not named Ferris State with a split on the road against Lake Superior State. Now the Wildcats have a tall task in front of them this weekend with a road trip against 17-ranked Bemidji State.

The Wildcats (5-11, 3-3 WCHA) bounced back from a 5-4 overtime loss on Saturday, Feb. 6 with a 4-3 overtime win on Sunday, Feb. 7 to earn the split with LSSU. Head Coach Grant Potulny felt his team deserved six points for how they played, he said in his Zoom press conference on Monday. But in the world of college hockey, road splits are all that you can ask for.

“It’s the old adage that if you can split on the road and find a way to sweep at home, you’re going to be in a great spot in the end,” Potulny said. “With the exception of Mankato who hasn’t dropped a game yet, we’ve done that to this point so far and this is going to be a tall task this weekend trying to go to Bemidji and making sure that you get points.”

Northern now makes the over seven-hour trek to Bemidji, Minnesota to take on the 7-4-3 (2-1-1 WCHA) Beavers. The ‘Cats are in the middle of an eight-game stretch in a 14-day period.  Two were just played on the road in Sault Ste. Marie against Lake State, and two more against Bemidji are on the table this weekend.

The Beavers are coming off of a 1-0-1 weekend against Ferris State, and a 4-1 win over third-ranked Minnesota State-Mankato on Jan. 29 before that. Potulny was asked if Bemidji will present the same challenges as in years prior, and his answer was crystal clear.

“[They will] 100%. Their goaltending’s elite, their penalty killing is elite, and their team defense is elite. So for us to think we’re going to win, the games that we’ve won against them over the past three, four years have been like 3-2, 2-1. If we think we’re going to score four again, or win 5-4, it’s just not going to happen,” Potulny said. “You have to make really good decisions with the puck, you have to defend like crazy and you have to capitalize when you get an opportunity.”

Potulny feels like recent games have been closer than they should’ve been at times with the lack of what he mentioned about puck decisions, defending and capitalizing. The play of Beavers’ senior goalie Zach Driscoll has earned him two WCHA Goaltender of the Week honors and a 6-4-3 in net. Driscoll has a .925 save percentage on the year, and it’ll take an effort on both sides of the ice for the ‘Cats to earn six points with a sweep.