NMU Swim and Dive in midst of GLIACs after turbulent season 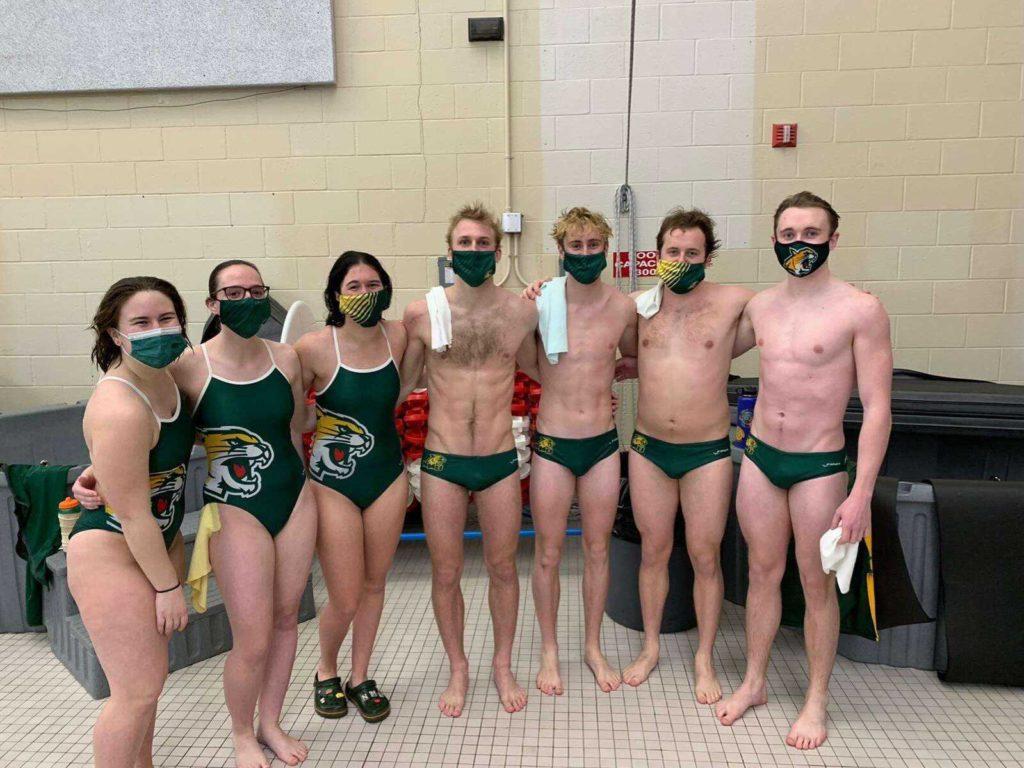 GOING FOR GLIACS—The NMU Swim and Dive team has faced obstacles this season like many other have. But now the Wildcats are competing the GLIAC Championships despite the turbulent season they've had to overcome. Photo courtesy of Connor Dorff.

Like many athletic programs, the NMU Swim and Dive team had to face the challenge of this pandemic head on. Facing cancellations, practice guidelines and even a shortage of practice time in the later months of the 2020 winter semester.

The pandemic has been hard for the athletes not only in the pool but in what they try to make their normal lives. With precautions placed to keep all NMU students safe and healthy, there has been a real limit on team building.

“Our team has dealt with a lot of obstacles and barriers this year, primarily COVID-19 related of course, the shutdown of athletics in the month of November and not being able to start working out again until mid-January was frustrating for all of us,” junior captain Conor Graydon said. “Though I will say I think this time away made all of us more thankful for the time we do get to spend training and competing with each other everyday.”

The freshmen experience is always a hard step when coming from a high school level. Along with getting used to college classes and living far from home, athletes must also get used to a new team. With this pandemic, many freshmen are denied the opportunity to form bonds with their new teammates. The practice has been difficult, just in a team bonding sense, freshman Luke Pettinger said.

“We haven’t been able to hang out and get to know the team due to COVID-19 and its precautions,” Pettinger said.

Freshman Izzy McCabe shared a similar sentiment, saying that the hardest part is not being able to spend as much time with the team and missing out on team dinners and bonding events. But with her first collegiate season happening in irregular times, there’s no comparison.

“Being a freshman, obviously practices are different, but since this is my first year it’s hard to compare to anything else since I haven’t had a normal college season,” McCabe said.

The team went downstate to challenge Saginaw and Wayne State this past weekend. Despite their rocky season, they still managed to put together a good performance. Even with their lack of practice they still showed where they stand in the competition.

“I think the team did outstanding at Saginaw and Wayne State, it was a great weekend to get back into the racing mindset before conference as well as a good way to learn new COVID-19 protocol for travel meets. Some highlights for me were Erikas [Kapocius]’s 400 IM and Meritxell [Font Cantarero]’s 200 fly,” Graydon said. “The fact that we can perform this well after only three weeks of training shows that this weekend was only a preview of the racing/diving that’s about to happen in this coming week as we rest, suit up, shave, etc. and overall make the final preparations for a fantastic conference meet.”

“For only having three weeks of training we did exceptionally well. We definitely need more endurance,” Head Coach Heidi Voigt said.

The Wildcats are in the midst of their GLIAC Championships being held Feb. 17-20. The women’s team is the defending GLIAC champions, and they’ll have the chance to defend their title.

“As I said previously it’s been a long time since we’ve gotten to compete at a major mid/end of season meet and it will be great getting back into a championship meet atmosphere. The thing I’m most excited for at this meet by far is getting to watch and cheer on the team as they compete. There’s a lot to look forward to going into this week of competition and I’m thankful we have the opportunity to get up and show what we can do,” Graydon said. “We have persevered through a lot of different barriers this year and it’s time for the hard work to pay off.”

Though this rough season is coming to a close, the athletes are already excited to start getting back to pools to prepare for next year. Hopefully, they can come together as a team and get the experience that they missed this first season.

“Next year I’m hoping that by that time we can be together in groups and hoping for better bonding. I hope the new freshmen get the experience that we didn’t get,” Pettinger said. “Hopefully we can push to new heights and put the struggles of this year behind us.”