Opinion—How will we look back on the Capitol breach? 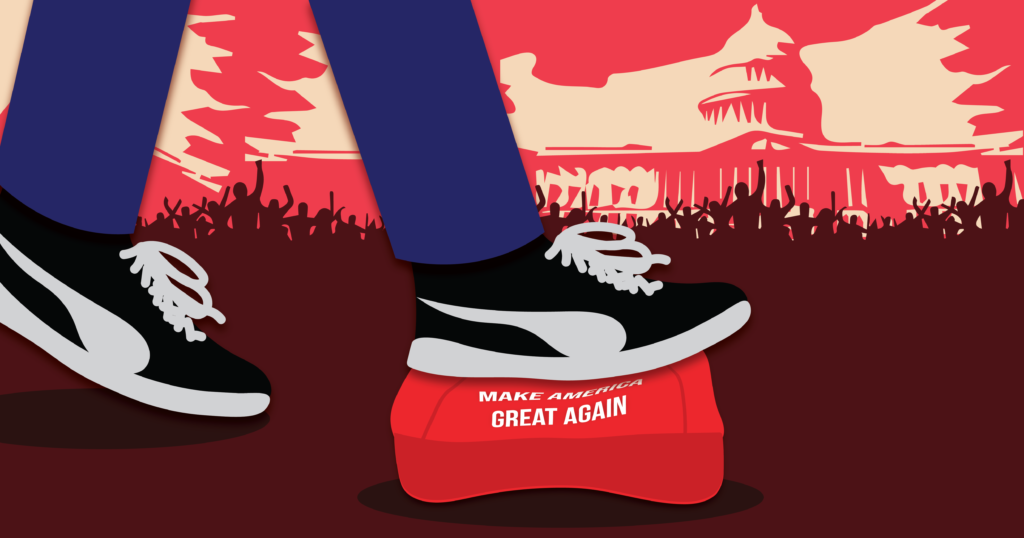 In twenty years, thirty years, how will we look back at the beginning of 2021? I think the breach of the U.S. Capitol will be one of the most significant moments this year will be remembered for, and it won’t be a pleasant memory, that’s for certain.

The FBI is still investigating and trying to find all those who were involved in crimes in the US Capitol on Jan. 6 this year. Photos of those who were present in the Capitol building that day are lined up on the FBI’s online wanted bulletin, ready for family, coworkers and friends to discover someone they know among those pictured. For those terrorists who placed pipe bombs at the site during the attack, if anyone can provide information leading to their location, arrest and conviction, the FBI is offering an award befitting the crime: $100,000, according to the most wanted site.

If you look through the photos made available by the FBI, you can see a variety of emotions in the faces of the Capitol rioters. Many are decked out in MAGA hats, leather biker jackets or camouflage. Some appear to be individuals you wouldn’t be afraid to run into at the local grocery store in the produce section. Some seemed young enough to be classmates. Others covered their faces entirely, and some hold expressions of mania or complete coldness. All of those folks felt so strongly in favor of the misinformation fed to them about the election, that they are now being hunted for crimes against the United States government.

The FBI isn’t the only law enforcement agency hunting out extremists in the wake of the attack.

Police departments are trying to weed out such extremists, particularly white supremacists, in their ranks as well, resulting in suspensions and firings of various law enforcement personnel across the nation.

According to reporting by MSN CBS News, 35 police officers in the Capitol Police are under investigation for their behavior in regards to the Capitol breach, and 6 officers have been suspended with pay.

There were “at least 30 police or other law enforcement officers who attended the demonstration on Jan. 6,” according to coverage by the New York Times. “Their presence has brought to a boil questions that have been simmering for years: How many law enforcement officers nationwide subscribe to extreme or anti-government beliefs, and how, precisely, can agencies weed them out?”

The Houston Police Department, for example, took a strong stance against supporters of the Capitol riots in the wake of the breach, with Police Chief Art Acevedo harshly speaking out against extremist beliefs in an address to cadets. Acevedo informed the young cadets that they were expected to report fellow officers if they found evidence of extreme or anti-government beliefs.

Each of the rioters will continue to be under investigation until they are found and held accountable, like those who have already been located and charged by the FBI.

Yet, it is frustrating to see that Trump, acquitted by the Senate for his own role in the riot, will not face further repercussions. When we look back on this year, I hope we will be able to say each of the people responsible for the breach of the Capitol was fully held accountable. I hope Mr. Trump does face repercussions, be they legal, political or social, for the events of Jan. 6 and the polarized and hate-filled political climate he lied and bullied into existence.

So where do we stand, more than a month after the historic event? Justice is incomplete, and we must push forward, seeking out rioters, extremist law enforcement and contributors to the attack.