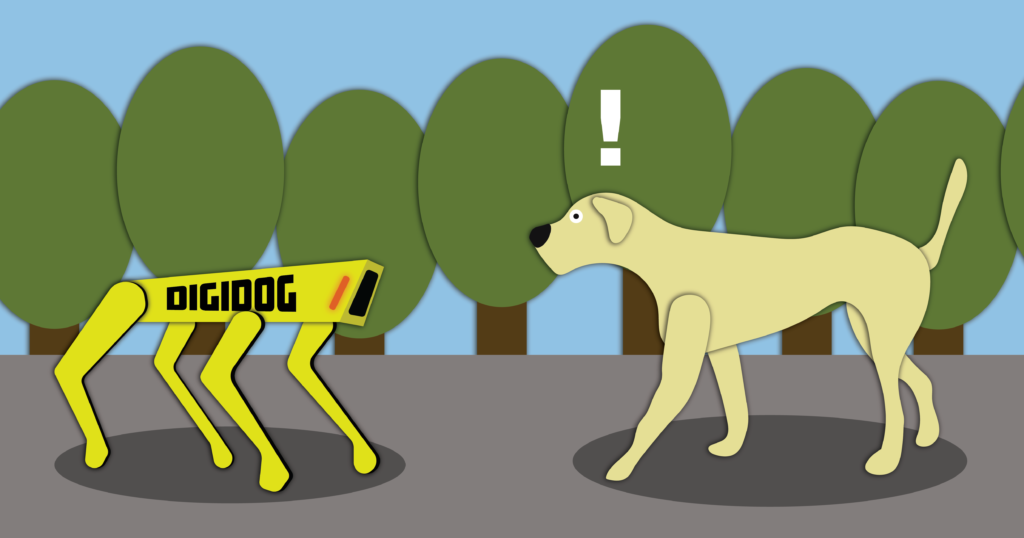 During the summer of 2020, I watched in horror as police brutally dealt with innocent protestors following the death of George Floyd. For many Americans, especially those living in low-income minority neighborhoods this sight is all too familiar. In response, many activists have turned their attention to questioning how police should be spending their budgets. Recently, an article by the NY Post showcased the New York City Police Department’s new specialized surveillance robot. While it’s essential to keep everyone out of harm’s way, I worry that this technology will be used to survey the actions of people in low-income communities without their permission and are a blatant waste of police budgets.

The robotic dog is called Digidog and contains lights, cameras and a two-way communication system that allows its user to control and see everything remotely. It utilizes artificial intelligence to navigate its surroundings, and though it is still in a testing phase, the robot will soon be able to open doors and move objects. So far it’s being tested and used with limitations in situations where an officer’s life could be at risk. But with a price tag of around $75,000 for the base model, I wonder how many people who live in the community were involved in the decision to purchase it. I feel people have the right to know exactly how their money is being utilized by the police.

According to the Urban Institute, in 2017 the police spent an average of $352 per person and $115 billion total across the U.S. With a budget that big, it’s no surprise some departments are using their funds to acquire advanced technology under the guise of helping their local communities. It’s frustrating to think that I have no power over how the departments spend their budgets and purchasing a $75,000 robot dog is a prime example of why we need to exercise more control over them.

I am all for keeping officers safe in situations where their lives could be at risk because everyone has a right to feel safe. However, is it really fair to spend the cost of two Tesla Model 3’s on a purchase the general community has no knowledge of? Instead of spending money on robots and other military-grade technology, how about we invest some of those funds into mental health services and less privacy invading ways to keep police out of harm’s way.

The NYPD isn’t even the first example of using robots in active crime scenes. In Dallas in 2016, a similar robot was used to blow up a gunman who killed five officers and then refused to give himself up. The actions that this individual took towards the police were terrible and abhorrent, but the thought that the police could just blow someone up without bringing them into custody is baffling. I think we all need to have a candid conversation about what would happen if this technology was used by someone who had vile intentions.

Regardless of where you live, everyone has the right to feel safe and not be monitored while they walk down the street. Before this technology reaches the point of being used in surveillance of the general public, we should very strictly define the limits of how this robot can be used. As of now, since there is no legislation strictly defining how robots can be used in surveillance, and there’s nothing stopping the police from using this to conduct routine surveillance. Even though we haven’t yet seen it, I think it’s important to ask ourselves what the future of surveillance will look like. The major surveillence issues and outrageous cost is the prime reason why we should think about how we allocate funds for police spending. Instead of using an expensive dog robot to handle situations that are unsafe we should spend that money on advancing mental health assistance and finding ways to not compromise the privacy everyone deserves.