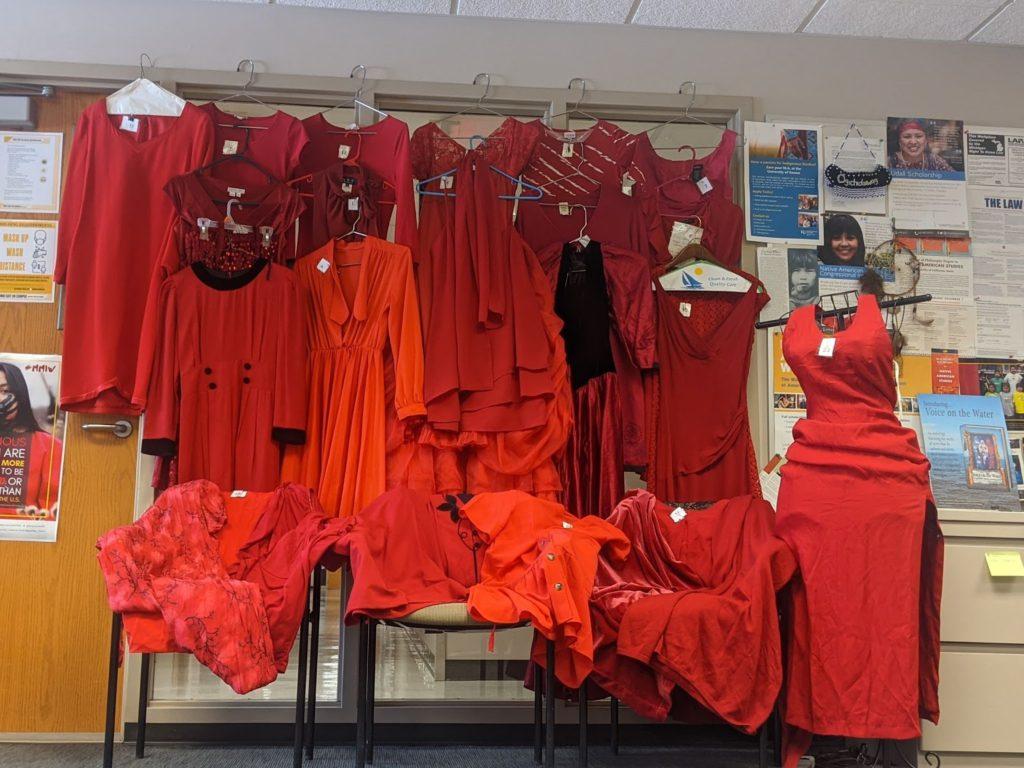 The Center for Native American Studies plans to introduce Murdered and Missing Indigenous Women week to the NMU community from March 22 through the 26. There will be a red dress installation at Whitman Woods, a healing event, a ribbon skirt-making workshop and more.

The MMIW movement gained traction in 2017 and grew after the House of Representatives passed Savanna’s Act, which required the Department of Justice to strengthen the requirements for tackling cases regarding murdered or missing Native Americans, specifically Native women.

“In the United States, American Indian/Alaskan Native people experience higher rates of violence than any other demographic. Native women and girls, specifically, are disproportionately affected by the violence. For example, a 2016 study by the National Institute of Justice estimated that 84 percent of American Indian and Alaskan Native women have experienced violence in their lifetime,” Amber Morseau, director of CNAS said.

In addition, there has been an increase in concern for Native women. Several locations across the US have been identified as hotspots for MMIW cases. It is theorized that the cases are typically linked with pipelines and fracking, and with Line 5 making its home here in the Upper Peninsula, Morseau fears that there will be a significant increase in crimes against local Native communities.

CNAS considered these statistics, concerns and the desire from NMU’s community to discuss the topic, and decided it was important to highlight MMIW during Women’s History Month. The red dress installation that will be at Whitman Woods is inspired by The REDress Project, an art installation by Jaime Black that hoped to highlight “gendered and racialized nature of violent crimes against Native women and to evoke a presence through the marking of absence.”

Morseau felt that if people in the community were going to participate in one event during MMIW, it should be the installation.

“The dresses are haunting and evocative. One can easily imagine a woman who once inhabited each garment. Jaime Black is said to have chosen the color red for a variety of reasons—because it invokes the violent nature of the atrocities occurring: abductions, assaults, trafficking and murders,” Morseau said. “She says that red ‘is the color of lifeblood—it connects all of us and it is sacred but it is also an allusion to what is happening to our women.’ You really have to walk through it to feel the power in those dresses.”

The installation will have QR codes posted along the trail to help give visitors context to what they are seeing. Morseau hopes that those within NMU’s community that are Indigenous will find “a space deeply considering equity and justice” and “a space for catharsis for those who have experienced violence themselves or loss of this type.”

On Friday, March 26 at 1 p.m., CNAS will be hosting their healing event named “Sing Our Sisters Home” virtually on Zoom with the passcode RedDress, which will feature a local native band Morning Thunder. Fires will also be lit at the Whitman Fire Site Monday through Thursday, from 7-8 p.m.