Department of Theatre and Dance modernizes Romeo and Juliet 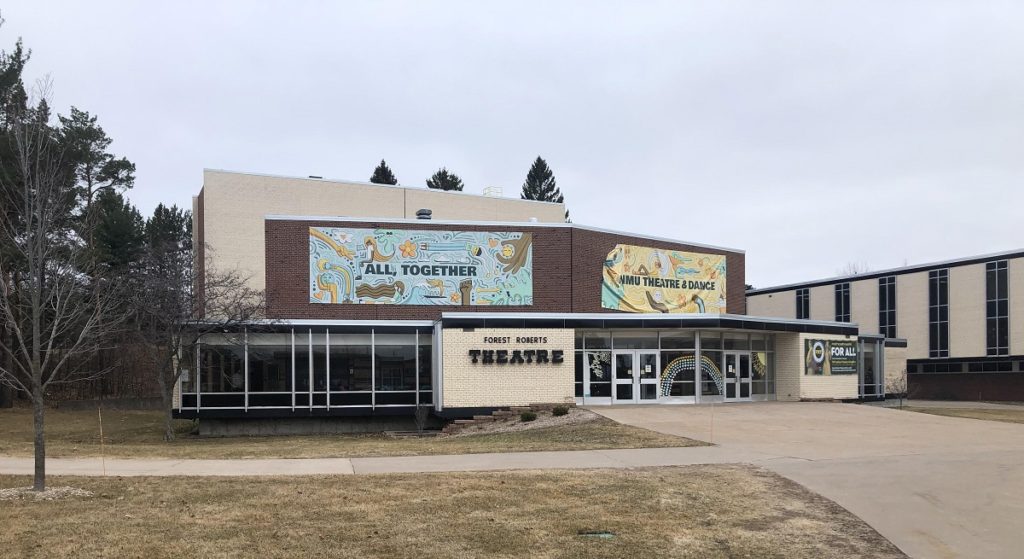 Northern Michigan University’s Department of Theatre and Dance is producing a modern take on Shakespeare’s Romeo and Juliet to cap off the end of the 2021 winter semester. The show will be live starting May 10 through June 30 and will be professionally filmed and released.

Due to COVID-19 restrictions, the show will be viewed entirely virtually. The production will be filmed on two different moving cameras and released on a few different platforms. However, according to Director Paul Truckey, the virtual format experience makes the show even more special.

“It’s just been incredibly exciting actually getting to rehearse and perform a fully staged play again during COVID-19,” Truckey said.

Filming the entire production, gives the students and cast an entirely new learning experience, one they may not have had during a normal year, said Truckey, who has been a professor of theatre at Northern since 2003. Working with cameras and performing with no audience is a new feature.

Auditions for the production of Romeo and Juliet were open to the entire NMU campus of students. The cast features a relatively small number of students with 11 cast members, several of which play multiple roles in the production. The majority of the actors and actresses are theatre majors.

NMU’s production of the famous story of Romeo and Juliet has a couple of modern twists to it, Truckey said. Parting with the usual storyline, both lead characters will be played by women and as women. Juliet is played by Rebecca Piepzack and Romeo is played by Sophie Shrauger, both freshmen theatre majors at NMU.

Because the two women are close friends, Shrauger said she found it easy to connect to the role acting as Romeo, opposite of Piepzack.

“We have this genuine love for each other already, so the love that you see on screen truly is real,” Shruager said.

The other twist in the play is that the story is set in a pandemic to account for the actors and actresses wearing masks on the set, which according to Shrauger, was near impossible.

“NMU is making incredible progress on creating safe opportunities to perform,” said Shrauger, who also mentioned how excited they were to be able to perform safely with the cast and crew.

“Everybody was very conscious of COVID-19 throughout the entire process, especially because some actors were very close to each other for some scenes,” Shrauger said. Everyone felt lucky to be able to rehearse in person, despite the pandemic.

Bill Digneit, director of Theatre and Dance, shares how the cast members have been working.

“We have been working tirelessly to create and build our scenic environment and rehearse the show with all of our performers,” Digneit said.

Digneit and the rest of the Department of Theatre and Dance are looking forward to next year. They are excited to be bringing back musicals next fall to the Forest Roberts Theatre.

The show will be running in a virtual format from May 10 until June 30. Tickets can be purchased online at tickets.nmu.edu. Student tickets are $5, employee, military and senior tickets are $12 and the general public price is $17 per ticket.

NMU Department of Theatre and Dance recently posted a press release with updates for the production. In order to relieve the pressure of the editing team for the first full-length film, the department changed the showing dates to those listed above. Tickets that were purchased for the original production will transfer over to the new showings with no extra steps needed.