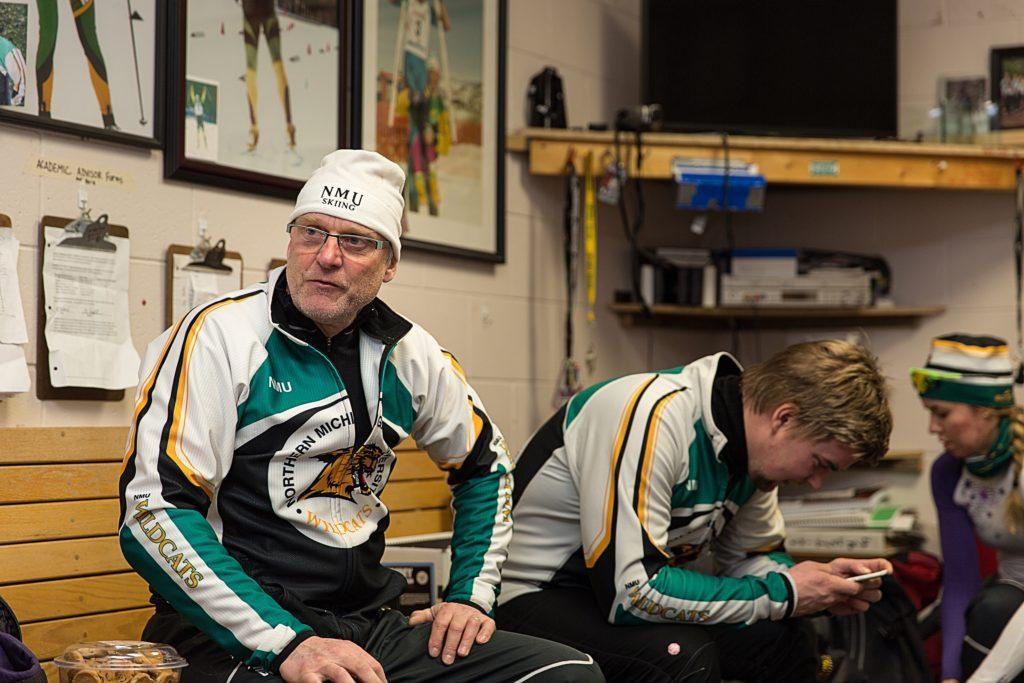 “Many of them made me a complete believer, as far as if they have the passion and desire even though they might not have all the talent in the world, they can actually persevere and reach their goals,” Fjeldheim said. “I have had some athletes that have not been the most talented but had incredible work ethic, great students, just good people and they’ve achieved things that I didn’t think they were capable of. They energized me, they gave me a lot of faith in our future.”

Looking back on his time at NMU, the achievements are not the most fond thing that Fjeldheim remembers. Without the high character of his athletes, he’s not sure that his illustrious career could have gone on. Coaching is not just showing up to practice each day, it is about having a “thumb on the heart of the program”, he added.

“I have said this many times, if my student-athletes that I recruited hadn’t been so professional, because that’s something I taught them right off the bat and communicated so well, that was number one in our team rules was communication,” Fjeldheim said. “Over all the years that I coached here, I can’t ever remember having a discipline problem, an athlete breaking the law or getting in trouble. Many times I have said myself, ‘if I had to come in and discipline these young adults, and I had issues with them getting in trouble, I don’t think I would have stuck with it.’”

Fjeldheim was able to balance coaching with his family life thanks to the support of his wife and three children, he said. What also helped was his skiing family, and Fjeldheim told them often that he spends more time with his athletes than with his family, so that they too should be family.

It was a storybook ending for the long-time coach, earning his final CCSA Coach of the Year honors and leading the teams to a combined fourth-place finish in the National Championships. It almost appeared that Fjeldheim had made the decision after the fact to retire and end his career in epic fashion. However, this wasn’t the case, as going into this season he knew it was going to be his final year so he could go and spend time with his supportive loved ones. His two daughters now have five children between them and his son has a business in Marquette, and Fjeldheim is excited to watch that progress, he said.

“Well it was awesome that we ended on such a high note in the NCAA Championships, but I had already made the decision based on the fact that I’m turning 65, I’ve been doing this for a long time. It’s just time for Pam, my spouse and myself to kick back a little bit and spend more time focusing on the grandkids, our kids and each other,” Fjeldheim said. “Since I coached men’s and women’s running for 21 years, and along with the skiers and occasionally I was in charge of the track program, we haven’t had a weekend in 35 years in the fall to go look at the fall colors or go camping or anything. It isn’t that I haven’t had a passion or I didn’t love my job, it is time to move on to something new, a new chapter.”

35 years is a long time to do anything, and coaching multiple teams at the collegiate level seems even longer. Fjeldheim tried his best to reflect on it all, but if he would’ve mentioned everything, days might pass on the calendar.

“It has been a growing experience for myself, for my wife Pam, as people. We have met so many great young people from all walks of life, from different countries, from different parts of the United States, and it has really been incredibly fun to see what their accomplishments have been when they get into the professional world after skiing,” Fjeldheim said. “You make relationships and friends for life, so every year when I got freshman, it’s like, ‘Okay, here’s a few more to add to the group.’”