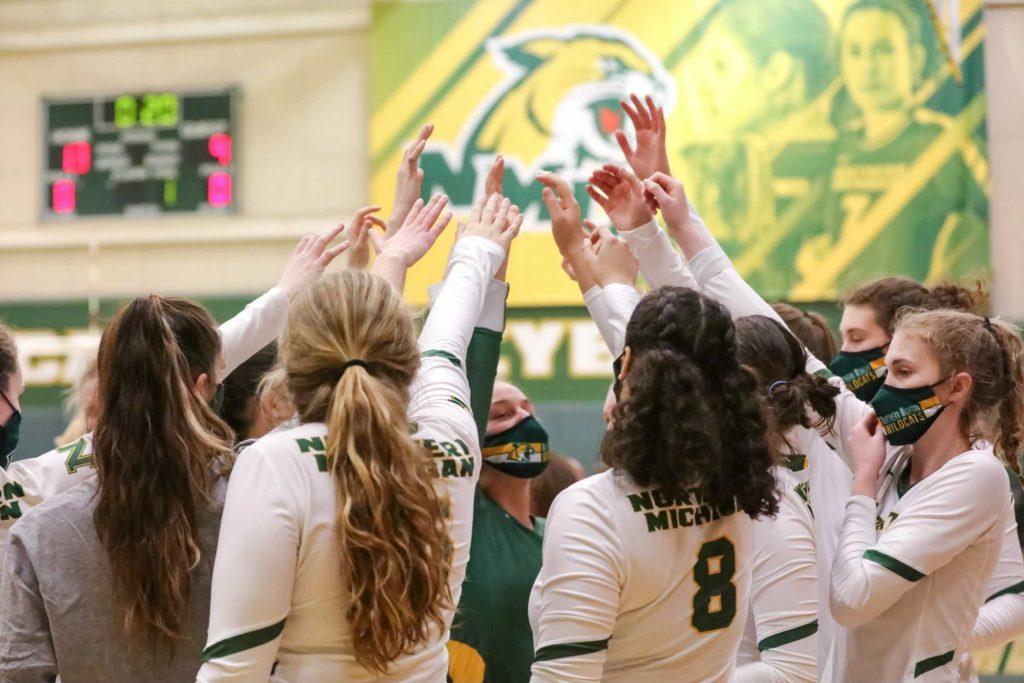 Photo courtesy of NMU Athletics WHAT COULD HAVE BEEN-The volleyball team's historic run could have concluded with a trip to the national championship, but COVID-19 put a stop to it.

The pandemic has caused a lot of grief for a lot of people, there’s no doubting that. In the sports world, many events and games have been canceled over this past year. There was nothing anybody could do about it until there was.

Back in August, the NCAA canceled all fall sports championships for the 2020-21 school year, which makes sense looking back. However, some sports at NMU had the luxury of being able to play in the spring, such as volleyball and soccer. The volleyball team went on a historic run to the program’s first GLIAC Championship since 2003 with a 15-2 record. In a typical year, the ‘Cats would’ve been marching on to the NCAA Tournament. But this isn’t a typical year.

However, if teams are playing and winning titles, why isn’t there a national tournament?

I know that the championships were canceled by the NCAA, and some fall sports such as football and cross country didn’t take place. But for the sports that were able to be played in the spring, why can’t they now compete at the highest level for a national title? I’m not saying NMU was screwed out of a national title, but we were sure screwed out of the opportunity.

I wouldn’t even say anything if there weren’t any championships at all throughout the entire year. But newsflash, the men’s and women’s basketball national championships were played just over a month ago. The winter sports championships went on as scheduled, so it leaves me conflicted about why the NMU Volleyball team didn’t get a chance.

Maybe the athletes and coaches feel different about it than I do, but what’s the point of playing if you can’t vie for the sport’s biggest achievement? Maybe the thought process was playing any games at all is good, which is true. But trust me, I’ve seen example after example of people finding a way for these sporting events to take place in 2021. Sure the volleyball team was fortunate to have been able to move their season over to the spring and play, but it doesn’t mean that they weren’t flat out robbed of making the tournament if someone had cared a little more.

I don’t know what discussions were had about it, but I don’t want to hear about how it wasn’t possible. That would be a lie. Of course, there have been more than a million things other than sports that have mattered in the past year. But in the context of a less serious manner, I feel bad for this year’s volleyball squad. Some teams didn’t get a season which is very unfortunate. I feel even worse for them. But the volleyball team did have one and it was a historic one that’ll be remembered forever. As a sports guy, it sucks despite all of their tremendous success, to not see them get the chance to complete their journey to a potential national championship.

Nonetheless, congratulations to Head Coach Mike Lozier and his team. I just wish, maybe selfishly, that I could have seen the Wildcats making some noise on the national stage. They were peaking at the right time, and hopefully, the momentum will carry into next season where the NCAA Tournament will happen. Until then, I can only wonder what could’ve been.