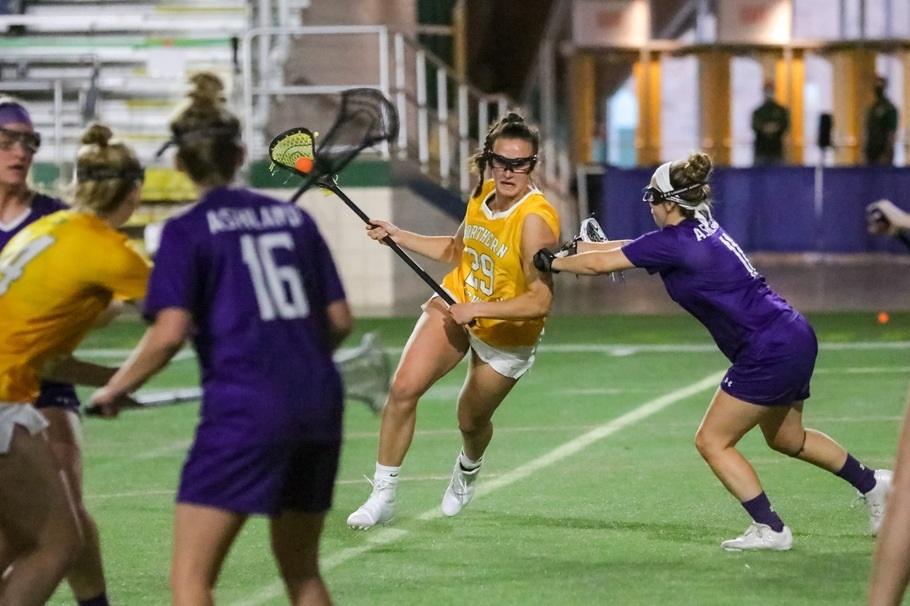 It has been a historic season for many reasons for the NMU Lacrosse team, and they look to stay unbeaten in GLIAC play this season (4-0) when they host 3-0 Grand Valley State University this weekend.

This is the fifth season in program history, and including last season that was cut short five games in, NMU had only 10 wins prior to this year. Still, with four games left in the regular season, the ‘Cats are already up to six, a team record. Junior defenseman and midfielder, Bianca Kinder, is in her fourth season on the team and is returning next year for a fifth season. She’s been through it all with the rough beginnings of the team, and now things are starting to look up.

“For the team, I think it’s really given us a lot of confidence, especially for our underclassmen, they have been huge for us and I think it only shows that we will have continued success going forward,” Kinder said. “For me personally it’s super encouraging and exciting to see because I’ve seen this program really grow and develop and take huge strides in a very short period of time. It’s been very exciting to be a part of that change.”

Growth and adversity define the lacrosse team over the past five years, and this year during the pandemic can’t be described any other way. Not only has setting the program record for victories been sweet, but the fact they’ve done it during a pandemic has made it that much better.

“Honestly with COVID-19 happening this year, there’s been a lot of uncertainty. But with us winning against Concordia St. Paul and working so hard for these wins, it’s been like a super big payoff and our team is just super excited to even be playing these next few games to finish off the season,” freshman goalkeeper Aliyah Smukala said. “Especially [since] we’ve had some games that were unsure that we were even going to play that game or if they’re even going to show up or if the game’s going to be canceled.”

To finish this regular season, the Wildcats have four games left on their 2021 journey. GVSU is the other undefeated team in GLIAC play this season, and they’ll be traveling up to Marquette for a two-game series this weekend. The Lakers will do their best to give NMU all that they can handle, and the ‘Cats will try and be disciplined to counter every punch.

NMU and GVSU will clash inside of the Superior Dome two times in three days in the battle of conference unbeaten. Game one is Friday, April 16 at 6 p.m., with game two hosting senior day and is on Sunday, April 18 at noon.