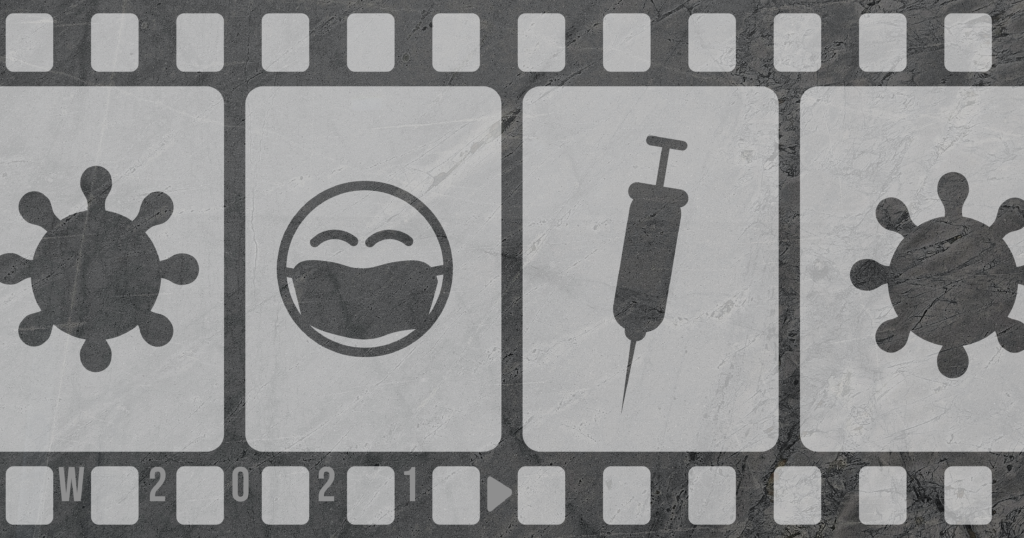 By now I’m sure everyone is familiar with the recent release of “The Winter 2021 Semester” and the mixed reviews it has received. Some claim it was a refreshing break from the usual fast-paced, action-heavy semester movies of the past, while others argue that although the plot had potential, it often fell flat and was disappointing.

Written and directed by 2020s Most Chaotic Director of the Year, COVID-19, “The Winter 2021 Semester” utilized creative costuming and leading-edge technological advances to create an experience like no other.

COVID-19’s costuming choices were the talk of the town when their first movie was released last year, and they did not disappoint this time around. Costumes that cover the entire bottom half of all the actors’ faces create a powerful image that is reminiscent of Bane in “The Dark Knight Rises.” While the coverings added to the mystery of each character, they simultaneously made it difficult to recognize specific characters and capture the full scope of their emotions.

Many of the characters also came off as 2-dimensional, almost as if they were only visible from one side of a screen, and often had to be identified by the sound of their voice alone. This strange format and depiction of characters were upsetting to some viewers, but the revolutionary technology used to create these scenes has been hailed as “the future of all interactions” by the CDC.

The movie opened on a college campus, supposedly set during the winter months but the glaring lack of snowfall made for a disappointing image. The lack of stable set design was made more apparent as the movie progressed, showing scenes in 60-degree weather followed by one in -10-degrees plus a vicious wind chill the next day.

One of the main conflicts, the fast and continued spread of the SARS-CoV-2 virus, made for an interesting premise, but the seemingly never-ending pandemic plotline quickly became repetitive.

This trend continued throughout the entire film. While the exposition started off slow, I expected the pace to speed up a bit as the plot progressed. Instead, I was met with a slow and monotonous stretch of time where very little seemed to progress in a positive direction.

A little over halfway through, a “wellness day” plot twist broke through the long stretch of predictable moments and kickstarted a series of dramatic events that picked up the pace to more of what I was expecting. The excitement was fairly short-lived, however. Even as multiple vaccines to contain the evil SARS-CoV-2 virus were distributed, little hope was given to ensure the viewer that the ending wouldn’t be bittersweet.

The final scenes were certainly stressful and tense but ended with a huge sigh of relief. Not all the loose ends were tied up during the conclusion, but for those following the series, it was more hopeful than we have come to expect from the tragedy-loving director.

While the open-ended conclusion to the film was somewhat disappointing, it did provide ample starting points and opportunities for closure in the eagerly anticipated sequel, “The Fall 2021 Semester.”

Editor’s Note: This piece is a satire column, not a news article. The information presented herein is not factual, and is intended only for amusement. It expresses the personal opinions of the individual writer, and does not necessarily reflect the views of the North Wind.