Lacrosse closes out regular season with trip to Davenport 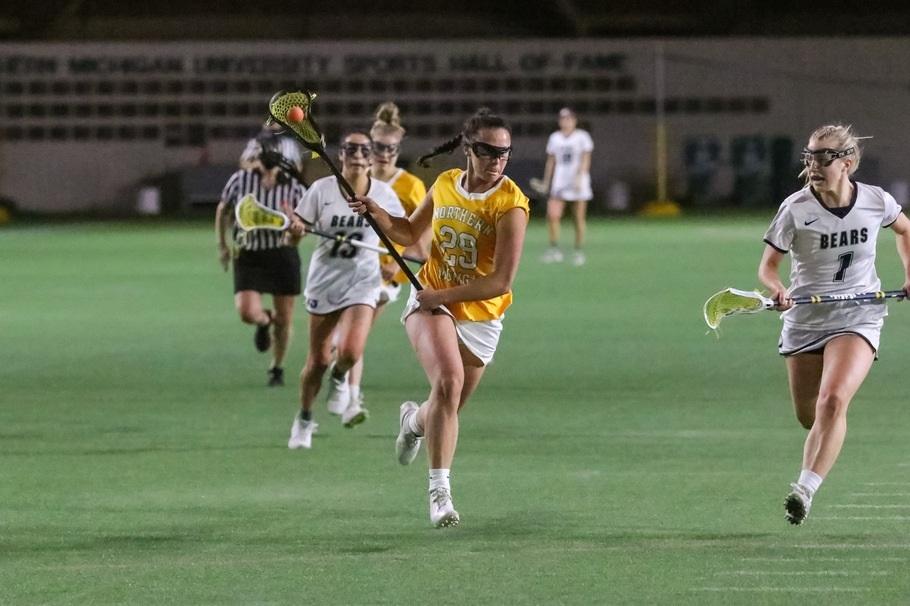 FINISHING STRONG—Sophomore midfielder Jessica Daniels looks to score against Concordia St. Paul inside of the Superior Dome earlier this season. The Wildcats will on the road this weekend when they face Davenport at DU Turf Field on Friday, April 23 and Sunday, April 25. Photo courtesy of NMU Athletics

Things did not go as planned for the NMU Lacrosse team this past weekend when they were swept by Grand Valley State University in the final two home games of the season. Now as the regular season comes to a close, the Wildcats will face Davenport University for the opportunity to earn the second seed in the GLIAC Tournament.

Davenport is 4-1 in GLIAC this season and 8-1 overall. NMU is 6-5 but is only a half-game back in the conference standings at 4-2. In comparing both teams, all three of their combined losses have come to conference undefeated Grand Valley State. Northern lost to the Lakers this past weekend by scores of 19-9 and 18-6 on April 16 and 18, while Davenport fell to GVSU 15-13 back on April 10.

“They’re more similar to us [than GVSU], they’re not a typical superpower where Grand Valley kind of has that reputation of year after year being a high-caliber team,” Head Coach Lindsey LeMay said. “Davenport is more physical and scrappy and are just now starting to break into like they only lost to Grand Valley by two when they played them. They’re having a really good year, they have only lost one game to Grand Valley on the entire season.”

DU has a four-headed monster of goal scorers led by freshman midfielder Anna Glynn with 34 goals on the season. Rounding out the quartet are three veterans with attackers senior Ryann Deuel and junior Aaliyah Miller with both 29 goals apiece, and junior midfielder Brenna Knoll who has 25 goals on the season. However, the ‘Cats will look to match up with their young trio with two sophomores, attacker Emily Renfrew and midfielder Jessica Daniels, and freshman midfielder Madeline Bittell. Renfrew leads NMU with 31 goals on the season, with Bittell and Daniels both scoring 27 goals. Both squads have their scoring core, and it could come up to them to see what team emerges victorious.

“They’re good, they’re almost as physical as we are and they play kind of a structured offense the way that we do,” LeMay said. “So I think they’re a good match-up for us.”

NMU will be on the road in Grand Rapids to face Davenport at DU Turf Field this weekend on Friday, April 23 at 5:30 p.m. and will wrap the regular season with the final game of the series on Sunday, April 25 at noon.