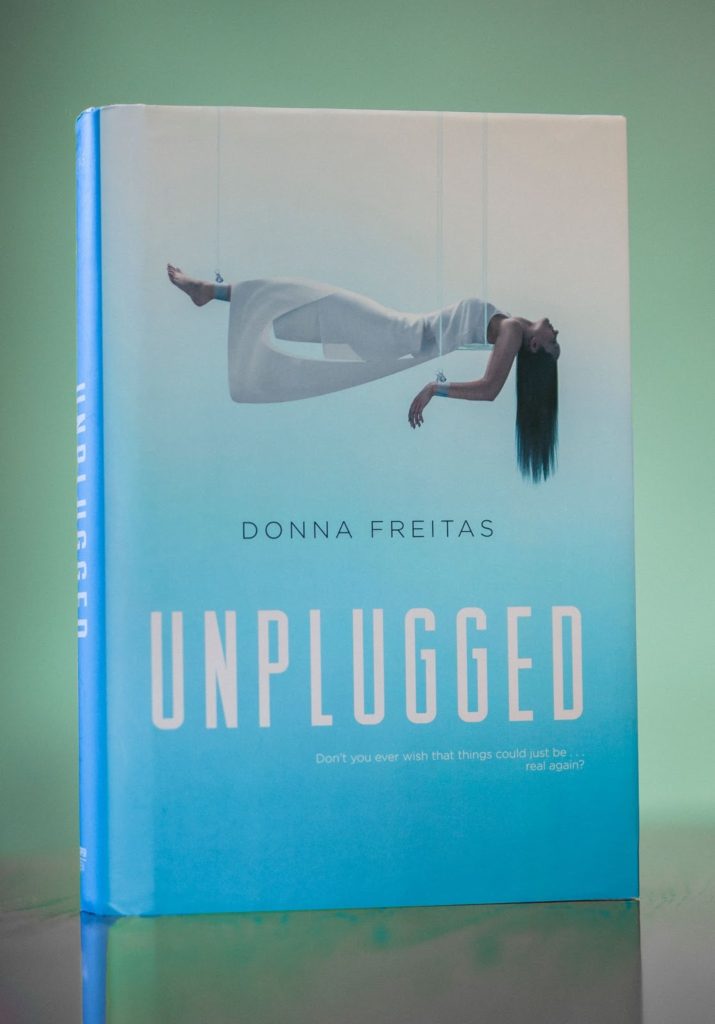 Life as humanity knows it will never be the same. Split between the app world and the real world, “Unplugged” by Donna Freitas encompasses the idea of living freely from the body through the mind, but at what cost?

The book was released in 2016, to become a three-part series. The other novels that follow are “The Body Market” and “The Mind Virus.” Those who are engrossed in reads such as science fiction YA novels will relish in this technological dystopian world. Donna Freitas has written other books such as “The Happiness Effect,” “The Tenderness of Thieves,” “Consent on Campus: A Manifesto” and most recently “The Nine Lives of Rose Napolitano.”

In “Unplugged,” the main character Skyler Cruz is sent to the virtual app world for a chance to live a more fulfilling life. Her mother and her sister Jude are stuck in the real world as “keepers” (those who take care of the bodies of those who decided to leave for the app world) because they can’t afford to plugin themselves. Those in the app world live a life that is carefree, not having to worry about a body weighing them down. Citizens of the app world are able to use “capital” (money) to glamourize themselves, utilize effects to show that they have fame or high status and play fun games. Just like the real world, there are celebrities such as Rain Holt, the son of the creator of the app world, and Lacy Mills. Anyone can watch them because they are recorded when not in private spaces.

In the real world, life isn’t as lax. People have to take care of their bodies and have to worry about dying, which is something those living virtually don’t have to worry about. Those in the app world are in constant pursuit of “The Cure,” the ability to live virtually without a body. As those in the virtual world live life normally, they don’t realize that the choice will be made for them as the borders between worlds close. No one can plug in or unplug. As Skyler is faced with the choice to unplug illegally, she has to confront the harsh realities of the real world and understand that the role she plays comes with great power.

Having read “Unplugged” on a few separate occasions I can thoroughly say the plotline is something I’ve never seen before. I really think the concept of “plugging in” stems from society’s rising use of technology and VR systems. The concept of physically feeling as if you’re somewhere else is something humanity has yet to explore beyond VR, but stories such as this one are foretelling that technology will eventually reach that conceptual level. This book is able to show us what life could look like for humanity if we don’t realize that there are costs to being “plugged in” constantly. I really enjoyed the characters, the underlying themes that society has to work through, and the development’s made in this first novel in the series. I recommend this book to anyone with an interest in technology, science fiction or dystopian genres.Readers would enjoy similar books such as “The Circle,” “Ready Player One” and “Scarlet.” If I were to rate this book on a scale of one (being poor) and ten (being excellent), I would rate this book an eight solely because the book is lacking depth, humor and dialogue. The storyline gives a thorough basis of what is going to be occurring in the following novels and spends a good chunk of the plot exploring the virtual world alone. This is a positive aspect as it allows the reader to visualize what it would actually be like if they could be there. The story did feel like it was dragging out for too long which could make readers not want to read on. We also don’t see as much character development in this first novel as some readers would prefer. Despite what the novel lacked, the overall arc kept me interested, wanting more and left me questioning what was going to happen next.