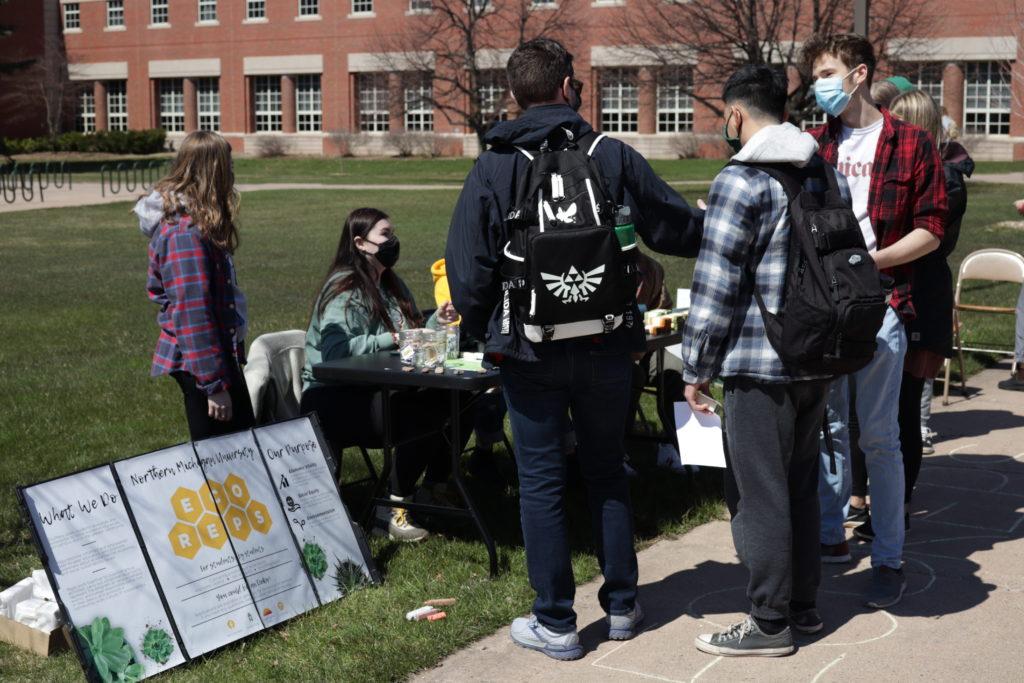 The goal of EcoReps is to encourage students and the university to participate in more sustainable actions on campus. They organize recurring workshop series such as Fix It Fridays and Mend It Mondays that teach participants how to repair their own clothing and objects instead of buying new ones.

Members of EcoReps are invited to volunteer at these workshops, but also at places such as the Michigan Ice Fest and NMU hockey games where EcoReps work to make the events Zero Waste by helping people sort their waste and avoid throwing things in the landfill unnecessarily.

Recently, EcoReps has gained a new purpose with the creation of the Green Fund in Fall 2020. The Green Fund is a $5 optional fee paid by students every semester that is then used to pay for sustainability projects proposed by students.

Any student or group of students with an idea can propose a project to EcoReps who will then review the proposal and send it off to the university Sustainability Advisory Council for approval.

“It just takes people who have a project and Northern is the kind of place where you can make that happen,” Jessica Thompson, EcoReps faculty advisor and professor of business, said. “We’re small enough and agile enough that if you have an idea, we can get it to the next level and you can actually graduate seeing your thumbprint on the university.”

Currently, EcoReps is working on projects such as a campus wide composting and a sustainability board encompassing many other student organizations.

“It’s a work in progress but we’re really excited to end up happening which is awesome,” Alexis Giesey, senior environmental science major and executive director of EcoReps, said. “It makes Northern’s claim of having such a sustainable campus truer every day when we have that.”