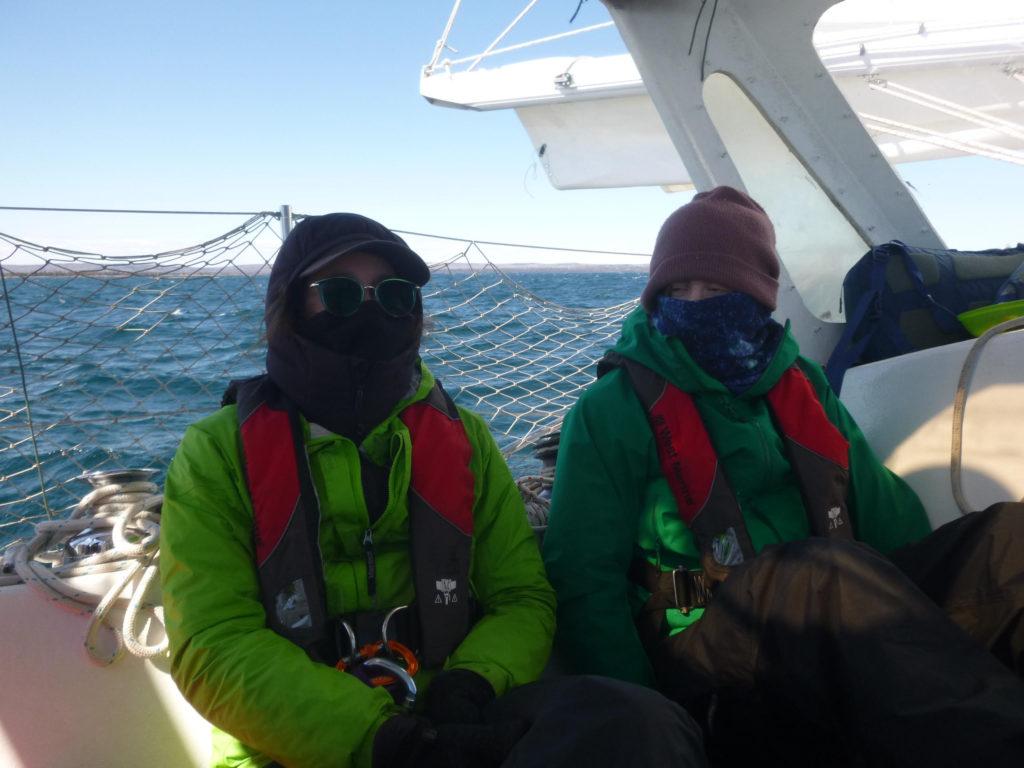 Lake Superior is not quite an ocean, yet to many who have not experienced a Great Lake, it might appear as one. The lake is home to local swimmers, kayakers, surfers and sailors who all have learned to respect and appreciate Lake Superior for the natural beauty and strength it possesses.

Mark and Katya Gordon have been sailing Lake Superior and other bodies of water together for many years. In 2014, they had been traveling and teaching students in schools near the lake when they decided to expand on the idea. Sea Change expeditions are Gordon’s passion. Together they traverse Lake Superior with a group of students or young adults and teach them about sailing, while also stopping at ports along the lake and teaching younger students about the lake, environment, climate change and more. Those who are a part of the expedition also teach the students.

During May of 2021, the Gordons took a group of students from multiple universities near Lake Superior. NMU biology major Katie Cothran joined Sea change expeditions out of a love for the environment.

“I heard about Sea Change through one of our skill builders on campus, this one was on climate change and the Sea Change expeditions. I have a sweet spot for self-sustaining gardening and I help run NMU’s community garden but this was definitely the next level in protecting the environment and educating others,” Cothran said.

Cothran is joined by Andrew Grace, Brandi Shapland and Isa Barrientos. The crew has been traversing Lake Superior since early May, living off of a small boat owned by the Gordons. They crew are often out at sea, but stop to dock every day or two.

“For everyday we are underway, we’re probably in a port for one or two days doing the schools. We’re kind of on a tight schedule, tighter than what most sailors like to be on, me included, but that’s the only way that we can get around. There’s a saying: ‘the lake is the boss.’ We really have to pay attention to the weather and sometimes we get stuck in port for longer than we want to,” Mark Gordon said.

Most of the crew did not have any prior sailing experience, but have been able to adapt well. Previous experience is not required, Katya Gordon said.

“Lake Superior is pretty cold and it is definitely hard work, but Mark and Katya do a great job. Both me and Katie have never sailed before and we are still loving it. The environment can be hard but Mark and Katya make it very doable,” Grace said.

Shapland has been comfortable during the experience, as she has done a significant amount of sailing Lake Superior over the past 4 years. Getting to know everyone and teaching young students about the lake has been exciting for her, Shapland said.

“I would suggest anybody to take that time to really sit with [Lake Superior] and take every chance you can to jump in when it is nice out. I have been jumping in it every morning and there is nothing as rejuvenating,” Shapland said.

Although the lake is beautiful, at times there are rough waters. With the shift of seasons and difficult to predict weather, conditions can turn harsh and make it impossible to sail at all.

“We had one year where all these things were scheduled in Marquette, but we couldn’t make it because the ice wouldn’t budge. We had another year actually where we came into Marquette just hours after the ice went out,” Katya Gordon said. “As we were sailing we knew the wind was gonna be in the right direction and we made it about 4 hours before it came in.”

Sea change expeditions are open to any students who may be interested. Information about how to join an expedition can be found on their website.

“You don’t have to have any sailing experience, all levels of expertise or not are welcome,” Katya Gordon said.