Watch out for riptides; lake safety 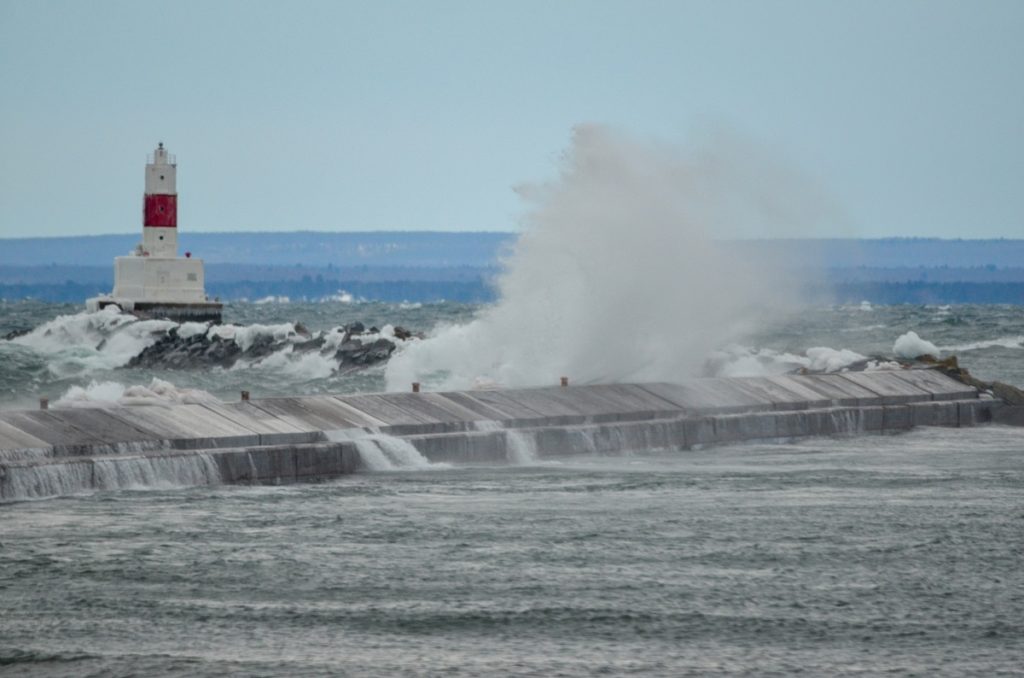 Summertime at the beach, a warm breeze and kids shouting at the temperature of the water are all familiar sights around the Great Lakes. While there is no chance of a shark attack on these waters, the danger of rip currents is a serious matter.

Students and tourists who are unfamiliar with Lake Superior put themselves at risk unknowingly. Sgt. Mark Leadman with the Michigan Department of Natural Resources, recollects a recent incident that occured on Lake Superior.

A mother was the only survivor of a family of five who failed to properly assess their kayak and overloaded it. The family was on Lake Superior with a single kayak, attempting to paddle to an island. The weather worsened during the paddle, and due to the weight and worsening waters, the kayak flipped and split the family in the water. A few attempted to return to shore, the mother remained with the kayak and another tried to swim to the island. Only the mother was able to be rescued, Leadman said.

“The group did not have the proper gear with them to make the 4-mile trip and they did not turn back as soon as the weather started to worsen,” Leadman said.

Incidents like this occur every year in Lake Superior. It is unfortunate and almost always a result of failure to follow proper guidelines. While there are many fun beaches to go around Marquette such as Little Presque, Hidden Beach and McCarty’s cove, it is important to be familiarized with those areas’ regulations and guidelines.

“There are several areas around Marquette that are notorious for rip currents that can pull swimmers out farther into Lake Superior, the most notable being the Picnic Rocks area in the city of Marquette,” Leadman said.

Biology major Katie Cothran, is sailing Lake Superior during May with Sea Change expeditions. During one of their stops they witnessed a dangerous situation where someone put themselves at risk.

“There was someone who went out on a jet ski in choppy cold weather during big waves and no one else had been out that day. About an hour later we saw the search and rescue team, it had to have been that one guy that went out. Always check the water and always have someone with you and always tell someone where you’re going,” Cothran said.

Autumn is when students may see a cluster of surfers at “The Zoo,” a surf spot on Presque Isle. This is an excellent place to surf when the waves are picking up during September and October, but those interested in trying out surfing or swimming in choppy water should be familiarized with how to escape rip currents.

“The proper way out of a rip current is to swim parallel to shore until you are out of the rip current’s path.  Then you can swim back to shore being sure not to re-enter the rip current,” Leadman said.

Leadman reminds students to always have a partner when entering the lake, and even if the lake appears calm there are still currents in the water.

Another hot spot for students is Black Rocks, a cliff where many have jumped off of and into the open water 20 feet below. The area is almost always bustling with locals, tourists and students looking to jump in. Also located on Presque Isle, students may wish to learn more about the area guidelines and regulations.

As for Lake Superior, Leadman shares guidelines when swimming.

“Only swim during daylight hours.  Always have a partner.  Do not stay in the lake too long as hypothermia can occur very quickly.  Swim where there are lifeguards on duty around the City of Marquette.  Do not consume alcohol before going into the water.  Know your level of experience and stay close to shore if you are a novice swimmer.  Bring a personal floatation device with you,” Leadman said. More information on places to go in Marquette can be found at TravelMarquette.com.